Winnipeg rises to a challenge

Mayor Brian Bowman could have sought to shift blame. He didn't. 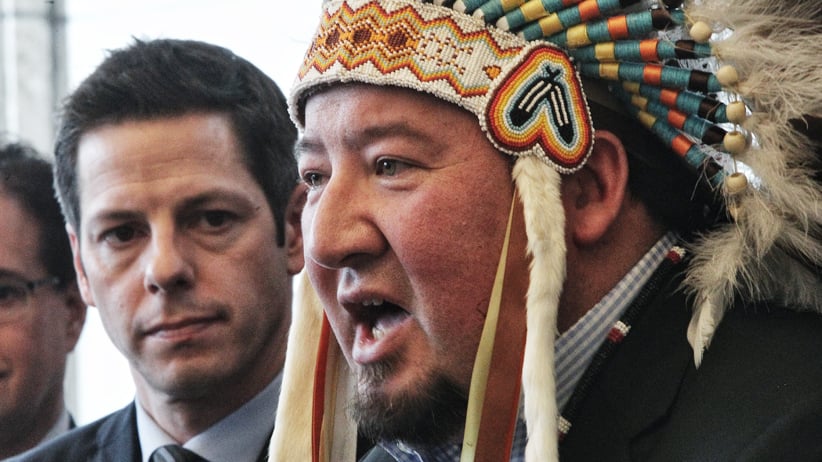 If there’s something we’ve grown used to at Maclean’s, it’s a certain kind of response to a certain kind of Maclean’s cover story. This magazine has always found a lot to celebrate in every corner of Canada, a country we have called “a blessed bastion of privilege, peace and freedom” and lauded, two weeks ago, as the best place in the world for a kid to be born. But we can be scrappy too, so we put Toronto’s mayor on the cover once, photoshopped into a trash bin, and it wasn’t even that other Toronto mayor, whom we… well.

The usual response to this sort of criticism is a kind of wounded sucky defensiveness, best exemplified by just about the nation’s (sorry, nations’) entire political class in response to our 2010 cover package on corruption in Quebec. The province’s deputy premier called on us to apologize, shortly before it was revealed that she really enjoyed taking free concert tickets from a crooked contractor. Federal minister of… something… Josée Verner bemoaned our willingness to besmirch Bonhomme Carnaval. And the entire House of Commons passed a resolution, deemed unanimous, expressing its profound sadness at us.

So when Winnipeg’s mayor, Brian Bowman, called a news conference in response to Nancy Macdonald’s devastating cover story on widespread racism in the Manitoba capital, I thought I knew what to expect. I was wrong.

Macdonald’s story hardly pulls punches. Winnipeg “is deeply divided along ethnic lines,” she writes. “It manifestly does not provide equal opportunity for Aboriginals. And it is quickly becoming known for the subhuman treatment of its First Nations citizens, who suffer daily indignities and appalling violence.”

We tweeted the cover last night and published the story online this morning. And the lunch hour wasn’t even over in Winnipeg when along came Bowman, who was elected last November, for a news conference backed by several local VIPs including Grand Chief Derek Nepinak of the Assembly of Manitoba Chiefs; city police Chief Devon Clunis; former AFN grand chief Ovide Mercredi; and others.

“Ignorance, hatred, intolerance, racism exists everywhere,” Bowman said. “Winnipeg has a responsibility right now to turn this ship around and change the way we all relate: Aboriginal and non-Aboriginal, Canadians alike, from coast to coast to coast.”

Already this was surprising. Bowman was not demanding Maclean’s apologize, or indeed anyone. “We are here together to face this head-on as one community,” he said.  He was careful to note what nobody would deny: that racism exists everywhere, not only in Winnipeg, and that the city is full of people who work hard to combat racism and its effects. But neither he nor the other speakers sought any bogus refuge in the fact that Maclean’s isn’t published locally or that it used nasty words in its article.

Mercredi also emphasized that racism is a big problem that ignores municipal borders, but added: “I want to thank Maclean’s magazine for the story that they did. And to challenge them to follow up with other stories of where individuals and groups have combatted racism in their particular communities and cities and have made a difference in race relations in their communities.”

I suspect we’ll be taking up Mercredi’s challenge over the next few weeks. It was, on the whole, an inspiring and morally serious response from officials who know very well that slogans won’t begin to heal the wounds Nancy Macdonald and Scott Gilmore document this week.

It’s so common to find public officials shifting blame instead of lifting burdens. That’s not the path Brian Bowman and his colleagues chose today. It was heartening.