2015 was Earth's hottest by a wide margin 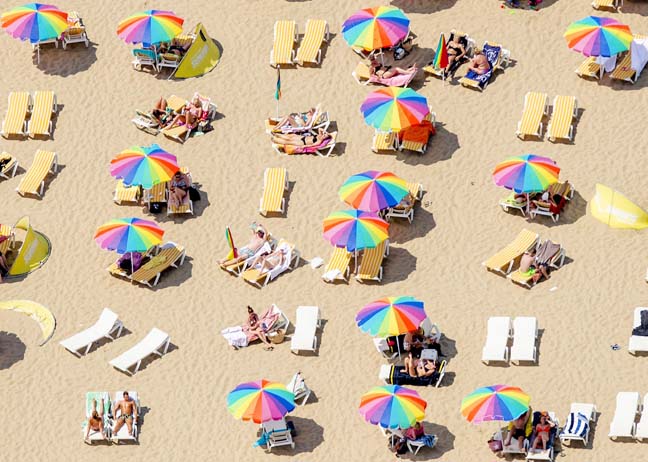 WASHINGTON — Last year wasn’t just the Earth’s hottest year on record — it left a century of high temperature marks in the dust.

The National Oceanic Atmospheric Administration and NASA announced Wednesday that 2015 was by far the hottest year in 136 years of record keeping. For the most part, scientists at the agencies and elsewhere blamed man-made global warming, with a boost from El Nino.

Because of the wide margin over 2014, NASA calculated that 2015 was a record with 94 per cent certainty, more than double the certainty it had last year when announcing 2014 as a record. NOAA put the number at above 99 per cent _ or “virtually certain,” said Tom Karl, director of NOAA’s National Centers for Environmental Information.

For the first time Earth is 1 degree Celsius (1.8 degrees Fahrenheit) warmer than it was in pre-industrial times, NOAA and NASA said. That’s a key milestone because world leaders have set a threshold of trying to avoid warming of 1.5 or degrees Celsius above pre-industrial times.

Because of the pace of rising temperatures, “we don’t have very far to go to reach 1.5,” Karl said.

But 1.5 or 2 degrees are not “magic numbers” and “we’re already seeing the impacts of global warming,” said NASA Goddard Institute of Space Studies director Gavin Schmidt.

“This trend will continue; it will continue because we understand why it’s happening,” Schmidt said. “It’s happening because the dominant force is carbon dioxide” from burning of fossil fuels like coal, oil and gas.

Although 2015 is now the hottest on record, it was the fourth time in 11 years that Earth broke annual marks for high temperature.

“It’s getting to the point where breaking record is the norm,” Texas Tech climate scientist Katharine Hayhoe said. “It’s almost unusual when we’re not breaking a record.”

December 2015 was the 10th month last year that set a monthly warmth record, with only January and April not hitting high marks.

In December, the globe was 2 degrees Fahrenheit warmer than normal, beating the old record set in 2014 by more than a half a degree, NOAA calculated.

Earth has broken monthly heat records 34 times since 2000. The last time a global cold month record was set was December 1916 and the coldest year on record was 1911, according to NOAA.

An added factor this year is the strong El Nino, a warming of parts of the Pacific Ocean that changes weather worldwide and adds to the globe’s heat. Michael Mann of Pennsylvania State University said a strong El Nino can add about a third of a degree of warming to Earth’s temperature but that “sits upon the ramp of global warming.”

Karl and Schmidt both said 2015 would have been a record without El Nino. “But El Nino pushed it way over the top,” Karl said.

And it’s likely to happen this year, too. Schmidt, Karl and others said there’s a better than even chance that this year will pass 2015 as the hottest year on record, thanks to El Nino.

“2015 will be difficult to beat, but you say that almost every year and you get surprised,” said Victor Gensini, a meteorology professor at the College of DuPage outside of Chicago.

Measurements from Japan, Britain and the University of California at Berkeley also show 2015 is the warmest on record.