A divided Germany, decades after the wall

The wall came down, but, 25 years later, Germans in the east and west are still struggling to get along 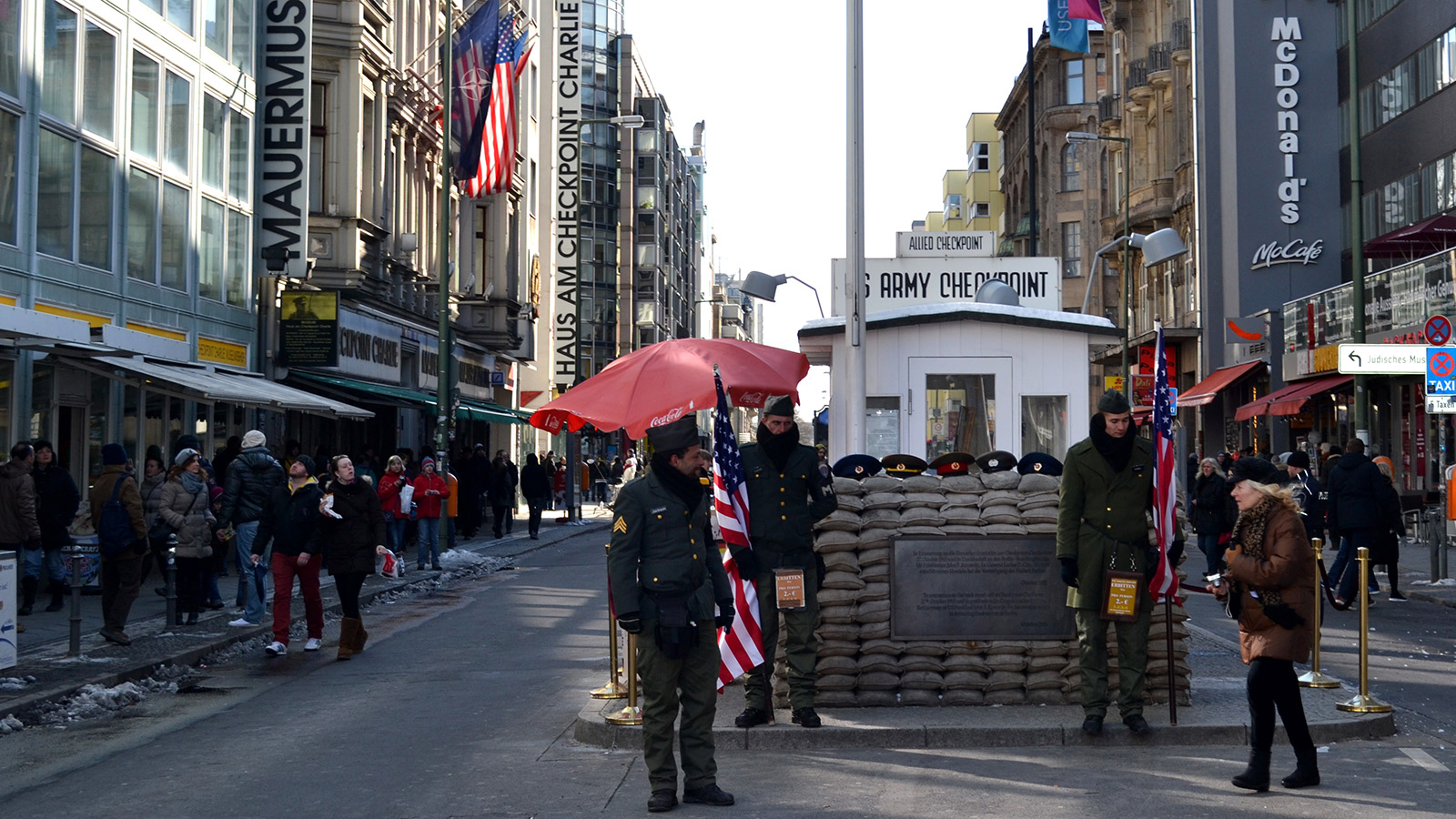 Almost 25 years ago, in November 1989, the Berlin Wall fell. Thousands of Germans gathered in the biting cold to embrace and weep and drink champagne, and to dance atop the concrete monolith that had, for nearly three decades, split Berlin in two. In 1990, East and West Germany were formally united—and West German chancellor Helmut Kohl predicted that the economically ravaged east, a member of the Eastern Bloc during the Cold War, would soon be reborn as “blooming landscapes.”

A quarter-century later, a kind of phantom wall still stands. Though western Germany has transferred some $3 trillion eastward over the past 25 years, GDP in the eastern states is only around 70 per cent of that in the west. Subsidy payments to the east are due to expire in 2019 and, already, conflict is brewing. Some westerners are growing impatient with the handouts, while easterners remain resentful of western prosperity. Meanwhile, cultural disunion also endures. Germans, declared the newspaper Deutsche Welle last year, still have “walls in [their] heads.”

In the decades after 1989, eastern Germany lost some two million people (around 13.5 per cent of its population). After years of being trapped—first in the post-Second World War Soviet occupation zone and then in the Communist German Democratic Republic (GDR)—many Ossis (easterners) wanted little more than to skip west, where blue jeans, bananas and business opportunities were plentiful.

But the early matrimony of the two Germanys was far from blissful. The free-market west was thriving; the east reeked of industrial decay. In response, the German government sold off eastern industries and, in 1990, launched an ambitious “solidarity pact,” through which western tax money would be pumped eastward. The subsidy program was meant to be temporary, but when the east failed to flourish, the transfers were extended.

The government’s latest “annual report on the status of German unity” claims some success at last. Speaking on a recent afternoon in his sleek Berlin office, Christoph Bergner, Germany’s bushy-browed unification commissioner, says Germany has “had great success integrating east and west.” Unemployment in the east is at its lowest since the early ’90s. Life expectancy and the birth rate have reached western levels. Most reassuring, the “great migration” of Germans from east to west has slowed to just 2,000 in 2012, down from more than 65,000 per year in the early aughts.

The report also reflects a new eastern psychology. In 1996, only 28 per cent of easterners agreed with the German proverb, “Everyone makes his own happiness”—compared with 47 per cent of westerners. (The question is meant to test self-confidence.) In 2012, that went up to 42 per cent in the east, compared to 48 per cent in the west. Since the early 2000s, one of the stranger trends in German culture has been ostalgie (or nostalgia for the east), which is either born of a yearning for old eastern values or a hipster embrace of Soviet kitsch.

Yet some argue that the report is misleading. The numbers, read another way, prove the unification project has stalled. “The pleasant language of the report does not always correspond to the hard facts,” Wolfgang Tiefensee, an economics spokesman for the German Social Democrats, told the Berliner Zeitung newspaper. “It’s a whitewash.” Big banks and big business remain in the west. At 10.7 per cent, unemployment in the east is still about twice as high as that in the west—and salaries are 20 per cent lower.

Even Canadian astronaut Chris Hadfield has weighed in (from outer space) on the legacy of the Berlin Wall. Last year, Hadfield tweeted a photo of Berlin at night, taken from the International Space Station. The image showed bright lights across the west and a dull yellow glow washing over the east. It turns out that many eastern Berlin street lights are still old and gas-powered; in the west, lamps are efficient and electric.

Unification commissioner Bergner says “there is no chance” of head offices being wooed east. Instead, the east must adapt. Bergner says the government is helping small eastern enterprises to “cluster” together for strength. It is also supporting public research and development—to overcome the east-west gap in private R&D.

But in the west, some want the state’s helping hand to be withdrawn. In January, the wealthy western states of Hesse and Bavaria asked Germany’s high court to consider the constitutionality of the solidarity payments. “We in Hesse feel solidarity, but we aren’t stupid,” Hesse’s finance minister, Thomas Schäfer, explained. “The volume of money is taking staggering proportions.” Bavaria alone paid about $5 billion to other German states in 2012. The government has yet to reveal specific plans for a way forward when the subsidies expire in five years.

Yet, for some easterners, the burden of the Berlin Wall still weighs heavily. In the old GDR, Germans did not contribute to state pension schemes—nor did they set aside much money for old age. Now, many of the adult children of elderly easterners must support their aging parents. At the same time, westerners are cashing in on their Boomer parents’ savings, accrued during the 1950s-60s “economic miracle.”

René Sadowski is a Berlin-based volunteer at Third Generation East, an organization that helps young adults from the east to connect to discuss their experiences. Sadowski was 14 and living in East Berlin when the wall came down; he says his world view is still tainted by seeing “the whole system go bankrupt” at a tender age. Sadowski is also helping to launch a research project that will study whether easterners and westerners have different management styles as a result of being “socialized in two different worlds.”

Sadowski points out that at school, he was taught little about the wall’s construction—or about those who lived on the other side. He believes that easterners his age were affected by the experience of coming of age in cultural and ideological isolation. The question now is whether the “fourth generation,” which never saw the wall in force, will also grow to feel its influence. In Sadowski’s case, there is cause for optimism; his eldest daughter recently asked him, “What was the wall?”