A kingdom united in name only

Brexit came to be a referendum on the future of the U.K.—and exposed a nation dangerously divided 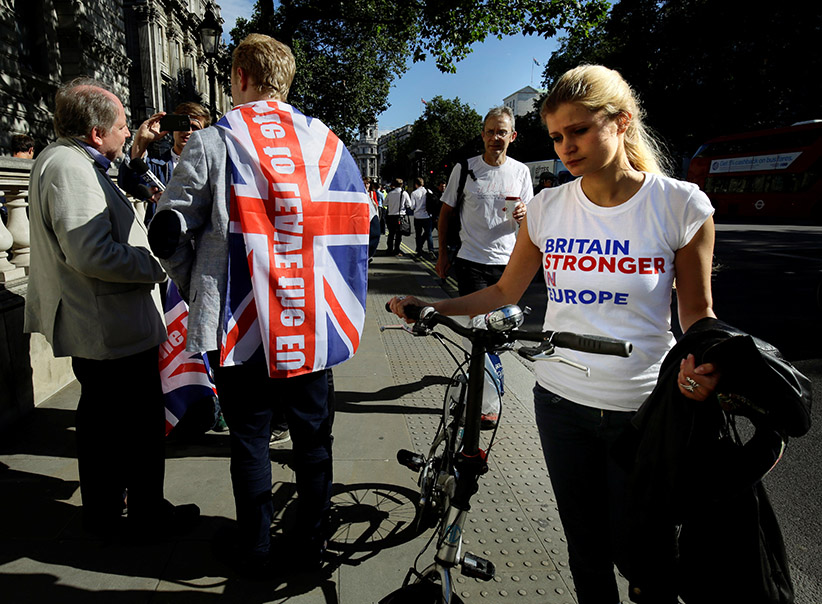 We got our country back. So now what?

This was the prevailing sensation across Great Britain as the nation woke up on Friday to a referendum result that, it’s safe to say, almost no one—not even many of those who vociferously campaigned for it—actually seemed to expect. To describe the result as shocking might seem irrational (the polls said it was going to be a squeaker), yet somehow, especially in the nation’s capital, that was exactly how it felt.

More than anything, the result revealed a deeply divided Britain, both culturally and economically. London and Scotland voted strongly to remain, and many other less prosperous and socially troubled regions (the so-called “forgotten Labour heartlands”) expressed their wish to leave. Young people voted overwhelmingly to stay (roughly 75 per cent backed Remain), while high numbers of prosperous, retired Conservative voters, many living in the country’s affluent rural home counties around London, voted “out.” And they were joined by unusual political bedfellows as many of the most beleaguered and disenfranchised members of the country’s working poor and unemployed expressed similar discontent.

For both the rich and poor Outies, the twin issues of immigration and a lost sense of national identity seemed to be the driving factors, but it is not clear how either will be immediately affected by the result. When you’re in a state of economic free fall—stock markets plunging, currency devalued, GDP and job market at risk with half your country in open cultural revolt—the feeling of togetherness is not exactly palpable.

One thing is obvious: Britain is a nation separated by a long and jagged cultural chasm that yawns larger by the day. What began as a plebiscite on an economic question driven by a rogue wing of the country’s ruling party, somehow evolved over the past few months into a referendum on the future of Great Britain as a whole. On the losing side were those who hoped for an outward-looking future of internationalism and increased diversity. On the winning side were the nationalists, the traditionalists and the lovers of little Britain—a tough-minded bulldog of a nation that takes orders from no one. Except of course, even with Brexit, that’s not strictly true. In order to survive in the global economy, Britain will still have to deal with its major trading partners, which means disentangling entirely from Europe is about as likely as this little island nation pulling up anchor and floating out across the Atlantic to join NAFTA instead. The United Kingdom now faces the prospect of achieving its everyday aims of economic and cultural stability without a seat at the bargaining table where its economic fate could be decided.

Nigel Farage, hard-right leader of the anti-immigration UK Independence Party, took to the airwaves Friday to gloat that this was “our Independence Day,” yet there was a strange initial silence from many of the politically moderate pro-Brexit campaigners. As the opening markets predictably spiralled, David Cameron trudged to the podium outside 10 Downing Street and announced his resignation, adding he will stay on until October until a new leader is in place. His voice broke at the end of his speech—a rare glimpse of emotion—but it’s safe to say almost no one in Britain, on either side of the debate, was shedding a tear for him.

Before morning was out, Boris Johnson and Michael Gove, the two most high-profile Conservative MPs to lead the Brexit charge, expressed their pleasure at a now-imminent Brexit. Gove, the justice secretary, said the vote was “in line with our best traditions,” while Johnson, the former mayor of London, expressed his not-entirely-believable “sadness” at the resignation of Cameron, his longtime political rival. He described the vote as a historic victory for Britain. The U.K., he enthused, would not be “in any way less united,” nor would it be “any less European” as a result. Meanwhile, Nicola Sturgeon, first minister of Scotland, hinted strongly of a second independence referendum for Scotland and vowed to do everything in her power to keep her country in the EU—a sentiment echoed by leaders in Northern Ireland as well. Hordes of angry teenagers, too young to vote, demonstrated outside Westminster while Londoners circulated petitions demanding the metropolis be transformed into a European city state.

With Cameron on the way out, it’s also widely expected Labour Leader Jeremy Corbyn will follow suit. In short, Britain is as politically and economically chaotic at the moment as an otherwise peaceful Western democracy could be without food shortages, natural disaster or war. It’s a mess. Whether you see this as a victory or a loss is still up for debate—but at this point, in Little Britain, what isn’t?