AP video journalist, translator and 4 others killed in Gaza blast 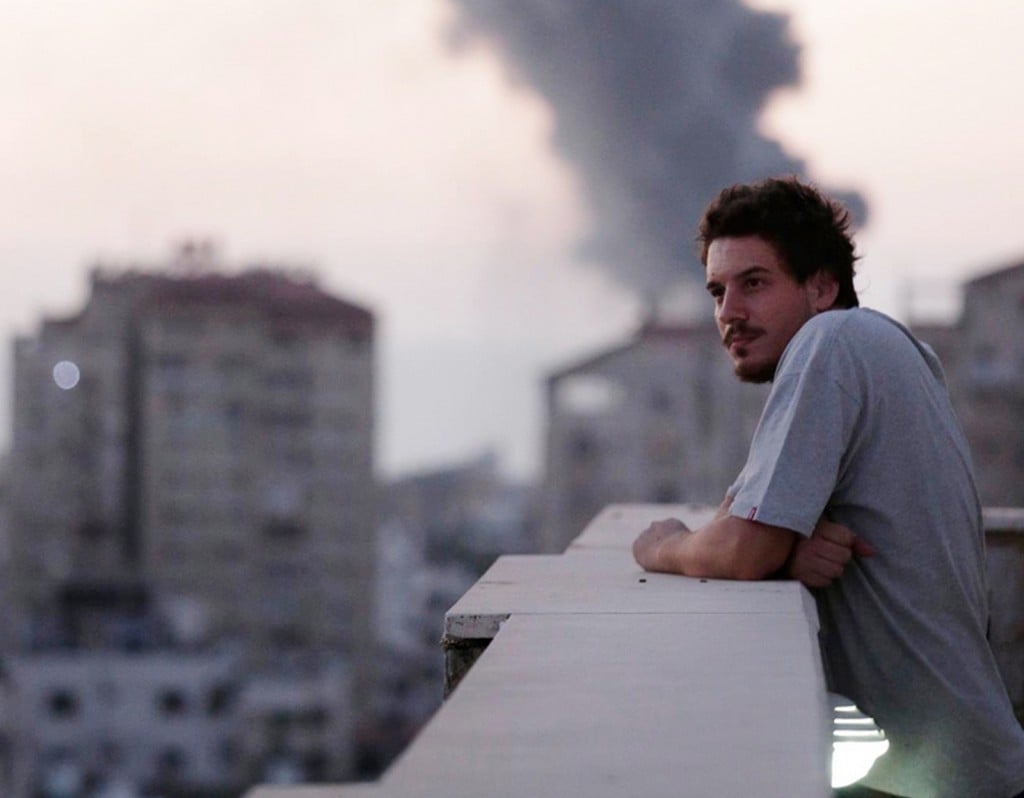 GAZA, Gaza Strip – An Associated Press video journalist and a freelance Palestinian translator were killed Wednesday when ordnance left over from the Israeli-Hamas war exploded as they were reporting on the conflict’s aftermath.

Simone Camilli and Ali Shehda Abu Afash died in a blast as Gaza police engineers were trying to defuse unexploded ordnance fired by Israel during the recent fighting.

Moussa told a colleague that they were filming the scene when an initial explosion went off. He said he was hit by shrapnel and began to run when there was a second blast, which knocked him out. He woke up in a hospital and later underwent surgery.

Police said the blast took place at a special site in the northern town of Beit Lahiya where authorities have collected unexploded ordnance to be defused. An official said an Israeli tank shell caused the first explosion, triggering a more powerful blast that included unexploded missiles dropped in Israeli airstrikes during a month of fighting.

Camilli, a 35-year-old Italian national, had worked for the AP since 2005, when he was hired in Rome. He relocated to Jerusalem in 2006, and often covered assignments in Gaza. He had been based recently in Beirut, returning to Gaza after the war began last month.

He is survived by a longtime partner and a 3-year-old daughter in Beirut, as well as his parents and two sisters.

Camilli is the 33rd AP staffer to die in pursuit of the news since AP was founded in 1846, and the second this year. On April 4, AP photographer Anja Niedringhaus was killed and veteran AP correspondent Kathy Gannon was badly wounded by a gunman in Afghanistan.

He is the first foreign journalist killed in the Gaza conflict, which took more than 1,900 Palestinian lives and 67 on the Israeli side.

Abu Afash, a 36-year-old Gaza resident, is survived by his wife and two daughters, ages 5 and 6. He often worked with the international media as a translator and news assistant.

“Simone was well known throughout Europe, and especially to our video team in London, where his death has hit AP deeply,” Gary Pruitt, the AP’s chief executive, said in a memo to staffers.

“As all of you know, this has been a very difficult year for AP,” he said. “As conflict and violence grows around the world, our work becomes more important but also more dangerous. We take every precaution we can to protect the brave journalists who staff our front lines. I never cease to be amazed at their courage.”

He said the AP was providing assistance to Camilli’s family.

Camilli was a welcome face in Gaza who loved the story so much that he recently turned down an assignment in Iraq to come to the seaside strip, said Najib Jobain, the AP’s chief producer in Gaza.

Diaa Hadid, a longtime colleague, described Camilli as warm and funny. “To think he is not here is really just too much,” she said.

Over the years, he worked on major stories across Europe and the Middle East, including the independence of Kosovo, the war in Georgia, the arrest of Bosnian Serb military leader Radko Mladic, the 2006 war between Israel and Lebanon, Hamas’ takeover of Gaza, the resignation of Pope Benedict XVI. Most recently, he had covered the rise of the Islamic State in Iraq and the Syrian refugee crisis.

Chris Slaney, the former senior producer in Jerusalem, said he brought Camilli to the region during Israel’s war against Hezbollah in 2006, and “he immersed himself in the Middle East story, which unfortunately is mostly a story of conflict.”

“He was incredibly calm, mature beyond his age, gentle and the friend that everybody wants to have,” Skaro said.