Australia's politics can lead to thrills. But that's about it.

Australia's leadership politics allow for some excitement, like the coup against Tony Abbott. But their system isn't a cure for what ails ours. 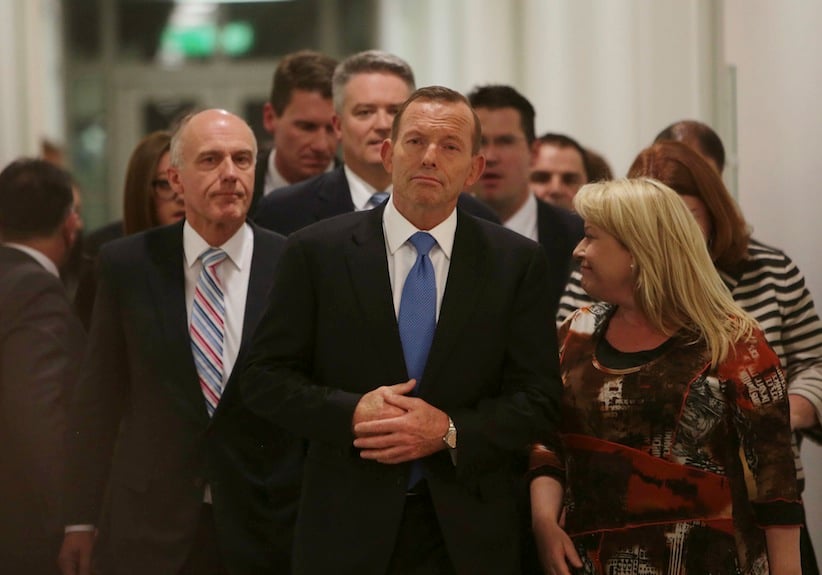 Well, you could hardly have a more exciting distraction from the Canadian election than an Australian leadership spill. We may not know much about our most distant Commonwealth neighbours—who do parliamentary business on the other side of the planet in an eternally familiar-distorted funhouse reflection of events up here—but we know they like to give their party leaders the heave-ho. It happens suddenly and without warning, providing a note of chaos that makes Canadian political lifers sigh with envy.

Yesterday’s putsch against Tony Abbott had all the classic ingredients. The stern faces marching past camera crews into a caucus room. The lists of rumoured factions. The hurried counting of presumed votes. The short stretch of suspense while speculation runs rampant. And then the news: a new prime minister! It took about as long as Subway needs to toast a ham sandwich.

Here in Canada, where we’re in the 47th month of an election campaign that’s scheduled to last until just after your next hip replacement, process nerds were weeping in the streets. And I don’t want to make fun of that instinct, except I can’t seem to help myself, but let’s try to take it seriously for a while.

The Australian process by which parties select their leaders seems at first like a remedy for so much that ails our own politics. If ordinary MPs can oust a leader, the leader will then be required to listen to ordinary members. No autocratic leadership is possible, because it’s the ordinary representatives of the people who hold the whip hand. This simple reform—not even really a reform, merely a return to the way parties picked their leaders before the mid-20th century—implies, or requires, or would flow from, other changes, such as eliminating party leaders’ veto over nominations of party candidates in every riding in the country. As it stands now, the leader signs the candidate’s nomination papers. That means you have to suck up to the leader to even hope for a nomination. If that ends, then the flow of power is reversed. It’s pooled at the bottom and attenuated at the top. It starts to look more like a democracy.

So that’s the theory, and that’s why critics of our autocratic national politics are so fascinated by Australia. It’s no surprise that Michael Chong, the Conservative MP who authored the so-called Reform Act, an attempt to implement Australian-style reforms to Canadian leadership politics, has written of his admiration for the Australian model.

What’s less clear is what, precisely, we are to admire. 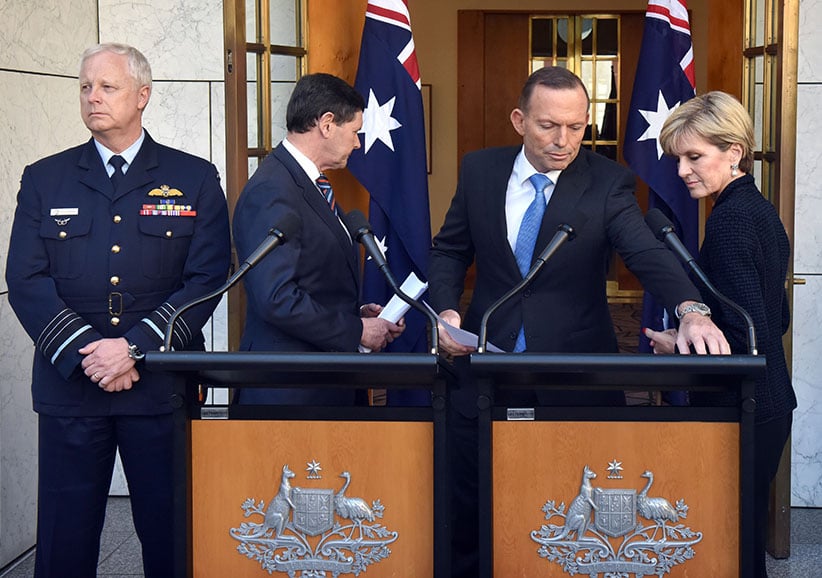 Monday’s was the sixth “spill,” or attempt at a caucus-organized putsch, against the leader of an Australian party in power in just over five years. Several have been successful. The most amazing cases were in Labour, when it was in power: Kevin Rudd was the prime minister until 2010, when his deputy, Julia Gillard, replaced him in a caucus vote. Then Rudd tried to take the top job back less than a year later, and again a year after that, before succeeding in June 2013. That put Rudd in the top seat just in time to lose the election a few months later.

Rudd lost to Abbott’s conservative “Liberal” coalition (everything’s upside-down in Oz), which Abbott led because he’d taken the leadership from Malcolm Turnbull in a 2009 spill, thus allowing Abbott to lead without much trouble, until Turnbull took the job back from Abbott this week.

This is asinine. How much time do you suppose anyone spends thinking about running their government departments in Australia? Kevin’s fighting with Julia, while across the way, Tony goes after Malcolm, while each protests that the party on the other side of the aisle is full of low schemers. Nor have I noticed that Australian politics features a noticeably higher level of thoughtful policy entrepreneurship from enlightened, and empowered, backbenchers. It’s closer to the truth that everyone in each caucus protests their utter fealty to the leader in place, until the day arrives when they must betray the leader in public—assuming they have the votes lined up. Because if they don’t, they still think the leader is great. I’m not feeling the surging power of the man in the street running through any of this.

The last thing to say about Australian-rules leadership politics, in my eternal quest to stay in the bad books of process mavens everywhere, is that caucuses already have the power to stand up to party leaders in Canada now. The Alberta Progressive Conservatives showed that when they sent Alison Redford packing, and the federal Liberals did the same when they replaced Stéphane Dion, with no particular fealty to their own internal party rules after the 2008 coalition crisis. That each party found a deeply inferior substitute for the leader it had ditched is neither here nor there, though it is kind of amusing.

If a caucus can’t work with its leader, it finds a new one. And if an ordinary member simply reaches around to feel it, he will often discover a spine just waiting to be used. Mike Chong did that, and Maxime Bernier, and a small but real cohort of other Conservative MPs, even in Stephen Harper’s caucus.

The Australians have built a wonderful country with their odd systems, and so have we with ours. Reform is not out of the question in either land, but each is a lesson to the other that reform usually replaces problems with different problems.