Ban Ki-moon says including women in peace negotiations pays off 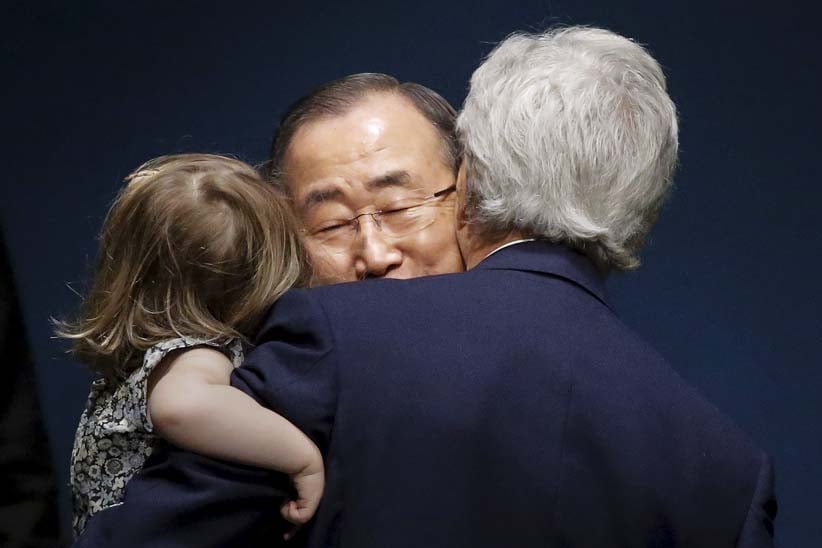 Making sure women are a key part of negotiations to end conflicts pays off in longer-lasting peace deals, Secretary-General Ban Ki-moon said Tuesday.

The U.N. chief cited one finding among many: “Peace accords are 35 per cent more likely to last at least 15 years if women are at the table.”

Ban told the U.N. Security Council that “more women than ever before are making decisions for peace and security in the halls of governments and international organizations,” citing the Colombia peace talks.

However, the secretary-general expressed anger at the meeting on Women, Peace and Security that women continue to be excluded and ignored in many peace processes, humanitarian programs and peacebuilding plans.

“Look at the pictures of peace negotiations on Syria or Yemen,” Ban said. “There may be one woman at the table or in the delegation. This is fully representative of the general picture.”

The secretary-general urged the Security Council to put women and girls at the centre of U.N. peace operations, and to consider ways to make peace negotiations more diverse.

“After more than 5 years of advocacy, this has not happened,” he said. “Clearly new ideas and stronger action are needed.”

Phumzile Mlambo-Ngcuka, the head of UN Women, told the council that on the plus side, the percentage of peace agreements containing provisions on gender equality has increased from 22 per cent to 70 per cent in the last five years.

But she said that in Mali, there was only one woman out of 62 members of the committee in charge of monitoring and implementing the West African nation’s peace agreement.

In Iraq, Mlambo-Ngcuka said, there wasn’t a single woman in the four command groups administering the return of people to liberated areas. And in the Central African Republic, following its recent transition and election, women’s representation in national institutions has dropped to 8 per cent, she said.

Mlambo-Ngucka urged the council and all countries to end the “extreme marginalization of women in public life and decision-making.”