Britain heads to the polls, with no clear result in sight

If no party wins outright, it may take days or weeks of negotiation to forge a workable government 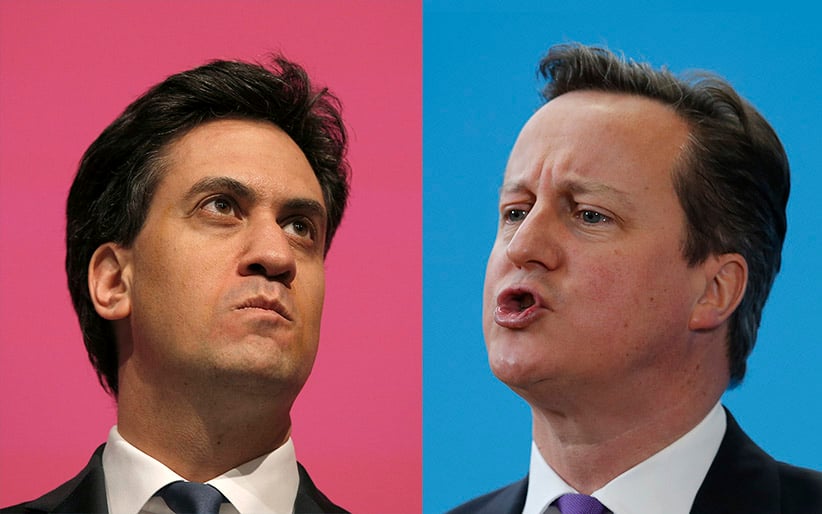 LONDON – Voters headed for the polls across Britain Thursday, in a contest that is expected to produce an ambiguous result, a period of frantic political horse-trading and a bout of national soul-searching.

Prime Minister David Cameron’s Conservatives and Ed Miliband’s Labour Party are running neck and neck, and neither looks able to win a majority of Parliament’s 650 seats.

Many voters are turning elsewhere – chiefly to the separatist Scottish National Party, which will dominate north of the border, and the anti-immigrant U.K. Independence Party. UKIP is third in opinion polls but Britain’s electoral system means it can win at most a handful of seats.

If no party wins outright, it may take days or weeks of negotiation to forge a workable government.

Labour leader Ed Miliband cast his vote early alongside his wife, Justine, in northern England. Early voters were bemused to find photographers, reporters and television crews waiting in the middle of the briefly closed-off road in Miliband’s Doncaster North constituency.

UKIP leader Nigel Farage also voted early in the southeastern constituency of South Thanet, and then tweeted: “I can’t tell you who I voted for!”

In the bright early-morning sunshine in London, voters gathered to cast ballots at a polling station close to Parliament as police stood guard.

Signs of the unfolding political drama were all around. The squares opposite Parliament were packed with temporary outdoor television studios, while commuters picked up newspapers urging voters to the polls.

Alexis Thomas, 34, a doctor, was mindful of all the predictions of a dead heat and wanted to make her voice heard.

“Because it’s so tight, I think that if I didn’t come out and vote, and didn’t get the result that I wanted, then I’d only have myself to blame,” Thomas said – though she wasn’t saying what result that was.