Britain wakes up to the end of home ownership

The notion of home ownership has been close to the heart of successive British governments, but in the age of Generation Rent that dream has died 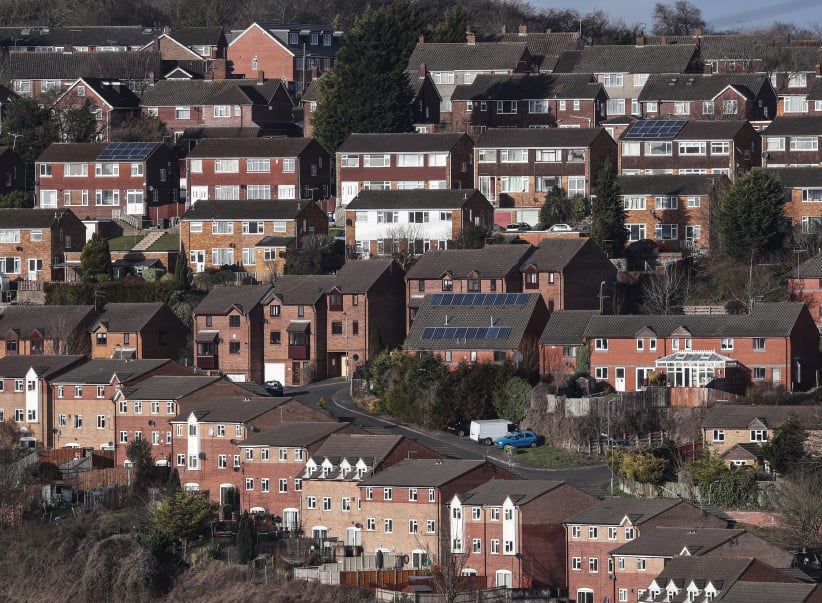 An Englishman’s home is his castle, so the old saying goes. But what if that castle is a rented apartment with no long-term security, financial or otherwise? This is the question several successive British governments have struggled with—and ultimately tried to ignore—over the past decade or so. But despite all the promises of affordable new builds, the great British housing crisis persisted and gained momentum, leaving an increasing number of poor Britons homeless and millions in the middle class renting privately when they’d much prefer to own.

But now it’s official: For all but the dwindling few, the long-cherished dream of British home ownership is over. Even the Tories are admitting it, which in policy terms is a first. Ever since Margaret Thatcher’s hugely successful Right to Buy program transformed the U.K. market in the 1980s (by allowing millions of working class Britons the option of buying their government-subsidized homes at a reduced cost), the notion of home-ownership-for-all has been close to the heart of successive British governments. But with the coming of age of the rather sickeningly-named Generation Rent, that dream has died. Britain might be leaving the EU but its rent-based property market is starting to look more like France or Spain, where letting for life is the norm.

Last week, housing minister Sajid Javid, released a white paper setting out the May government’s plan for housing policy in the coming years. The new plan promised to put more pressure on developers to build low cost rental accommodation as well as making renting more “family friendly” and secure. All in all, the government says the U.K. will need to build 250,000 new homes per year in the coming decade to even begin to keep pace with the demand for housing. It also proposed banning rental agents fees and incentives for landlords to negotiate longer term leases with tenants so renters can have some long term peace of mind (at present, all leases in the U.K. are just six months and real estate agents control the market, charging eye-watering fees and pumping up rents to their highest market value).

On the BBC’s Radio 4, Javid said “the housing market in this country is broken”—a startling climb down from the long held Tory line that home ownership is an achievable middle class aspiration. Even as recently as the last election campaign, David Cameron spoke of Britain as a “home-owning democracy,” but Javid admitted that all that has changed—perhaps forever.

As he told the BBC: “Walk down your local high street today and there’s one sight you’re almost certain to see: young people, faces pressed against the estate agent’s window, trying and failing to find a home they can afford.

“With prices continuing to skyrocket, if we don’t act now, a whole generation could be left behind. We need to do better, and that means tackling the failures at every point in the system.”

According to Shelter England, average house prices in Britain are now almost seven times people’s incomes. And in the last decade, home ownership fell for the first time since records began. Additionally, there are now more than nine million renters in private rented accommodation including almost 1.3 million families with children. The number of homeless households has also risen to more than 50,000.

In 2015, levels of home ownership among Britons dropped below that of the French—a nation famous for its renting middle class. Currently, roughly 64 per cent of Britons own and occupy their own homes, a number that plunged down from the all-time high of 71 per cent in 2003.

The practical problem, of course, is simple lack of affordable housing—and successive governments have been setting ambitious building targets and failing to meet them for over a decade now.

But the deeper problem is cultural. If there is anything that can be classified as the “British dream” (apart from drinking unlimited quantities of tea and alcohol) it’s the right to own your own home and later sell it for a staggering profit. As the French writer Agnes Poirier wrote bemusedly in the Guardian last year, this has long been the British way, ever since capitalism replaced feudalism. In London, Poirier quickly learned in her 20s, “you needed to get your foot on the property ladder as early as possible, with the help of family if possible, the complicity of a bank manager and the madness to think that you could live happily with the burden of a 25-year mortgage so big you would need to share your home with a lodger and restrict your evenings out until at least your 30s. If you failed to do so—as I did—you were considered at best eccentric, at worse a failure.”

Many Britons will need to re-evaluate their expectations on home ownership in the coming years. As income inequality deepens and Generation Rent becomes less a demographic blip than the cultural norm, the need for affordable and secure rental accommodation will only grow. Let’s hope this time, the government takes it seriously.