Cubs were born July 29 in the southern city of Guangzhou 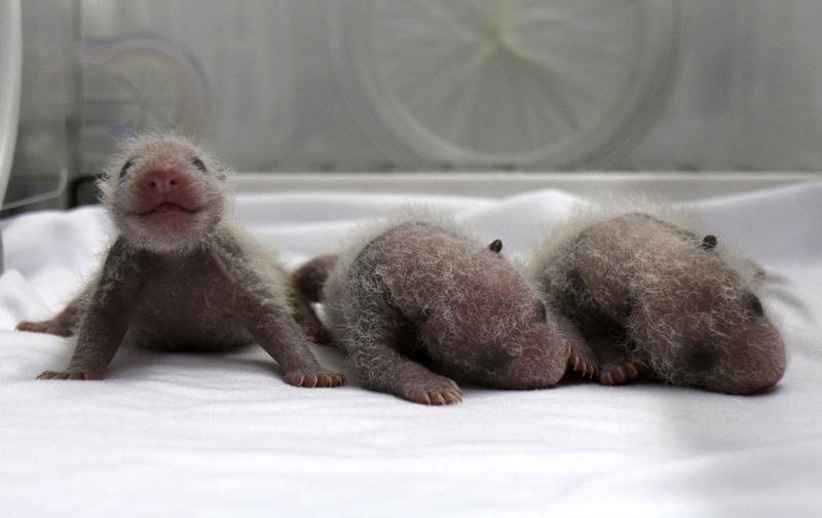 The three cubs were born July 29 in the southern city of Guangzhou, but breeders delayed an announcement until they were sure all three would survive, the official China News Service said.

The mother, Ju Xiao, and the three as-yet-unnamed cubs are healthy, the agency said. Photos showed the three sleeping and standing in their incubator, their bodies pink and mostly hairless. Ju Xiao was impregnated in March with sperm from a panda living at a Guangzhou zoo.

There are about 1,600 giant pandas in the wild, where they are critically endangered due to loss of habitat and low birth rates. More than 300 live in captivity, mostly in China’s breeding programs.