'Mr. Chretien was clearly not representing the government of Canada at this meeting,' says PM's spokesman 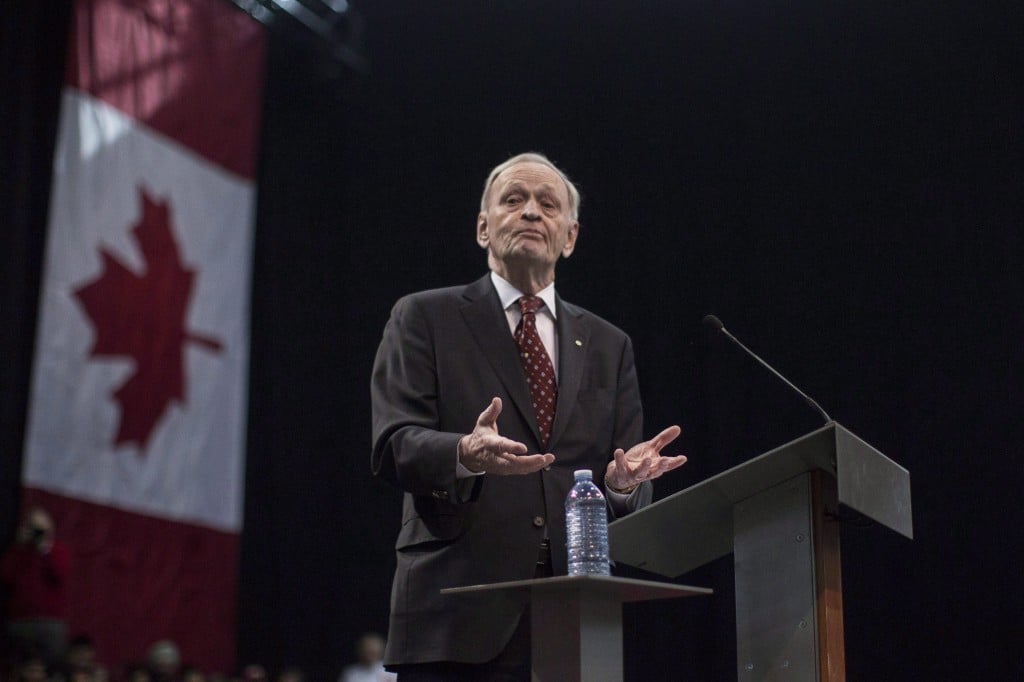 And Defence Minister Jason Kenney said he hopes Chretien used the opportunity to deliver the same message the Conservatives always send these days to the Russian leader — get out of Ukraine.

The reports by Russia’s news agency that Chretien met Putin in one of his palaces near Moscow on Thursday appeared to catch the Conservatives off-guard.

The meeting was a slap to the government of Prime Minister Stephen Harper, which has moved to politically isolate the Russian leader, blaming him for the unrest in Ukraine and Russia’s annexation of Crimea last year.

“I haven’t been briefed on what happened. I’m not sure if Mr. Chretien has chosen to brief our mission in Moscow. We would be curious to know what was discussed,” Kenney said during a symposium in Ottawa on Canada’s security relations with the European Union.

“All I can tell you is that the government of Canada has taken whatever opportunity we’ve had in meeting Mr. Putin, such as Prime Minister Harper’s brief encounter with him at the margins of the G20 in Melbourne, to be very clear about our insistence that Russia get out of Ukraine.

“We would hope that Mr. Chretien would have taken — availed himself — of the opportunity to convey the same message.”

Harper has avoided direct contact with Putin, save for a brief and memorable handshake at the G20 summit in Australia last year, at which he tersely told the Russian leader to “get out” of Ukraine.

“Mr. Chretien was clearly not representing the government of Canada at this meeting,” Lecce said in an email. “Our government’s position on the Putin regime is clear.”

A spokesman for Chretien did not respond to a request for comment.

In the TASS news agency report, Putin is seen smiling at Chretien, with the two men seated in gold-and-white arm chairs in an ornate room.

“It’s well known they have friendly relations or I’d even say relations of partnership,” he continued.

Unlike his fellow G7 leaders, Harper has chosen not to engage Putin over the crisis in Ukraine and has used some strong language to personally blame the Russian leader for it.

The Russians have also hit back at Canada, most recently when its embassy in Ottawa said it is both “counterproductive and deplorable” for the government to deploy 200 Canadian Forces soldiers to Ukraine as trainers to improve the combat skills of troops there.

The Canadian Forces trainers will bring Ukraine’s soldiers and national guard up to a higher standard so they can better repel Russian aggressors, Klimkin told a news conference in Ottawa.

Canada’s move can hardly be considered provocative, given that Russia has already compromised Ukraine’s border by sending in mercenaries and heavy weaponry, he added.

Kenney has said the Canadian troops will be 1,300 kilometres away from Ukraine’s restive eastern regions.

Klimkin was in Ottawa to meet Foreign Affairs Minister Rob Nicholson, who announced seven new projects worth $14 million to strengthen human rights, improve access to justice and give support to civil society in Ukraine.