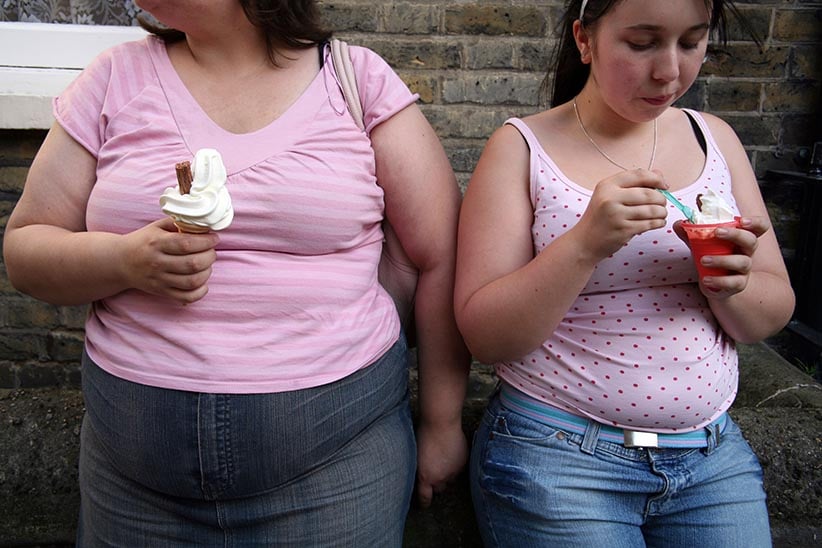 British Prime Minister David Cameron has come under increasing pressure to introduce a national sugar tax on sweet processed foods, candy, and soda pop after an exhaustive new study, released in Britain this week, underlined the deleterious health effects of excess sugar consumption. The report by Public Health England, entitled “Sugar Reduction: The Evidence for Action,” paints a startling picture of a nation addicted to sweets in the form of processed foods with additives. According to the report, most Britons get between 12 and 15 per cent of their daily calories from refined sugar, when the recommended amount is just five per cent.

The report blames the burgeoning obesity epidemic on the nation’s excessive (and indeed historic) love of sweets. According to the latest figures, roughly 25 per cent of the British population is considered obese, and a further 35 per cent overweight. These numbers, while not quite as high as in the U.S. (where the obesity rate hovers around one-third of the population), are on the rise and estimated to cost the National Health Service around $10 billion per year. Particularly worrying are the figures on children, which show that 19 per cent of 10- to 11-year-olds are obese and 14 per cent are overweight. On top of this, sugar-related tooth decay is becoming a serious problem and now affects nearly half of the country’s 12- to 15-year-olds.

While Britain has long been know for its love of jelly babies and licorice allsorts, until recently its obesity levels lagged well behind North American rates (the current Canadian rate is 29 per cent—lower than the U.S. but higher than Britain). But the rise of processed foods and alluring supermarket specials has ushered in an era of expanded British waistlines, as well as increased rates of heart disease and type 2 diabetes.

Both the British Medical Association and the head of the NHS endorsed the new report, which recommends a targeted strategy to cut the nation’s sugar consumption by more than half. Recommendations included taxing sugary foods at between 10 and 20 per cent as well as a ban on supermarket and restaurant offers and restrictions on advertising, such as the phasing out of character-driven advertising on sugary foods aimed at children (Tony the Tiger and the like). The report also recommended the government require food manufacturers to lower sugar content in their products as well as introduce legislation to ensure the availability of health foods in hospital cafeterias (similar standards were finally enforced for all school meals last year).

Jamie Oliver, the nation’s culinary conscience, has long been pushing the idea of a sugar tax for Britain. He appeared before Parliament’s health committee last week to urge the government to “act like a parent” when it came to urging the food and beverage industry to act responsibly. “I’m here today, most importantly, as a dad,” he said. Oliver told the committee he’d had a “robust” private discussion with the prime minister on the subject. But by all accounts Cameron has not been swayed.

Late last week, a spokesman for Cameron told the press that he did not want to see a sugar tax and had decided against it before even opening the report. While many public health advocates decry the prime minister’s stance, others support him, saying it is not the job of the government to determine individual diet. “It’s an unpleasant campaign, because it is hugely patronising,” wrote Alex Deane, an executive member of the People Against Sugar Tax campaign. “We all know that sugar isn’t good for us. From time to time, we choose to have it anyway. We eat sugary things because they taste good.” Ruby Lott Lavigna, writing for the left-leaning New Statesman, said the tax was classist, because it will just be a tax on the poor. “It will be a tax that, in effect, makes very little difference to the lives of the middle classes. Although its main aim would be to disincentivize, it would most likely just penalize.”

While scientists continue to debate the possible addictive qualities of sugar, there is no doubt about the link between its increased consumption and rising rates of obesity. A sugar tax, health advocates insist, could work to avert a public health crisis. There is some precedent for this, too—in Mexico, a 10 per cent sugar tax was introduced on fizzy drinks and has led to a six per cent reduction in sales.

Cameron is standing firm in his commitment not to tax the nation’s sweets. It will be interesting to see if he can withstand the growing calls for action. “Why would the government ignore such evidence?” Oliver said angrily last week. “For the answer we have only to look at the pressures exerted by the powerful food and drinks lobby, which has been reluctant to accept even the simplest solutions to the sugar epidemic.”