America's dangerous liaisons: Asking Iran to be a friend 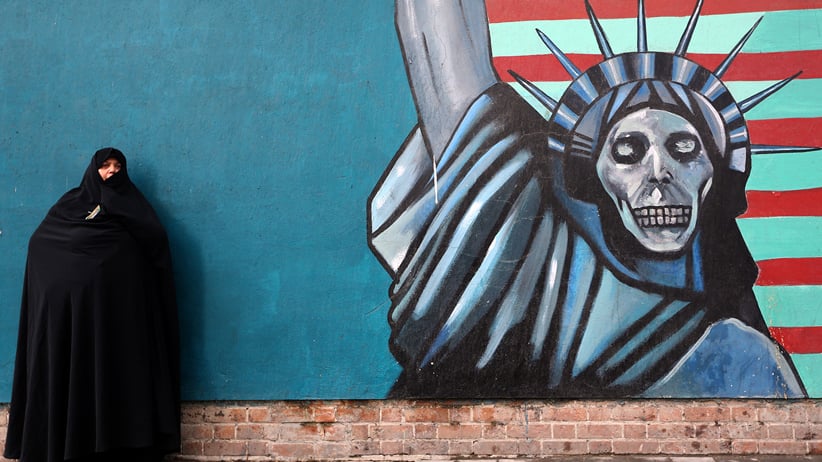 Last month, American President Barack Obama sent a secret letter to Iranian Supreme Leader Ayatollah Ali Khamenei. In it, according to the Wall Street Journal, Obama linked the prospect of greater American co-operation with Iran against Islamic State—a violent Sunni militant group that has taken over large chunks of Iraq and Syria—with Iran’s willingness to reach an agreement over its nuclear program.

By proposing such a partnership, Obama is potentially preparing a shift in an element of America’s strategy in the Middle East that has barely changed for 30 years. Ever since the Islamic Revolution of 1979, America’s stance toward Iran has been hostile. Brief instances of co-operation—in Afghanistan and Iraq, early in both of those wars—are exceptions to the larger trend of isolating the Shia regime in Tehran and of nurturing alliances with Sunni states in the region and with Israel.

Obama symbolically broke from that tradition early in his presidency by reaching out to Iran. In 2009, he recorded a video greeting on the occasion of Nowruz, the Persian New Year. Soon after, Obama sent his first letter to Khamenei, reportedly expressing his hopes that relations between their countries could improve.

For years, Obama’s efforts went nowhere. His 2009 letter to Khamenei was followed by Iran’s disputed presidential election that resulted in the continuation of Mahmoud Ahmadinejad’s virulently anti-American presidency—and the murderous suppression of demonstrations protesting the election results. But Hassan Rouhani’s election as president last year seemed to signal a genuine possibility of rapprochement. Rouhani campaigned on a pledge to improve Iran’s relations with Western countries. While visiting the United Nations in New York a few months later, he spoke by phone with Obama about their mutual desire to secure an agreement on Iran’s nuclear program—which Tehran claims is peaceful, but which most Western countries believe is geared toward developing nuclear weapons.

Sure enough, last November, Iran and six world powers reached an interim agreement to freeze part of Iran’s nuclear program in exchange for an easing of some economic sanctions.

Now, as an end-of-month deadline on a final agreement looms, and with American and Iranian interests in the Middle East overlapping and at times colliding, Obama is not quite proposing a so-called “grand bargain” that would completely normalize relations between the two countries. But he is expanding the potential scope of co-operation well beyond the nuclear file.

It’s a gamble. Obama’s presidency, however, is winding down, and his hands are increasingly tied on domestic matters. He may feel he doesn’t have a lot to lose. But his overtures to Iran are making some of America’s allies in the region—especially Israel—nervous.

“This terrorist regime in Iran must not be allowed to become a threshold power,” Israeli Prime Minister Benjamin Netanyahu said in a statement earlier this week, referring to reports that a nuclear deal with Iran is imminent. “Don’t rush into a deal that would let Iran rush to the bomb.”

Netanyahu said he has instructed his government to send letters to the foreign ministers of countries negotiating with Iran (America, Britain, France, Russia, China and Germany) highlighting recent calls by Khamenei, made on his English-language Twitter account, to annihilate and eliminate Israel.

Israel has long worried that an international agreement on Iran’s nuclear program would leave Iran capable of quickly weaponizing that program, even if it is not an explicitly military one. Its fears that America would accept such a deal has soured what was an already deteriorating relationship.

An article in The Atlantic last month quoted a senior official in Obama’s administration describing Netanyahu as “chicken-s–t.” Secretary of State John Kerry was forced to call Netanyahu to apologize—although Israeli officials can be equally critical, if less profane, when discussing the Obama administration.

“It’s obvious that Netanyahu and Obama beyond dislike each other,” says Yossi Mekelberg, a professor of international relations at Regent’s University in London. Mekelberg, also an associate fellow at Chatham House, notes that Obama has said peace between Israel and the Palestinians is in America’s interests. But Netanyahu, he says, has made Obama look “completely useless” regarding the peace process.

“We are no nearer to a peace agreement; probably we are further than ever. Kerry spent nine months trying to frame some sort of peace agreement and failed. Every week, there is another announcement of [Jewish] settlements. Of course, Obama feels that Netanyahu is obstructing a peace agreement,” he says.

Obama’s letter to Khamenei will further irritate Netanyahu, but the unease that Obama’s outreach has caused doesn’t end in Israel. “The Sunni Arab states will be absolutely beside themselves,” says Patrick Clawson, director of research at the Washington Institute for Near East Policy, referring to American allies such as Jordan and Saudi Arabia.

These states, he says, worry that a deal on Iran’s nuclear program would give Iran a freer hand to exert greater influence in the region. “This letter will be read as proof that this is in fact [America’s strategy],” says Clawson. Indeed, the contents of Obama’s letter reportedly offered an implicit recognition of Iran’s interests outside its borders by suggesting that Iran and America might co-operate in Iraq against the Islamic State group.

Some tacit co-operation already exists. Islamic State has been driven out of Iraqi towns it occupied though a combination of American air strikes, Kurdish peshmerga soldiers and Iran-backed Shia militias on the ground.

But Clawson says a genuinely symbiotic and functional relationship is unlikely. Khamenei, he says, has publicly accused America of creating Islamic State in the first place and then losing control of it. “I just don’t see any indication that the supreme leader sees any particular reason why Iran should work with the United States in this matter,” he says.

Obama’s letter supposedly framed the prospect of American co-operation with Iran against Islamic State almost as a reward for Tehran, should it sign a nuclear deal. But Mekelberg says Iran will likely want its own concessions from the United States, such as a guarantee that America will not topple the regime of Bashar al-Assad, an Iranian ally, in Syria.

According to Payam Akhavan, an associate professor of international law at McGill University, other concessions Iran might seek include quiet from the West regarding Iran’s domestic human rights abuses. “The number of executions is more today than it was during the Ahmadinejad presidency,” he says. “The repression of religious minorities has intensified. It seems that hardliners want to send a clear signal that strategic compromise in foreign relations does not translate into reforms at home.”

Broader rapprochement between Iran and America, or even just an agreement on Iran’s nuclear program, is likely to have costs. America’s allies will feel more exposed. America may discover that Iran is an impossible partner in places such as Iraq and Syria. But Obama is facing the final quarter of his presidency without any big foreign policy successes. He may feel that ending, or, at least, de-escalating, a generations-long standoff with Iran is worth it.