The presidents of the EU's main institutions say in wake of Brexit vote, London should act to leave 'as soon as possible' 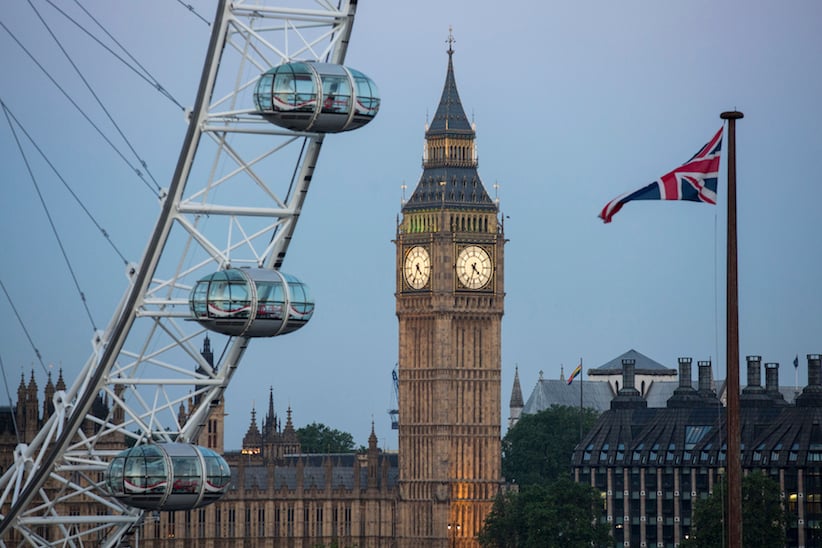 The presidents of the EU’s main institutions said in a statement Friday that they expect London to act on the decision to leave “as soon as possible, however painful that process may be.”

The four, including EU Council President Donald Tusk, said that “any delay would unnecessarily prolong uncertainty.”

Prime Minister David Cameron has suggested that formal notification of Britain’s departure might not come before October.

Leaders of the European Union now face one pressing, daunting challenge: how to keep the vision of a united continent from unraveling further, or even self-destructing, after the British people voted to quit.

The damning verdict of British voters was the worst setback to the EU since the germ of a more integrated Europe first took shape in the ruins left by World War II. And it threatened to be wildly contagious — before the ballots were all tallied, populist leaders in some of the EU’s founding nations were already clamouring for a vote on EU membership in their own countries.

“Hurrah for the British! Now it is our turn. Time for a Dutch referendum!” said Dutch firebrand Geert Wilders, chairman of the PVV party which is leading the Dutch polls. The jubilation was similar at the French National Front party of Marine Le Pen.

“Goodbye Brussels,” many happily shouted in Britain. At EU headquarters in Brussels, leaders were moving swiftly Friday to minimize chances that other member countries might seek the same exit.

With Britain’s departure, the 28-nation EU will have to do without the fifth economy in the world, Western Europe’s No. 1 military power, a diplomatic juggernaut and a reliable bridge to the United States and the rest of the global Anglosphere.

“This is a jump into darkness,” for the EU as well as Britain, said political analyst Dave Sinardet of Brussels University.

Tusk warned that British withdrawal “could in fact be the start of the process of destruction of not only the EU, but also of the Western political civilization.”

In retrospect, European leaders for too long didn’t take the groundswell of British discontent seriously enough, equating it only with the sometimes farcical oratorical performances of UKIP leader Nigel Farage.

But Farage’s joyful prediction Friday that the EU is dying no longer sounded so farfetched. So more than starting to think of grand new missions for itself, the EU needs first to stanch the bleeding and protect what it has.

All eyes will now turn to France and Germany, the reliable axis of the EU since its inception as the Common Market in 1958. But even there, the balance will change. With Britain’s departure, Germany will lose a pro-business ally, and the departure of the free-market island could turn the EU further toward the left.

Germany also punches far above France’s weight now, economically and inside EU institutions, and a Britain-free bloc will be even more subject to Berlin’s influence.

On the EU’s plus side, it is used to multitasking through numerous crises, and has a proven track record of muddling through to find compromises. For much of the past decade, it has had to fight the global economic crisis that already weakened support in much of its southern rim.

Then Greece threatened to tumble out of the eurozone group of nations that share the common currency, Russia annexed Crimea, and a million refugees on the EU’s borders had to be dealt with.

Despite all this, the European Union is still standing. But Jean-Claude Juncker, head of the EU executive, has direly labeled the body he has led since November 2014 “the last-chance Commission.”

Some EU governments may lobby for even greater European integration now that they will be rid of Britain, long the biggest thorn in the side of those seeking a more seamless and unified continent.

But in other, newer member nations like Hungary and Poland, distrust of all things EU is on the rise.

On Tuesday, EU leaders will hold a previously scheduled two-day summit, with the urgent priority what to do following the British vote. Some will be looking to punish Britain and make its exit anything but a cakewalk, if only to scare off copycats.

“If you leave, you have to assume the consequences,” said Belgian Prime Minister Charles Michel. After all, some have predicted Thursday’s vote might lead to the effective breakup of Britain, with pro-EU Scotland seeking a divorce from England. And the economic turmoil that may occur in an increasingly isolated Britain would discourage other EU members from following its example.

At the same time, the pressure has increased for the EU to reinvent itself by getting closer to ordinary citizens who increasingly are critical of what they see as an aloof elite. Though by many accounts the greatest setback in EU history, the British withdrawal may also offer an opportunity.

“I always remember what my father used to tell me: What doesn’t kill you, makes you stronger,” Tusk said Friday.