Fatherhood 101: Near Manila, a school for stay-at-home dads 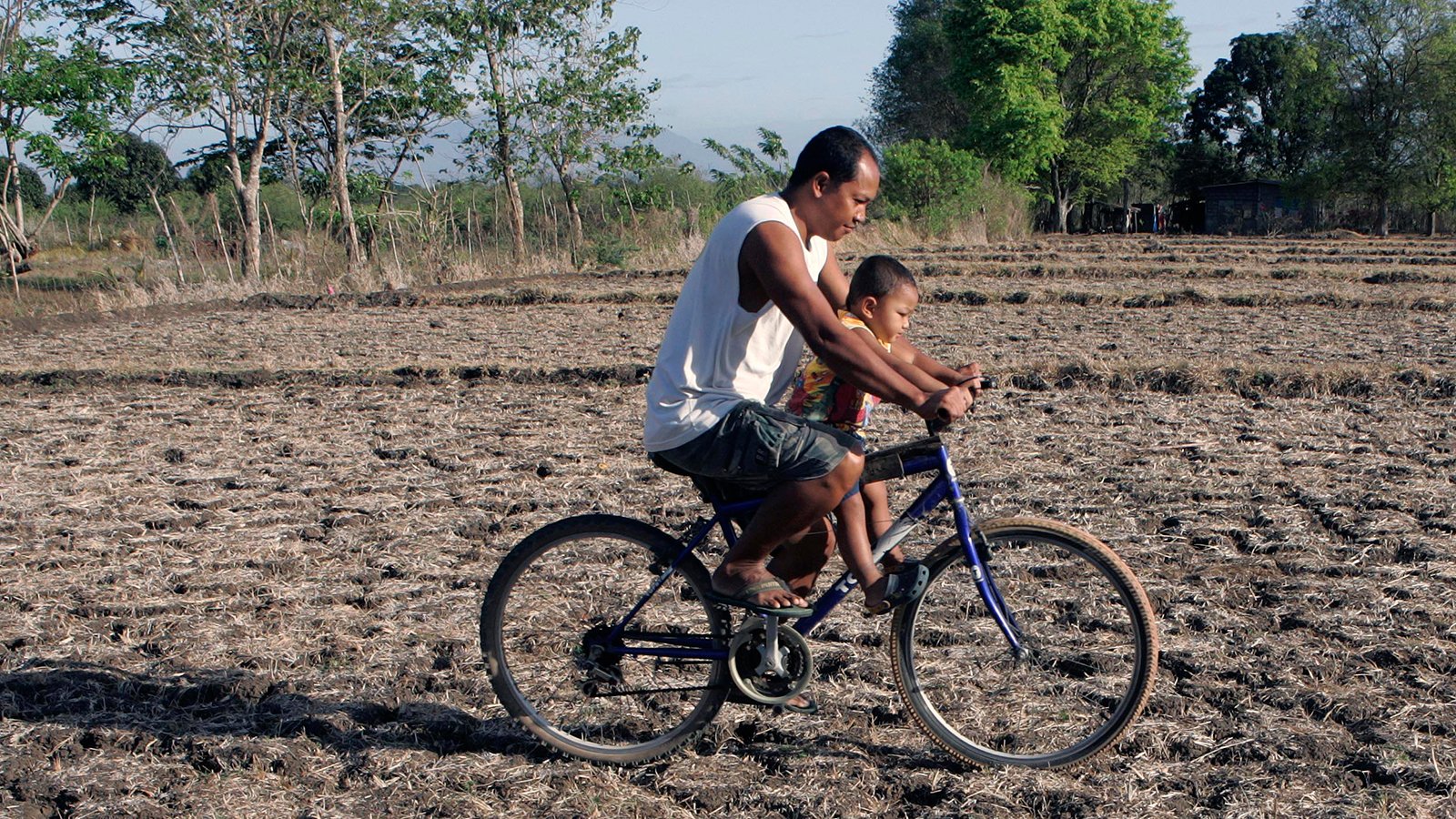 Alvin Valenton sits on his living room couch surrounded by four of his five children as he explains what kind of father he doesn’t want to be: He doesn’t want to be like those here in the Philippines who, while their spouse is working abroad to support the family, turns to alcohol due to feelings of inadequacy over not being the breadwinner. And he doesn’t want his young children—grinning as they play with their colouring books—to feel neglected, or worse, abandoned. He’s seen it happen too many times.

In the Philippines, 10 per cent of the labour force now works abroad, and almost half of them are young women like Valenton’s wife, Erna. Two years ago, she left to work as a domestic helper in Macau after her husband went blind in one eye and temporarily lost his job as a tricycle taxi driver. For the first time in his life, the 37-year-old had to run the household. He needed help. “Taking care of the kids, doing the household chores, looking for food, everything was a challenge,” he says.

So last year Valenton joined a new two-month program in Mabalacat City, roughly 90 km north of Manila: a school for stay-at-home dads. The program, called AMMA (an acronym that, translated, stands for “A father that excels in nurturing his child”) teaches everything from how to communicate and bond with children to financial management for Filipino fathers whose wives are working abroad.

In recent years, the Philippines has experienced dramatic growth in overseas migration. As of 2012, more than four million Filipinos are working abroad as temporary labourers, making the Philippines one of the top 10 emigration countries in the world. (Canada consistently ranks among the top 10 destinations.) Last year, they contributed close to US$23 billion in cash remittances—a record high—accounting for more than eight per cent of the country’s GDP. Each day, thousands of female workers leave to become caregivers and domestic helpers, earning money that has become a lifeline to the Philippine economy.

Meanwhile, their husbands are in the Philippines, exploring new territory in a conservative, predominantly Catholic country, which still believes that a real man financially supports his family. “There’s a strong machismo here,” says Honey Carandang, a clinical psychologist who spearheaded AMMA. Many of the fathers she’s met nurse a bruised ego when their wives become the breadwinners. “The men are at a loss when it comes to parenting. How do I discipline my child? How do I divide the household chores?”

In the Philippines, men rarely raise kids alone. Often times, when mothers leave to work abroad, female relatives take over. Aurora Javate de Dios, chair of the migration studies department at Miriam College, just outside Manila, describes extended families as a buffer, but also points out that their presence can complicate an already difficult situation. “By asking other people to take care of your children, they have a claim to your remittances,” she says. “Then they start meddling in your finances.”

Valenton was one of the program’s first 10 participants. For the longest time his daily routine had been simple: wake up at lunchtime, eat and go to work. After his injury his life was turned upside down. Mornings now begin at 5 a.m.—cooking breakfast, bathing the kids and dealing with the occasional tantrum before school. He says that before his wife left, he didn’t talk to the kids much. Now, the program’s instructors and his fellow stay-at-home fathers have encouraged him to take more of an active interest in his children’s lives. “I ask them questions like, ‘Where’s your assignment?’ ” says Valenton. “When I wash the clothes, I hear the kids singing, then we sing together.”

Soon the stay-at-home dads at AMMA will undergo training to take over the program from Carandang and her staff. The men insisted. Their plan is to go to other areas of the city, hold the same kinds of sessions, and become a support group for other fathers coping with the challenges of having a wife abroad. “I want to show other families what they can do even if the wife is away,” says Valenton. The city’s mayor has volunteered to issue an ordinance that would give the stay-at-home fathers who join AMMA formal recognition, making it easier for them to apply for government funding.

Back at his home, Valenton turns to his nine-year-old daughter, still in her school uniform, and asks, “Baby, what do you want to be?” “Teacher,” Alena exclaims. “I want to be a stewardess,” says his other daughter, six-year-old Angeline. Aljon, his 11-year-old, peeps out from behind his book and offers a wide smile. Valenton smiles back and proclaims, “Butcher.” For one of the first times in his life, he can proudly boast: “I’ve started dreaming for the children.”