Fighting the fear of Ebola

Everyone, from marathoners to Boy Scouts, is working to replace rumours and fear with facts 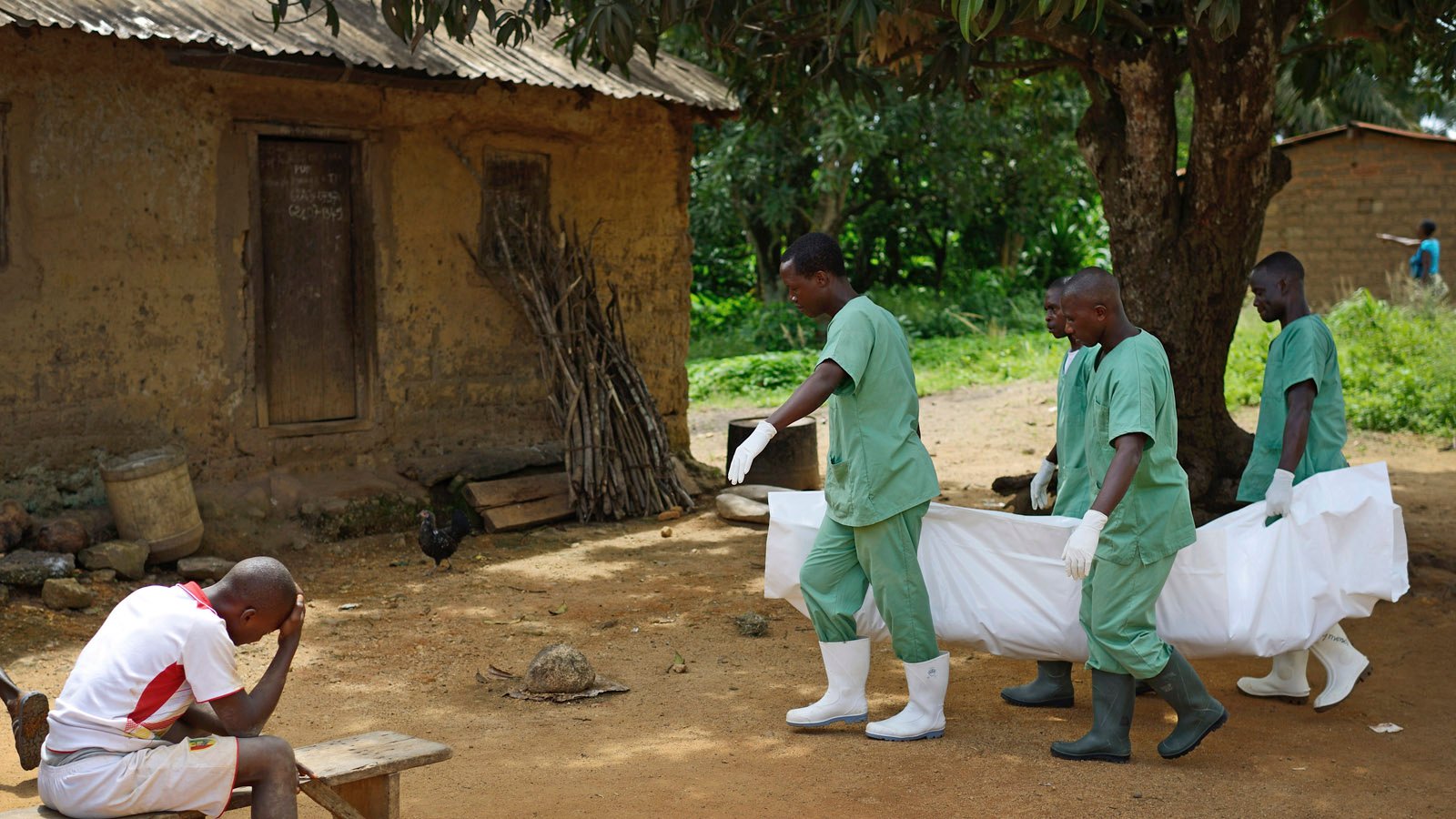 Eight months after the first signs of trouble in West Africa, there have been, at last count, 1,975 infections and 1,069 deaths from the Ebola virus. Panic and fear, but not the disease, have spread through much of the world.

The World Health Organization says Ebola is raging out of control in Guinea, Liberia, and Sierra Leone faster than efforts to stop it. It has declared a public health emergency of worldwide concern, triggering a coordinated effort to treat, trace and halt the spread of the virus. It’s an international emergency, not a global pandemic. Ebola is terrifying and lethal, but the experts say it’s not coming for us.

Still, Canada has advised against non-essential travel to affected countries. British Airways and Emirates, among others, have cancelled or postponed flights. In recent days, people who turned up at airports with fevers and a history of travel to the outbreak zone were promptly isolated in Saudi Arabia, the United Kingdom, New York City, Hong Kong and Brampton, Ont. All were false alarms. It may seem to be only a matter of time before another Patrick Sawyer—who flew from Liberia to Togo before collapsing in Lagos, Nigeria, where he infected a handful of poorly protected health workers before dying of Ebola—arrives here and ignites an epidemic.

Not likely, says Harvard virologist James Cunningham. “Could Ebola spread because you get on an airplane and then go into the subway in a major Western city? That appears not to be the case at all. You’d have to touch everybody, and you’re prostrate so quickly you’re not going to walk around,” he says.

Ebola causes scorching fever, vomiting, diarrhea, intense weakness, body pain and sometimes internal and external bleeding. It spreads through bodily fluids and isn’t contagious until symptoms appear, which takes up to three weeks. A very spitty sneeze can transmit it; sharing an elevator cannot. There’s no proven cure, and the current mortality rate is 55 per cent. But Ebola can’t hang around in the air or withstand sunlight, bleach or warm water and soap. Unless you’ve touched the body fluids of someone who has it (or butchered a fruit bat, the suspected reservoir), you won’t get it.

West Africans, like Juliana Kemokai, 19, are bearing the burden of this outbreak. She’s from Heigbema village, near the Ebola-ravaged city of Kenema, Sierra Leone. Three weeks ago, Ebola tore through her family. Her mother caught it first, and since they share a bed, Kemokai was quickly infected. She passed it to her husband and seven-month-old son, Alieu. Her mother, her cousin, and the baby all died. Defiant, upbeat and optimistic for her husband, who is still in isolation, Kemokai took her first steps out of the Kenema Ebola treatment centre on Aug. 10. She survived the virus.“People are scared to come close to me, but they are happy I am alive. People are surprised. They say hello, but they don’t touch.”

Kenema’s Ebola treatment centre holds around 45 confirmed and 20 suspected patients. More arrive daily. Their care falls to Nancy Yoko, who took over as head nurse after the previous one died of the virus. She works 14-hour shifts and hasn’t taken a day off since May.

The centre is separated from the rest of Kenema Government Hospital with sheets and chicken wire. Though inadequate by international standards, the main hospital is usually packed with cholera and malaria patients during the summer rainy season. It’s been deserted for a month. Locals see it as a de facto morgue. More than 20 of the 81 total health worker deaths in the outbreak happened here.

Everyone entering the isolation area dons protective clothing that seals out the virus but seals in body heat and sweat. Exhausted nurses, paid a paltry US$50 per week after a recent $11 raise, were not protecting themselves properly and making mistakes, Yoko says. At times they were so short-staffed they had to leave patients unsupervised at night, knowing they’d find bodies in the morning.

Over the past two weeks Doctors Without Borders (Médecins Sans Frontières, or MSF) has moved in, reopening part of the hospital, training 40 staff in infection control and setting up washing stations and clearly marked high-risk areas. Where vomit, diarrhea, blood and corpses were once strewn around, cleaners now come three times a day. The only therapies available are IV fluids and acetaminophen. Forget comforts like air conditioning: Yoko says the unit needs stretchers, wheelchairs and mattresses.

Only two weeks ago, rioters stormed the centre. “They thought nurses were injecting them with poison and with the virus, and then stealing blood and organs and making money,” says Yoko. “People were just scared. They did not know anything about the disease, so they were believing anything.”

The WHO says the outbreak “continues to evolve in alarming ways, with no immediate end in sight.” But in some places, where they can, people are fighting back.

Idrissa Kargbo, 23, is a Sierra Leonean marathoner whose hopes were dashed when his race in Liberia was cancelled. So he became a Red Cross volunteer, visiting villages to spread the word about Ebola. “They listened to me. They said, ‘We’re going to do what you say, we’re going to protect ourselves,’ ” he says. Mohammed Junisa, a health educator in Kenema, who was himself once an Ebola denier, says 90 per cent of the people he works with now believe the virus is real. Survivor stories like Kemokai’s are having an impact. Ebola survivors, who are immune, make the best educators, says Reine Lebel, an MSF psychologist from Quebec who helped respond in Guinea this spring. She told some of her Ebola patients, so weak they became depressed and wanted to die, “You need to survive. You can be an agent of change in your community.” MSF sent patients and families home to their villages with pictures they took in the hospital, helping to dispel the rumours of organ snatching.

Fighting misinformation is an uphill battle, says Arthur Pratt, the national coordinator of the Sierra Leone Film Council. Pratt says deep institutional mistrust and lingering tensions from Sierra Leone’s 1991-2002 civil war, which spilled into Guinea and Liberia, have led some to believe the government wants to exterminate people in the Ebola-stricken region. Incidentally, it is a stronghold of political opposition.

“Ebola kills” was the first public health message to take root in Sierra Leone, says Pratt. “That increases the fear and gives rise to the spread. If there’s no hope, they’ll look to the church and witchcraft.” So, through the NGO WeOwnTV, he has recruited stars like rapper Barmmy Boy and local actors to act in public service announcements. Pratt stars as a man who survives Ebola because his wife cajoles him into going to a treatment centre.

As the virus has spread, denial has waned a little. Boy Scouts have been recruited to put up posters and make scratchy announcements on megaphones. They’re being heard: In the capital, Freetown, latex gloves and plastic buckets have doubled in price. People now brush elbows or bow instead of shaking hands. Bans on public gatherings and police-enforced quarantines of whole regions are reminding some of wartime.

Ebola acceptance would be “overwhelming” if people without the Internet could actually see what’s happening, Pratt says, but state television incessantly replays an ancient documentary about the 1976 outbreak in Zaire.

Pratt is waiting for the information ministry to approve his videos. He plans to play them on projectors in villages and at roadside advertising centres, filling screens that play Coca-Cola ads with health messages.

As for Juliana Kemokai, she’s hopeful. Her husband, John, seems to be improving. She believes he too will survive. “I will start again. I lost my family members. But my brothers and I survived. We are lucky.”

With reporting from Jo Dunlop in Kenema, Sierra Leone