Two months on, Britain is in no rush to Brexit

The way forward for the U.K. after the Brexit vote grows murkier by the month 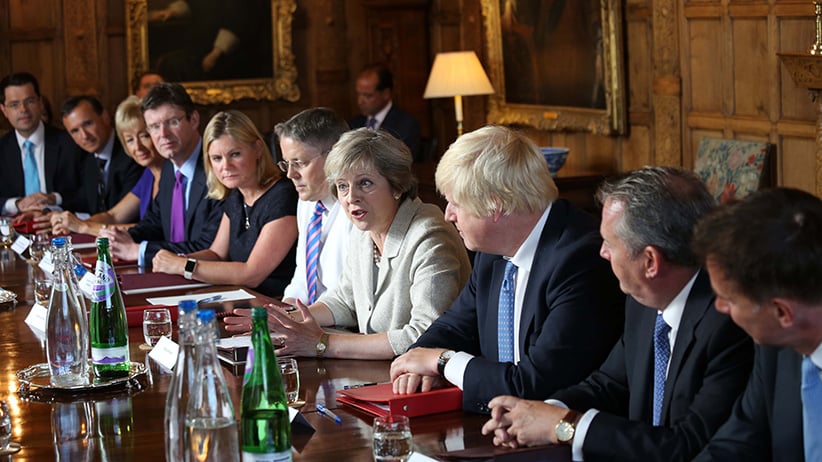 Last week, British Prime Minister Theresa May held her first cabinet meeting after the summer recess at her official country residence, Chequers, in Buckinghamshire. The purpose of the meeting, she told the group of cabinet ministers and invited press, was to “offer an update on Brexit.” But the message—which has not changed since she took office in a whirlwind transition of power just over a month ago—is that “Brexit means Brexit. We are going to make a success of it. That means no second referendum. No attempt to stay in the EU via the back door. We are actually going to deliver on it.”

It’s been more than 10 weeks since a small majority of Britons voted to leave the European Union and it is far from obvious how or when the intended “success” that is Brexit will take place.

Moreover, there is a great deal of conflicting rhetoric when it comes to both the broad and fine points of Britain’s future relationship with the EU. While May has repeatedly said she intends to “push on” with Brexit, she has also said the government will not trigger Article 50—the official legislative mechanism that initiates the process of leaving the EU—until the beginning of 2017 at the earliest. In the view of many fervent Brexiteers, this will be perceived as buying time at best and heel-dragging at worst.

MORE: The summer of Brexit: Who controls what happens next?

May has also said she will not put Brexit to a vote in the House of Commons in order to trigger Article 50—something many in the Remain camp would like to happen, since the vast majority of MPs, as well as members of the House of Lords, opposed the referendum result. While May seems to have ruled that out, she also said (through a Downing Street spokesperson) last week that she will allow Parliament to “have a say” in the process—though what form that input will take, or when it happens, is anyone’s guess. “At the moment, the focus is on establishing what it is that the country is going to do going forward,” said the spokesman. “We need to have a clear negotiating position; we need clear objectives for our negotiations. That’s the priority.”

So we’re abundantly clear on the total lack of clarity then.

Also increasingly murky is the future faced by the roughly three million EU nationals currently living in the U.K.—a situation that Scottish First Minister Nicola Sturgeon recently criticized as “disgraceful.” The same goes for the 1.2 million Britons living in the EU.

The situation for both groups will undoubtedly be affected by the government’s negotiations on the issue of immigration, which it has underlined as a red-line item. While some Brexiteers (including Foreign Secretary Boris Johnson) have suggested the U.K. might foreseeably retain both its access to the European single market whilst also retaining the right of its citizens to work and travel freely within Europe, others see this as impossible.

If Britain insists on full control of its borders (as most Brexit proponents insist must happen), it will mean abandoning the notion of an “off the shelf” deal along the lines of Norway or Switzerland—two countries that are not in the EU yet allow freedom of movement in exchange for membership to the single market. Instead, many economists are predicting something more along the lines of Canada’s EU deal—which allows some limited free trade and no free movement.

Charles Grant, director of the Centre for European Reform, told the Guardian, “People have been assuming there will have to be restrictions on immigration of some sort, either an emergency brake, or an Australian-style points system for European workers. Whatever system we go for, it is going to be unacceptable to our partners if we want access to the single market. We will only have limited access to the single market and have to content ourselves with a free trade agreement, which would not cover many of our key services sectors, including financial services.”

So what does this mean for the many EU-Canadian dual citizens currently living and working in the U.K.? Assuming the mantra of their adopted country, most seem determined to keep calm and carry on—even in the face of months or years of uncertainty.

Colin Kingsmill, a Swiss-Canadian who has been living and working as a business consultant in London for three years, says he and his Canadian husband refuse to panic: “It certainly creates a degree of instability, but living in Europe today is all about uncertainty anyway. Factors like the migration crisis and the threat of terrorism make it impossible to predict what life will be like here in the future, so why bother making firm plans?” He added, however, that he has never felt happier to be Canadian. “The volatility of Europe today certainly makes a place like Canada seem more palatable. Five or 10 years ago Canada seemed a bit boring to me, but now it seems like the most sensible democracy in the world.”