An excerpt from Smith's book, The Dogs Are Eating Them Now 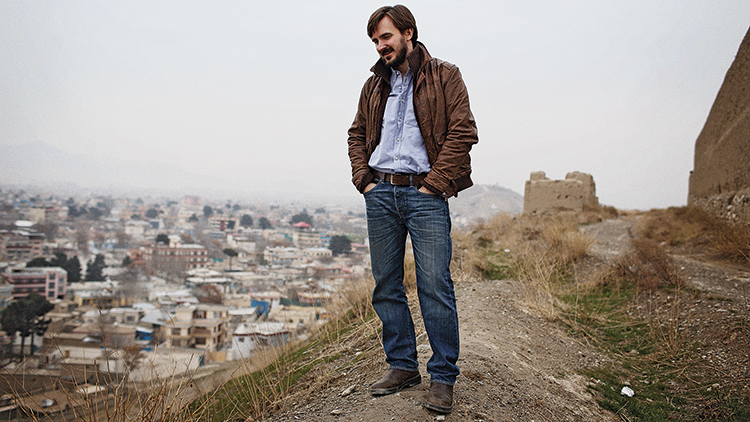 To judge by literary juries, there can be no doubt about the non-fiction book of 2013. Graeme Smith’s The Dogs Are Eating Them Now: Our War in Afghanistan has already won him the $60,000 Hilary Weston Prize, and he is shortlisted for many others, including the RBC Taylor Prize. The object of this critical acclamation covers Smith’s years in Afghanistan, first as a journalist and now as a Kabul-based senior analyst with the International Crisis Group NGO. It’s a beautifully written story of disillusionment from a man who had high hopes for Western efforts there, but it’s not a resigned, let’s-just-walk-away dismissal. On the contrary, Smith says, “l wanted to give people an idea of the giant mess the internationals left in southern Afghanistan. We made it and we should clean it up—not just abandon the place.”

We lost the war in southern Afghanistan and it broke my heart. When I started following the surges of troops into Kandahar and surrounding provinces in 2005, I felt excited by the idea that the international community could bring the whole basket of civilization to the south: peace, democracy, rule of law, all those things. Now the foreign troops are withdrawing. We have abandoned our lofty goals. Now it’s all about damage control, about exercising options that limit embarrassment. The years when our armies pounded their way into the south will be remembered for heights of violence that exceeded the gruesome body count of the Taliban wars in the 1990s. Every wave of foreign troops coincided with more skirmishes, more assassinations, more bloodshed. Our attempts to set up a moderate Afghan administration gave birth to a regime that resembled neither a fully democratic government nor a group capable of ruling its entire territory. It failed the basic test of statehood: monopoly on the legitimate use of violence. Ordinary people turned to Taliban courts in search of justice less corrupt than the system imposed by outsid­ers. The insurgents were not defeated. We killed thousands of them, but their movement would not die.

It’s not just that the foreigners gave up on dreams of a better future for southern Afghanistan, but that we’re leaving a dangerous mess. Like the old bombs and landmines buried all over the stricken landscape, the south is now waiting to explode. Many expect another civil war; others fear anarchy.

This moment when we hold our breath, watching anxiously as the foreign troops pull back, should serve as a time of reflection about our mistakes. Far away from the air-conditioned HQs where the foreigners made their plans, all of the good intentions collided with reality. The result was tragic, and comic, and should be studied carefully. As this phase of the war lurches to a bitter conclusion, we might also pause to lament.

That kind of self-reflection is not likely to happen inside the North Atlantic Treaty Organization, because NATO claims victory. The greatest military alliance in human history will probably fail to think clearly about the biggest action it has ever attempted outside its own territory. It will say, accurately, that its soldiers fought bravely. Glossy brochures will get filled with images of aid projects. Photographs of smiling children in the green valleys of the north will misrepre­sent NATO’s legacy, however, as long as violence rages in the dusty south. The historical fact is that nobody has ever ruled Afghanistan without holding Kandahar, the largest city in the southern region. This vital part of the country remains an open wound, needing somehow to get stitched up.

But what kind of surgery can repair a country? Our modern techniques resemble the early days of medicine, when the human body was poorly understood and doctors prescribed bloodletting, or drilled into skulls to treat madness. With the same ignorant faith in our methods, we now invade a country with crushing force and try to drain away ideas that we find dangerous, as if bombs and bullets could cure the illness of extremism. Not all intervention is misguided, of course; I was standing in Benghazi when the tanks of Col. Moammar Gadhafi rolled toward us in the spring of 2011, and I’ve never felt so relieved to hear that NATO decided to take action. The Libyan war may yet emerge as a success story for the nascent science of healing sick countries with military force. Afghanistan looks like the opposite case: The patient may survive, but the doctor wasn’t much help.

Excerpted from The Dogs Are Eating Them Now. Copyright © 2013 Graeme Smith. Published by Knopf Canada. All rights reserved.