Fahmy warned Al Jazeera tactics could come back to 'bite' them 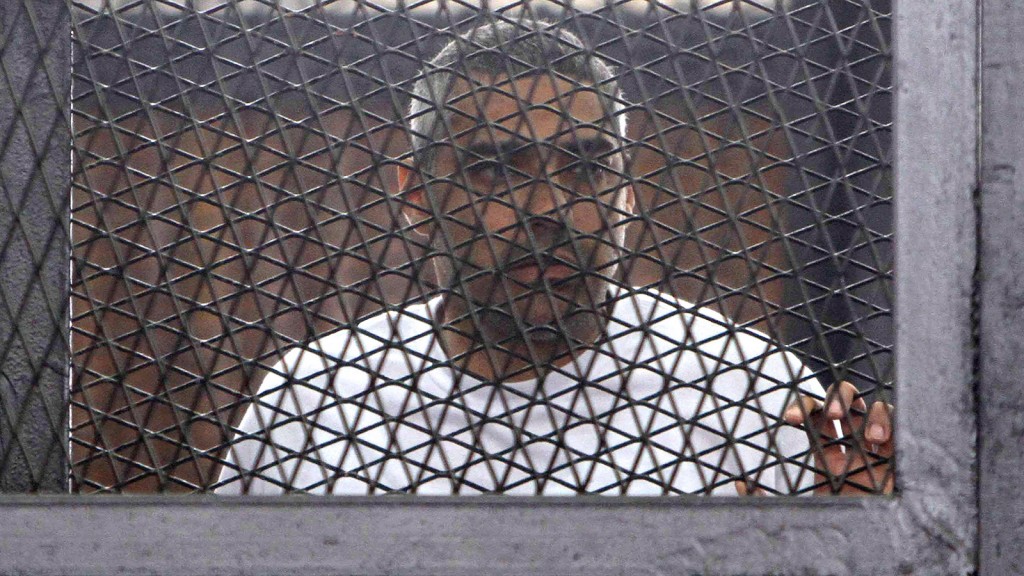 An Egyptian-Canadian journalist who has spent the last year in a Cairo prison sounded the alarm about his network’s approach to Egypt’s precarious security situation months before he and his colleagues were arrested, documents obtained by The Canadian Press suggest.

Mohamed Fahmy had taken over as acting bureau chief in Cairo for Qatar-based satellite news broadcaster Al Jazeera English in September 2013 when he raised the issue with his bosses, a series of emails show.

At the time, Al Jazeera’s Arabic channel — Al Jazeera Mubasher Misr — had been barred from broadcasting in Egypt after authorities claimed it was biased towards supporters of the country’s ousted former president and accused it of harming national security.

The Al Jazeera English service was still operating from within the country, although out of a hotel and not its offices, but its legal status was unclear, Fahmy noted.

“I have met with the whole team yesterday on my first day and I am impressed with their attitude and energy considering the pressure they have been dealing with lately on the ground,” he wrote in an email to executives at Al Jazeera in Doha, Qatar’s capital. “However, the staff is very concerned where Al Jazeera stands legally and I would like to be able to comfort them at some point regarding their security and well-being.”

In response, an email from the acting executive producer of newsgathering at Al Jazeera English told Fahmy that his “concern about the legal issue” was appreciated, “but Doha management will deal with it from here.”

He noted that his team had produced a story for Al Jazeera English, making the distinction between the network’s English and Arabic services to the sources involved, and then pointed out that the item had been translated into Arabic and was broadcast on the network’s Arabic channel.

“I would imagine that due to the security situation this action may come back to bite us,” he wrote in an email to senior officials at the network. “The team here was also concerned regarding this matter.”

To that email, the director of news at Al Jazeera English replied “I will handle this. Thank you for alerting me.”

The concerns Fahmy had highlighted turned out to be well-founded.

The 40-year-old was arrested on Dec. 29 last year along with two colleagues — Australian correspondent Peter Greste and Baher Mohamed, an Egyptian producer.

When asked what the network had done to protect Fahmy and his team in light of the concerns raised, a spokesperson for Al Jazeera told The Canadian Press the safety of its journalists was of utmost importance, and noted that the team in Egypt had been “content to continue working.”

“As in any hostile environment, we gave them every support, including on safety, which we take more seriously than anything else,” said the spokesperson, who asked not to be named. “No one should lose sight of the fact though that Baher, Peter and Mohammed have been sentenced to years in jail over serious baseless accusations, not due to paperwork offences.”

The trio were accused of supporting the banned Islamist Muslim Brotherhood group of ousted Egyptian president Mohammed Morsi. They were also charged with fabricating footage to undermine Egypt’s national security.

Fahmy’s family and a number of observers have suggested the case is largely a political one as Egyptian authorities have claimed Al Jazeera is biased toward the ousted Morsi and his Muslim Brotherhood — an allegation the broadcaster has rejected.

Fahmy and his colleagues denied all charges against them, saying they were just doing their jobs, but after a trial which was denounced by critics as a sham, the trio were found guilty. Fahmy and Greste were sentenced to seven years in prison, while Mohamed was sentenced to 10 years.

Now, as they mark a year behind bars, Fahmy is voicing his frustration at his situation, his family says.

“My brother is extremely angry that he is caught in a political debacle between Qatar and Egypt and Al Jazeera,” Fahmy’s brother, Sherif, told The Canadian Press.

Fahmy is now pinning his hopes on an appeal, set to be heard on Jan. 1, and has been using an online crowdfunding campaign to raise funds for his legal fees.

His family hopes the journalist will be at least temporarily released after the appeal hearing “on health grounds” — Fahmy suffers from Hepatitis C and an injured shoulder which has grown worse in prison.

The family is also cautiously optimistic after Egypt’s president said he is considering issuing a pardon for Fahmy and his colleagues. Abdel-Fattah el-Sissi also issued a decree that gives him the power to deport foreigners convicted or accused of crimes.

In the mean time, Fahmy spends his days writing a book on the events that led up to his imprisonment, his family says.

“It’s almost like therapy, it helps him a lot,” his brother said. “He feels a lot of context has been lost in regards to the case and there are so many issues that he needs to highlight — the backdrop of what happened once the Muslim Brotherhood were removed, the nature of the Al Jazeera coverage and their own story.”

Fahmy is also yearning to return to Canada, his brother said, and plans to head back to Montreal, where his family has a home, soon after he is released.