The U.K.’s Labour leader wants nuclear disarmament, and he’s going to war with his own party to try and get it 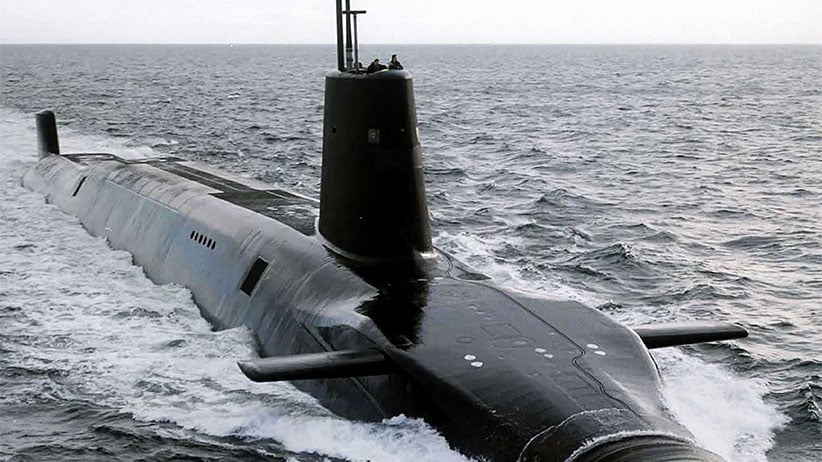 The crown jewel of British military capability is Trident, an operational system of four submarines armed with ballistic missiles carrying thermonuclear warheads headquartered on the Clyde naval base on Scotland’s west coast. It is these vessels and their deadly arsenal that preserve Britain’s status as a nuclear superpower—a status that will be in jeopardy if Jeremy Corbyn, self-declared pacifist, disarmament activist and leader of Britain’s official opposition, eventually has his way. “I am opposed to the use of nuclear weapons. I am opposed to the holding of nuclear weapons. I want to see a nuclear-free world. I believe it is possible,” he told BBC Radio unequivocally late last year.

Supporters of the missile system, which until recently included the leadership of both major parties, say it is essential for preserving Britain’s position as an effective ally in NATO. But detractors insist that Trident is little more than a white elephant and that the $207 billion it will cost to update and replace it could be better spent elsewhere.

Initiated during the Cold War and renewed in the mid-’90s, the Trident program was originally intended as a deterrent to the nuclear threat posed by the then-powerful forces of the Warsaw Pact. Today, its aim is less clear and the missiles are no longer pointed firmly at the Soviet Union.

Later this year, British MPs will vote on whether to extend the program—a process that was, until recently, seen as a formality. But since seizing control of the Labour leadership last fall, Jeremy Corbyn has made it clear he is girding for a major battle on Trident. His recent shadow cabinet reshuffle, in which he removed Trident supporter Maria Eagle from her position of shadow defence minister and replaced her with Emily Thornberry, a Trident critic, shows that Corbyn is willing to play hardball on the issue of nuclear disarmament. Having been forced by his fractious cabinet to offer a free vote on the issue of Syrian airstrikes, Corbyn looks set to take a unilateral stance on this matter. With most of his MPs staunchly pro-renewal, this will prove an uphill battle, but it’s certainly not impossible. The Liberal Democrats also oppose Trident, and if Corbyn can whip his party into line he’ll have a chance at winning the vote.

Related: What Jeremy Corbyn could learn from Justin Trudeau

Along with costing British taxpayers countless billions, Trident is an operation of relentless military labour. At least one of the Trident submarines is on constant patrol off the west coast of Scotland to provide what is known in military parlance as “continuous at-sea capability” for the United Kingdom. This means any sitting British prime minister has the capability to push the notorious red button (there is, in fact, a bunker under Whitehall purpose-built for exactly this scenario). While officially the Trident system is “operationally independent” it would be more or less unthinkable for Britain to launch an attack without the sign-off of its closest allies in Washington. It was, after all, the Americans who leased Britain the entire program in the first place, and without the help of the Pentagon it would be impossible to test, update or maintain.

Critics take the view that Trident is essentially an outsourced arm of the U.S. nuclear program—an overseas insurance policy against rogue states like Iran and North Korea, if you will. As Ted Seay, senior policy consultant at the London-based British American Security Information Council (BASIC) told Politico last year, “It’s ludicrous to say that the U.S. can effectively donate a nuclear program to the U.K. but have no influence on how it is used. The fact that the U.S. is spending so much on producing, leasing, maintaining the car—let’s talk before you drive it into a brick wall. But this isn’t a Hertz rent-a-car we’re talking about. This is the end of the world.”

One stumbling block to Corbyn’s plan could be the influence of the trade union Unite and its outspoken boss, Len McCluskey. Unite is an engineering union with a membership widely employed by the military, building vessels like Trident. Unsurprisingly it supports the renewal of the nuclear program and McCluskey’s influence should not be underestimated when it comes to party politics. Many commentators have credited the union boss for effectively deciding the outcome of the party’s 2010 leadership contest (in which Ed Miliband won over his more widely favoured brother, David). If it’s ultimately Unite that manages to quash Corbyn’s plan for unilateral nuclear disarmament, it will be a bitter irony for Labour and a sweet one for the Tories.

The vote, which will happen sometime this year, has not yet been scheduled. When it is, many are predicting political war. Until then the subs will keep patrolling, waiting for a command that will hopefully never come.