Iraq and the proper path to war

Stephen Harper doesn’t need Parliament’s approval to join the Iraq war. But there are advantages to getting it. 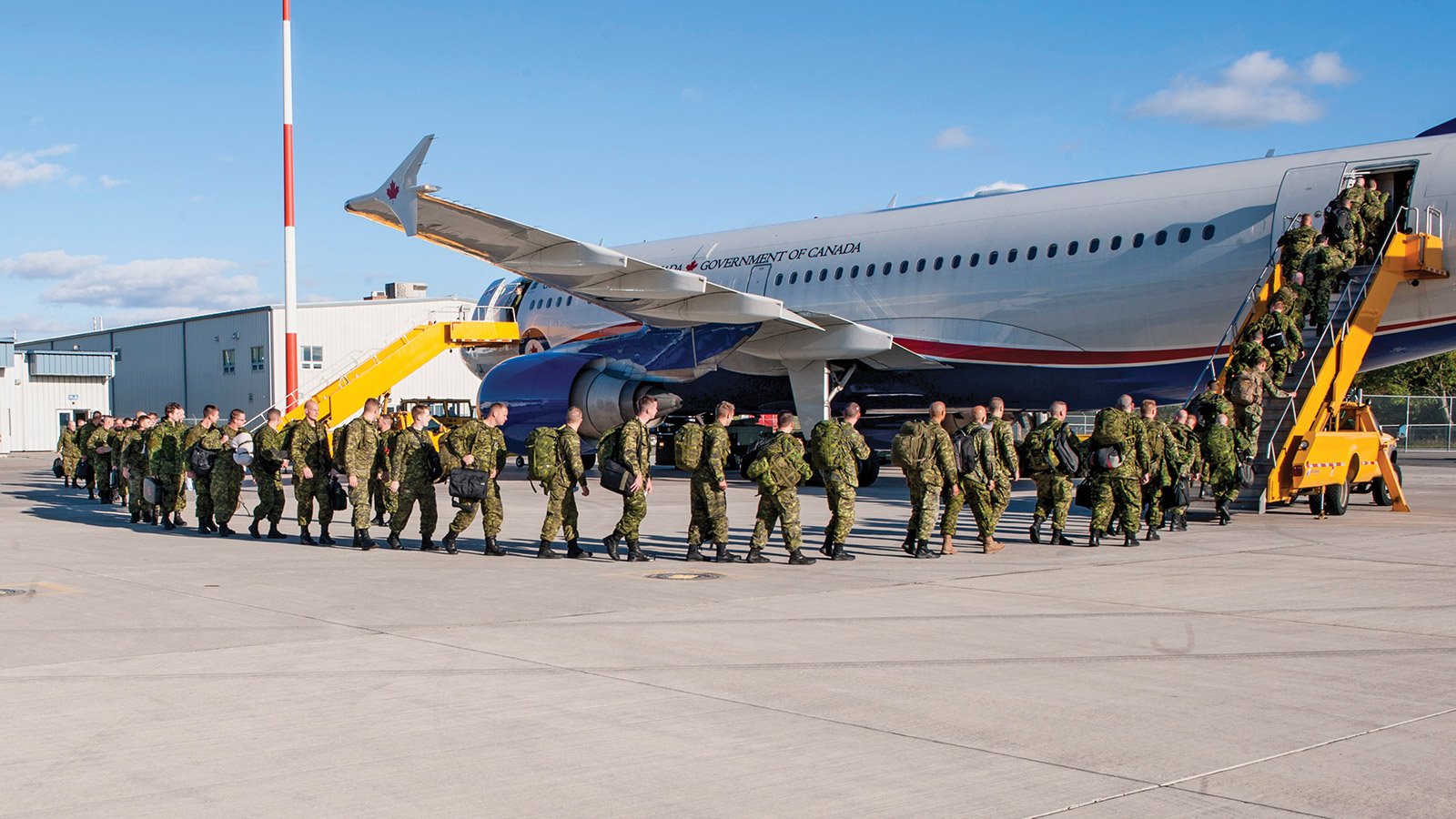 On Sept. 9, 1939, governor general Lord Tweedsmuir delivered a Speech from the Throne that proposed that Canada go to war against Germany. Britain had declared war almost a week earlier. Australia immediately joined Britain with no legislative debate on the matter. But in Canada, prime minister William Lyon Mackenzie King insisted, “Parliament will decide.” It did, accepting the Throne Speech almost unanimously. The next day, Canada was officially at war.

King’s assertion of Parliament’s supremacy was politically savvy, but entirely unnecessary—at least from a legal standpoint. In Canada, the Crown, acting on the advice of the prime minister and cabinet, has the right to deploy military forces abroad. But King saw the vote as a means to preserve fragile national unity. And, as notes Philippe Lagassé, an associate professor of public and international affairs at the University of Ottawa, it had the added benefit of using Parliament to “launder” a controversial decision that legally belonged to the political executive.

For the next 60 years, the practice of consulting Parliament before deploying troops abroad all but disappeared. It is only under Stephen Harper—like King, a political pragmatist—that it has been revived. In 2006, Harper sought parliamentary approval to extend Canada’s military mission in Kandahar, Afghanistan, until 2009. In his 2007 Throne Speech, he pledged that “any future military deployments must . . . be supported by a majority of parliamentarians.”

In practice, the Conservative government has kept this pledge only when the military has been deployed in an explicit combat capacity. This month, responding to NDP demands for a vote in the House of Commons on Canada’s deployment of special operations “advisers” to Iraq to help combat Islamic State, Harper said Parliament’s approval was not necessary because the mission is not a combat one.

The government has also not been entirely forthcoming about the mission, even when pressed during question period. Last week, NDP Leader Thomas Mulcair posed a straightforward question about the length of Canada’s current deployment to Iraq and received in response a bizarre rant from Paul Calandra, parliamentary secretary to the Prime Minister, about Israel. (Calandra has since apologized.)

Canada has regularly deployed military hardware and personnel abroad, recently, to train with allies in Eastern Europe, for example, without any demands for parliamentary approval. But, even if one accepts that the Conservative government has committed itself to consult Parliament only regarding combat missions, this definition can be slippery: There are now about 70 Canadian special operations soldiers in northern Iraq. Defence Minister Rob Nicholson says their role is “advice and technical assistance,” but has not revealed details about what, exactly, they are doing.

Jack Granatstein, a fellow at the Canadian Defence and Foreign Affairs Institute, would like to have seen a vote in Parliament regarding the current mission. “Our wars these days seem to turn nasty and unpleasant,” he says, “and it’s very useful to have a Prime Minister who can say, ‘Well, Parliament approved it.’ ”

But, according to Lagassé, a parliamentary vote is unlikely to result in more scrutiny about the mission. “What worries me with the votes is that they effectively kill debate. It’s seen as a point of finality, as opposed to the beginning,” he says. Instead of pushing the government to hold “these highly symbolic votes,” says Lagassé, opposition politicians should focus on forcing it to disclose information about military deployments and to debate those details. Even the non-response in the House from Calandra, says Lagassé, is better than the absence of debate that he says would have resulted from a House of Commons formally united in support of the mission. “In the case of the kind of travesty that was question period the other day, had we had a vote, we wouldn’t even be talking about it. We wouldn’t be getting into these more difficult questions about what, precisely, is involved.”

It may be that no Canadian political party is fully behind the idea that Parliament must approve of combat missions, anyway. None has introduced legislation requiring a government to obtain this approval, even during the seven years that Canada had minority governments, from 2004 to 2011, when opposition-sponsored legislation had a greater chance of passing.

But having created the political rule (or, at least, established the expectation) that combat missions require the approval of the House, Harper now has little choice but to follow it. In an interview with the Wall Street Journal in front of an audience in New York last week, Harper said Canada was considering expanding its mission in Iraq and noted that Parliament would debate any additional steps. Reports have since emerged that Canada may launch air strikes against Islamic State. Foreign Affairs Minister John Baird says these won’t happen without a vote in the House. There’s still no legal reason for Parliament to decide. But it will.