Image of the Week: Jacob Rees-Mogg, a hardline social conservative-turned-meme machine, slouched his way through a Brexit debate in spectacular fashion 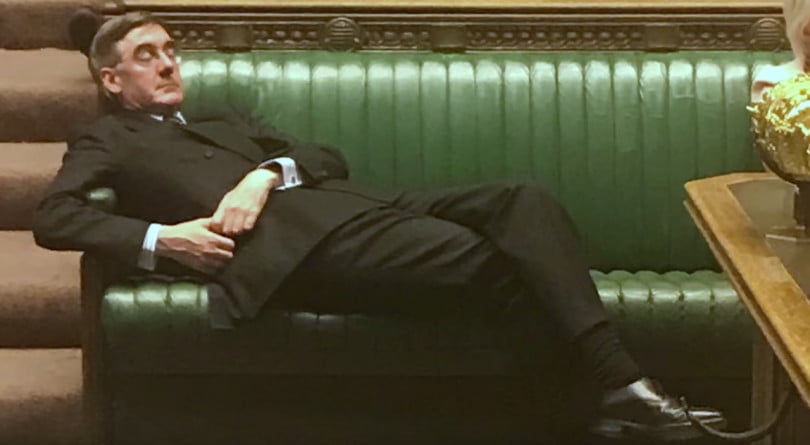 The lanky, balmy, bespectacled Jacob Rees-Mogg has been dubbed the most posh man in British parliament. It’s a fitting title. His privileged life, from an upper-class upbringing to a globe-trotting career in finance, backlit his 20-year political career as, perhaps predictably, a hardline social conservative (he has consistently voted against any bill promoting same-sex marriage, smoking bans and assisted death, among others), as well as, less predictably, his recent turn as a meme machine. A Facebook page called “Middle Class Memes For Rees-Moggian Teens” has amassed more than 60,000 fans since its inception in 2017. The page editors shot into overdrive this week after Rees-Mogg, who is also the leader of the House of Commons, languidly slouched his way through a late-night debate, prompting his colleagues to shout, “Sit up, man!” (He laughed and ignored them; the internet has since erupted with memes, which we encourage you to peruse, below.) The debate swelled around—what else?—Brexit, specifically the looming reality of a no-deal leave that would push the country into unknown territory. Boris Johnson, the newly minted prime minister, lost his first parliamentary vote by a devastating margin, after nearly two dozen Conservative MPs voted against their own party. One crossed the floor and joined the Lib-Dems, losing Johnson a majority government. The nation may now witness a snap election before the Brexit deadline (already once postponed) of Oct. 31. The state of British politics is in such profound disarray, one can’t help but forgive Rees-Mogg his drowsiness—frankly, we all want to go to bed and wake up on Nov. 1.