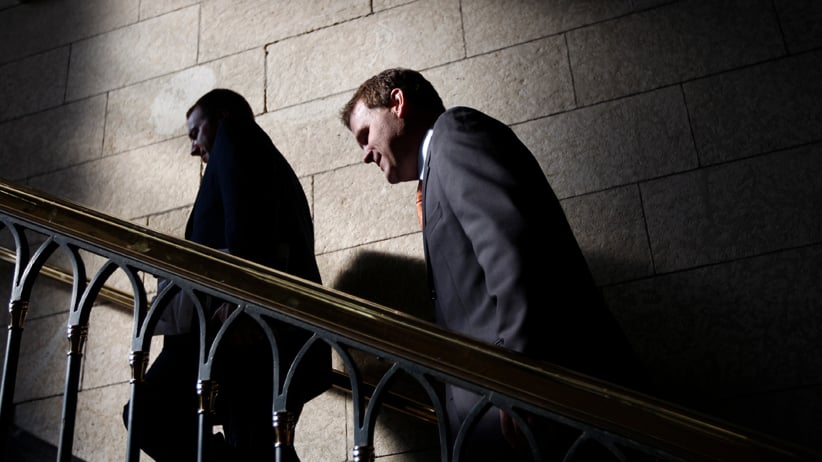 WASHINGTON – Canada’s former foreign affairs minister has used a prominent stage to express skepticism about Iran even as nuclear talks with that country reach a sensitive stage.

John Baird described his concerns when the subject of a possible nuclear deal was raised during a question-and-answer session at the annual gathering of the biggest pro-Israel U.S. lobby group.

“We’re deeply concerned about the direction that the government in Tehran is taking,” Baird said, speaking Monday just before a highly anticipated appearance by Israeli Prime Minister Benjamin Netanyahu. “I don’t buy this PR job from the new president of Iran.”

Baird’s skepticism about nuclear talks with Iran isn’t new. The context, however, put him at the epicentre of the debate during a most critical moment.

Netanyahu has left the Israeli election-campaign trail to deliver a pair of major speeches in Washington, warning against an Iran deal.

Baird told the audience that he’s leery about Iran’s continuing human-rights abuses, its support for terrorism and its continued backing of the Assad regime in Syria.

He said he worries about the consequences a nuclear Iran might have on the entire region.

“The last thing we need is a new nuclear arms race in the Middle East,” said Baird, who resigned his cabinet post last month.

“We must do everything we can as a civilized world to stop that. … I used to view Iran’s nuclear program almost exclusively through the lens of Israel. But over the past four years I can tell you that just about every single Arab country in the Middle East shares the exact same concern we all share.”

Netanyahu later began his own speech by singling out Baird and former Spanish leader Jose Maria Aznar, calling them great friends of Israel.

As the crowd cheered enthusiastically, Netanyahu began clapping too.

Relations have been a little chillier lately with the current president of the United States.

Netanyahu insisted that he has great respect for Barack Obama and his office and said the Israeli-U.S. relationship had survived rough patches in the past and would overcome this one in the future.

“Disagreements in the family are always uncomfortable,” he said. “But we must always remember that we are family.”

At issue is whether a potential deal with Iran would stop its pursuit of a nuclear weapon, as the Obama administration hopes, or accelerate it, as Netanyahu fears.

The Israeli leader is expected to lay out the causes for his concern in a speech to Congress on Tuesday. However, he won’t be going to the White House. The president has refused to meet him, arguing it would be inappropriate to offer a platform to one side in a foreign election campaign.