By The Associated Press December 6, 2014 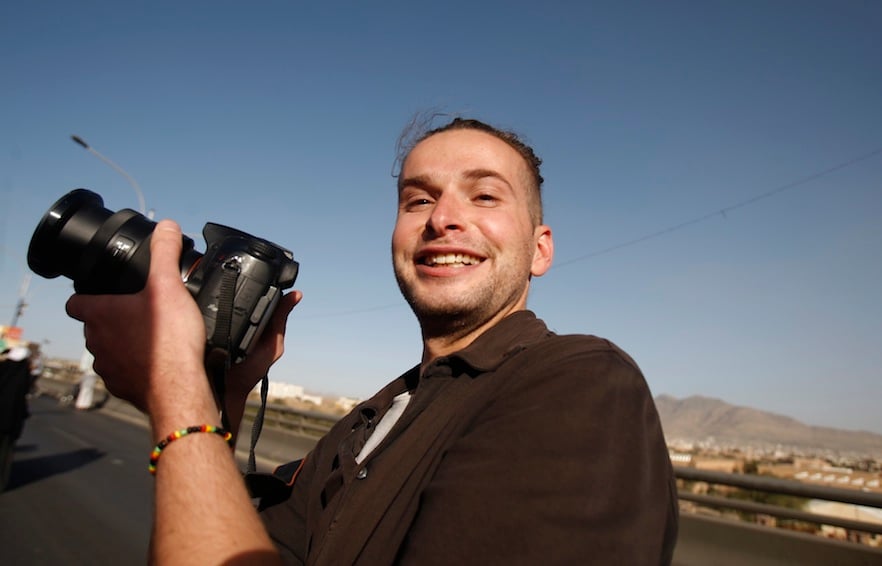 SANAA, Yemen — An American photojournalist and a South African teacher held by al-Qaida militants in Yemen have been killed in a failed U.S. rescue attempt, authorities said Saturday.

U.S. President Barack Obama said in a statement he ordered the raid that saw Luke Somers and Pierre Korkie killed after al-Qaida in the Arabian Peninsula posted a video online Thursday threatening to kill Somers.

Information “indicated that Luke’s life was in imminent danger,” Obama said. “Based on this assessment, and as soon as there was reliable intelligence and an operational plan, I authorized a rescue attempt. … I also authorized the rescue of any other hostages held in the same location as Luke.”

The aid group Gift of Givers later identified the second hostage as South African teacher Pierre Korkie, who the group said was to be released Sunday. They said he was to be flown out of Yemen “under diplomatic cover, then to meet with family members in a ‘safe’ country (and) fly to South Africa.”

Lucy Somers, the photojournalist’s sister, told The Associated Press that she and her father learned of her 33-year-old brother’s death from FBI agents at 0500 GMT (12 a.m. EST) Saturday. “We ask that all of Luke’s family members be allowed to mourn in peace,” Lucy Somers said from London.

“Al-Qaida promised to conduct the execution (of Somers) today so there was an attempt to save them but unfortunately they shot the hostage before or during the attack,” al-Ahmadi said at a conference in Manama, Bahrain. “He was freed but unfortunately he was dead.”

Yemen’s local al-Qaida branch, Al-Qaida in the Arabian Peninsula, posted a video Thursday that showed Somers, threatening to kill him in three days if the United States didn’t meet the group’s demands, which weren’t specified. He was kidnapped in September 2013 from Sanaa.

The news of the failed rescue comes after a suspected U.S. drone strike in Yemen killed nine alleged al-Qaida militants early Saturday, a Yemeni security official said before news of Somers’ death. The drone struck at dawn in Yemen’s southern Shabwa province, hitting a suspected militant hideout, the official said. The official did not elaborate and spoke on condition of anonymity as he wasn’t authorized to brief journalists.

American authorities rarely discuss their drone strike campaign in Yemen. The strikes are despised by many in Yemen due to civilian casualties, legitimizing for many the attacks on American interests. At least six suspected militants were killed in an airstrike in the same province last month.

Before her brother’s death, Lucy Somers released an online video describing him as a romantic who “always believes the best in people.” She ended with the plea: “Please let him live.”

In a statement, Somers’ father, Michael, also called his son “a good friend of Yemen and the Yemeni people” and asked for his safe release.

Korkie was kidnapped in the Yemeni city of Taiz in May, along with his wife, Yolande. His wife later was released returned to South Africa. A non-governmental group, Gift of the Givers, helped mediate her release. Those close to Korkie said al-Qaida militants demanded a $3 million ransom for his release.

“The psychological and emotional devastation to Yolande and her family will be compounded by the knowledge that Pierre was to be released by al Qaida tomorrow,” Gift of Givers said in a statement Saturday. “A team of Abyan leaders met in Aden this morning and were preparing the final security and logistical arrangements, related to hostage release mechanisms, to bring Pierre to safety and freedom. It is even more tragic that the words we used in a conversation with Yolande at 5.59 this morning was ‘The wait is almost over.'”

In a statement Thursday, Pentagon press secretary Rear Adm. John Kirby acknowledged for the first time that a mysterious U.S. raid last month had sought to rescue Somers but that he turned out not to be at the site. The U.S. considers Yemen’s al-Qaida branch to be the world’s most dangerous arm of the group as it has been linked to several failed attacks on the U.S. homeland.

Kirby did not elaborate on the joint U.S-Yemeni operation to free Somers, saying details remained classified. However, officials have said the raid targeted a remote al-Qaida safe haven in a desert region near the Saudi border. Eight captives — including Yemenis, a Saudi and an Ethiopian — were freed. Somers, a Briton and four others had been moved days earlier.

Somers was kidnapped in September 2013 as he left a supermarket in the Yemeni capital, Sanaa, said Fakhri al-Arashi, chief editor of the National Yemen, where Somers worked as a copy editor and a freelance photographer during the 2011 uprising in Yemen.

Somers, who was born in Britain, earned a bachelor’s degree in creative writing while attending Beloit College in Wisconsin from 2004 through 2007.

“He really wanted to understand the world,” said Shawn Gillen, an English professor and chairman of Beloit College’s journalism program who had Gillen as a student.

Fuad Al Kadas, who called Somers one of his best friends, said Somers spent time in Egypt before finding work in Yemen. Somers started teaching English at a Yemen school but quickly established himself as a one of the few foreign photographers in the country, he said.

“He is a great man with a kind heart who really loves the Yemeni people and the country,” Al Kadas wrote in an email from Yemen. He said he last saw Somers the day before he was kidnapped.

“He was so dedicated in trying to help change Yemen’s future, to do good things for the people that he didn’t leave the country his entire time here,” Al Kadas wrote.