Image of the Week: 'Let's be serious,' the French president told his U.S. counterpart, while keeping a straight face 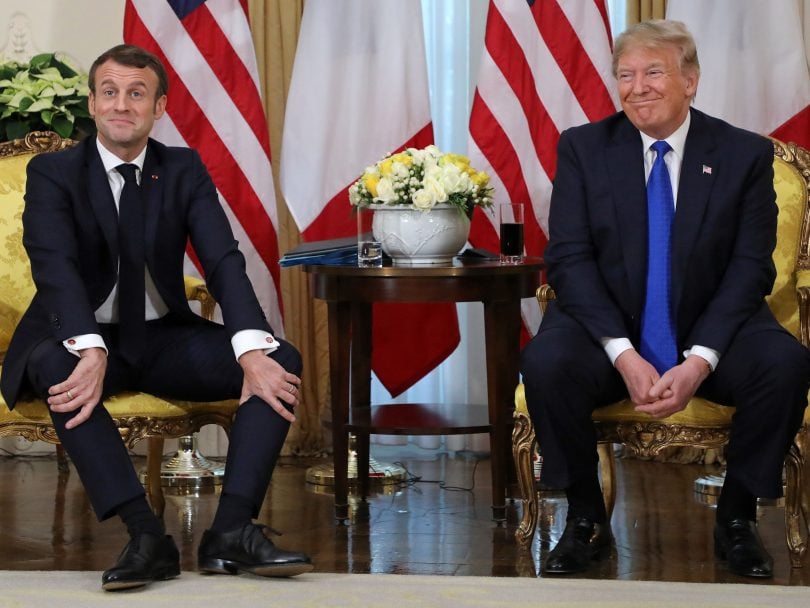 When a reporter asked President Donald Trump and his French counterpart, Emmanuel Macron, about foreign fighters in Syria during a joint press conference this week, Trump leapt at the opportunity to proclaim that “many” captured ISIS fighters “are from Europe,” turning to the French president and adding, flippantly, “Would you like some nice ISIS fighters? I can give ’em to you.” The joke did not land well. “Let’s be serious,” Macron replied, before launching into a lengthy explanation that the majority of remaining fighters were native to the Middle East, not Europe. “This is why he’s a great politician,” Trump said at the end, “because that was one of the greatest non-answers I’ve ever heard.” This kind of overt tension has become de rigeur in international affairs. Trump called Macron “very disrespectful” for calling NATO “brain dead” last month; Macron called out Trump’s lie that ISIS was 100 per cent defeated; German Chancellor Angela Merkel is locked in an ongoing struggle with Macron over the future of Europe; Turkey’s Recep Tayyip Erdogan recently threatened to side with Russia in future military conflicts across Eastern Europe; the British, in their Brexit-induced hangover, have paralyzed their own government; and Russia is laughing at the chaos. The meeting between Macron and Trump, as well as the other NATO leaders in attendance on the 70th anniversary of the organization’s foundation, did not produce any meaningful resolutions. Perhaps, as Macron indicated to Trump during their press conference, there are no easy answers. What’s left for a politician to do? Smile for the cameras.