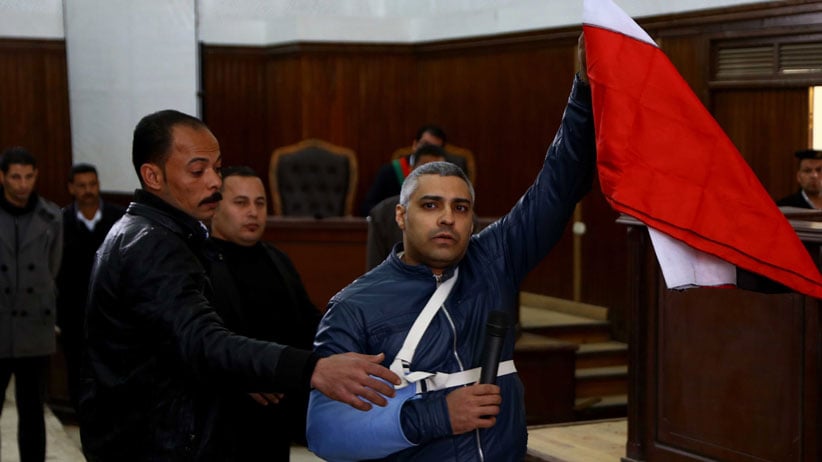 A Canadian journalist on trial for widely denounced terror charges in Egypt has filed a lawsuit against his employer.

He is accusing the Qatar-based news agency of negligence.

Fahmy, who announced his legal action from Cairo, says his lawsuit has been filed in a Canadian court.

Fahmy was arrested along with two other Al Jazeera English colleagues in December 2013 and charged with several terror-related offences.

He spent more than a year in prison before being released on bail earlier this year, and is currently undergoing his second trial after a successful appeal of his earlier convictions.