Despite playing up common-man credentials, career politician is widely seen as the darling of India's corporate world 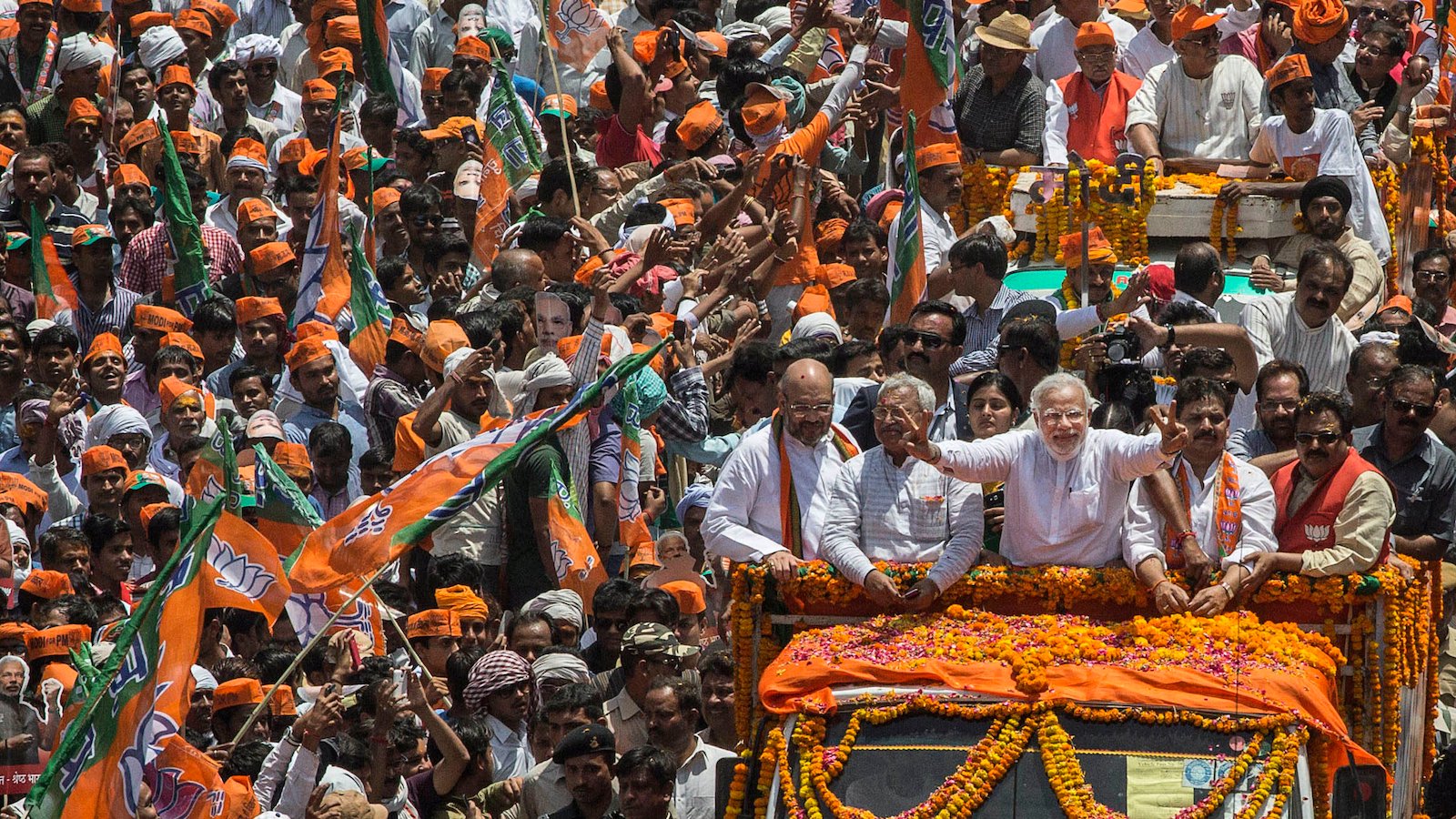 NEW DELHI — India’s next prime minister, Narendra Modi, is the son of a poor tea seller who has long set his sights on the highest elected office in the world’s largest democracy.

The top official in Gujarat state for over a decade, Modi often contrasted his humble roots with the posh background of his main rival, 43-year-old Rahul Gandhi, heir to India’s most powerful political dynasty.

As the career politician led his Bharatiya Janata Party through a dazzling, high-tech election campaign, Modi called voters’ attention to his mother riding a three-wheeled auto-rickshaw to cast her ballot earlier this month.

“I am the chief minister of a prosperous state … And my 90-year-old mother goes to vote in an auto-rickshaw,” the white-bearded Modi boasted, punching a fist through the air as he claimed his place by India’s poor masses.

But despite playing up his folksy, common-man credentials, the 63-year-old Modi is widely seen as the darling of India’s corporate world and a decisive, 21st-century administrator expected to revive job creation and economic growth.

Modi’s singular message on the economy has helped him ignore or beat back criticism of his personal life — including his strong links to a right-wing Hindu nationalist group, as well as his four-decade marriage to a retired school teacher he had never mentioned publicly until last month.

Born in 1950, Modi will be India’s first prime minister born after the country’s violent 1947 partition and independence from imperial Britain.

His rise marks a paradigm shift for the secular democracy after decades of welfare policies that have emphasized lifting the country’s impoverished. Modi has extolled the merits of trickle-down economics through industrialization.

He also has maintained strong links with the conservative, paramilitary Hindu nationalist group Rashtriya Swayamsevak Sangh, or RSS, which some describe as neo-fascist.

The RSS “will have a substantial check on Modi. He is not going to be entirely his own man,” said political analyst Kamal Mitra Chenoy of the Jawaharlal Nehru University in New Delhi.

Modi grew up in a poor village family, and at 18 was married to a girl his parents had chosen five years earlier. The union never stuck, and Modi soon left to travel for several years before returning and joining the RSS as a propagandist in his early 20s. He and his wife never had children.

Having studied political science in Indian universities, Modi formally entered politics in 1985 with the BJP, regarded as the political arm of the RSS. He quickly gained a reputation as a talented orator and a workaholic, campaigning for the BJP in several elections before being chosen as Gujarat’s highest elected official in 2001.

Modi and the BJP have been strategizing this campaign for years, launching Twitter accounts and promoting Gujarat’s economy as one to emulate for development and modernity, though several Indian states topped Gujarat’s average annual growth of 8.68 per cent from 2001 to 2010.

Backed by enormous corporate wealth, Modi and the BJP ran an aggressive, tech-savvy campaign, sending out dozens of daily messages on social media sites and even having Modi appear virtually as a hologram at campaign events. Indian media quickly gave him the celebrity-like nickname of “NaMo.”

“Wherever I went it was a delight to interact with local people. Social media also helped me understand their sentiments,” he said in a Twitter message after balloting ended Monday.

Modi’s links with the RSS, however, have alarmed liberals and secular critics who say he is not fit to lead a highly diverse nation roiling with communal tensions between castes, clans and religious groups.

Modi has also been dogged by criticism for failing to apologize for 2002 religious riots in Gujarat that killed at least 1,000 people, mostly Muslims, during his tenure as chief minister. Modi has denied any role in the violence, and the Supreme Court said there was no case to bring against him. But suspicions were enough for the United States to refuse him a visa in 2005, while Britain only ended its diplomatic boycott on Modi in 2012.

Modi stoked those worries again last week, as he railed against Muslim migrants from neighbouring Bangladesh.

“You can see how Modi is tricky, but he’s a quick learner and quick on his feet,” Chenoy said. “Modi’s idea of a statesman will be as a tough individual.”

Analysts say Modi’s success comes down to his ability to connect with the common man. He repeatedly has emphasized his origins outside New Delhi — and outside the country’s elite classes. He usually speaks only Hindi, though he is reportedly working on his English now.

He constantly hammed it up for TV cameras while wearing colorful, traditional hats from various regions, always smiling.