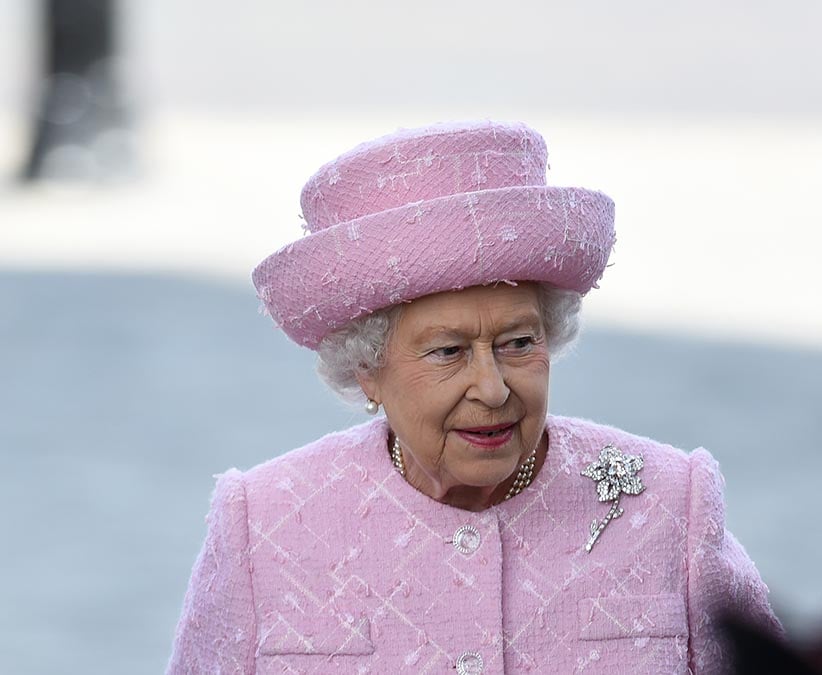 LONDON — Queen Elizabeth II has been overheard on video calling Chinese officials “very rude” in a conversation with a senior police officer at a Buckingham Palace event.

The comments, made Tuesday, were unusual because the 90-year-old monarch rarely comments publicly on political matters, and media accompanying her are asked not to eavesdrop on private conversations.

The queen’s comments, recorded by the palace’s official cameraman at a palace garden party and distributed to broadcasters, dealt with a rare state visit by China’s leaders in October, an event that required months of detailed planning and was hailed by both sides at the time as an unqualified success.

The video captured police Commander Lucy D’Orsi telling the queen that arranging the state visit by Chinese President Xi Jinping in October had been a “testing time.”

Elizabeth responded: “They were very rude to the ambassador.”

Asked about the queen’s remarks at a daily news briefing in Beijing on Wednesday, Foreign Ministry spokesman Lu Kang declined to address them directly, but said Xi had made a “very successful visit” to Britain last year.

“The working teams from both sides made huge efforts to make this possible. This effort has been highly recognized by both China and Britain,” Lu said.

Despite Lu’s comments, China appeared to regard the queen’s comments as sensitive. Information about the remarks were difficult to find on China’s heavily censored Internet and government monitors cut the signal of the British Broadcasting Company when it reported on the comments.

In the video, an official introduced the queen to D’Orsi and explains that the officer was in charge of policing for the visit. The queen responded: “Oh! Bad luck.”

The official tells the queen that D’Orsi had been “seriously undermined by the Chinese” in the handling of the visit.

When D’Orsi asked if the queen knew it had been a “testing time,” the monarch interjected: “I did.”

The officer recalled a moment when Chinese officials walked out of a meeting with Barbara Woodward, British ambassador to China, in which the Chinese told the Brits the trip was off.

“They walked out on both of us,” D’Orsi said.

“It was very rude and undiplomatic I thought,” D’Orsi said.

D’Orsi’s mother is by her side during the encounter and tells the queen she is very proud of her daughter.

Both the Metropolitan police and the palace refused to comment on what they described as private conversations. The palace stressed that Xi’s visit had been “extremely successful.”

British officials laid on dollops of pomp and splendor — including a state banquet at the palace — during Xi’s four-day state visit to nurture the U.K.’s developing economic relationship with China.

Xi was welcomed with a 41-gun artillery salute, and taken to Buckingham Palace in a royal gilded carriage drawn by white horses.

The queen gave Xi and his wife a personal tour of the Royal Collection at the palace. She gave them a special collection of Shakespeare’s sonnets and spoke glowingly of the two countries’ “global partnership” at the elaborate state dinner, which featured turbot and venison.

There were no public hints of tensions at the time, although Prince Charles — the heir to the throne, and a supporter of the exiled Tibetan spiritual leader the Dalai Lama shunned by the Chinese — did not attend the gala banquet.

The two countries signed more than 30 billion pounds ($46 billion) in trade agreements during the trip, and Cameron said Britain would be China’s “partner of choice” in the West.

British Foreign Secretary Philip Hammond said the visit “got a bit stressful on both sides” but had been “highly successful.”

He said that “our relationship with China is very strong and has been greatly strengthened by the success of that visit.”

This is not the first time British royals have been caught making undiplomatic remarks about the Chinese. Prince Charles branded Chinese diplomats “appalling old waxworks” in a private journal entry that had described the 1997 ceremony to hand Hong Kong back to Chinese rule.

In 1986, Prince Philip reportedly told British exchange students in China they would get “slitty eyes” if they stayed in China too long. In a documentary marking his 90th birthday, Philip said: “But for one particular reporter who overheard it, it wouldn’t have come out.”

At another palace reception Tuesday, cameras recorded Cameron talking about an anti-corruption summit in London, which he will chair.

Afghanistan’s Ashraf Ghani and Nigeria’s Muhammadu Buhari are due to attend the London summit and each has contributed an essay on his efforts to tackle graft.

Associated Press writers Isolda Morillo in Beijing and Jill Lawless in London contributed to this report.