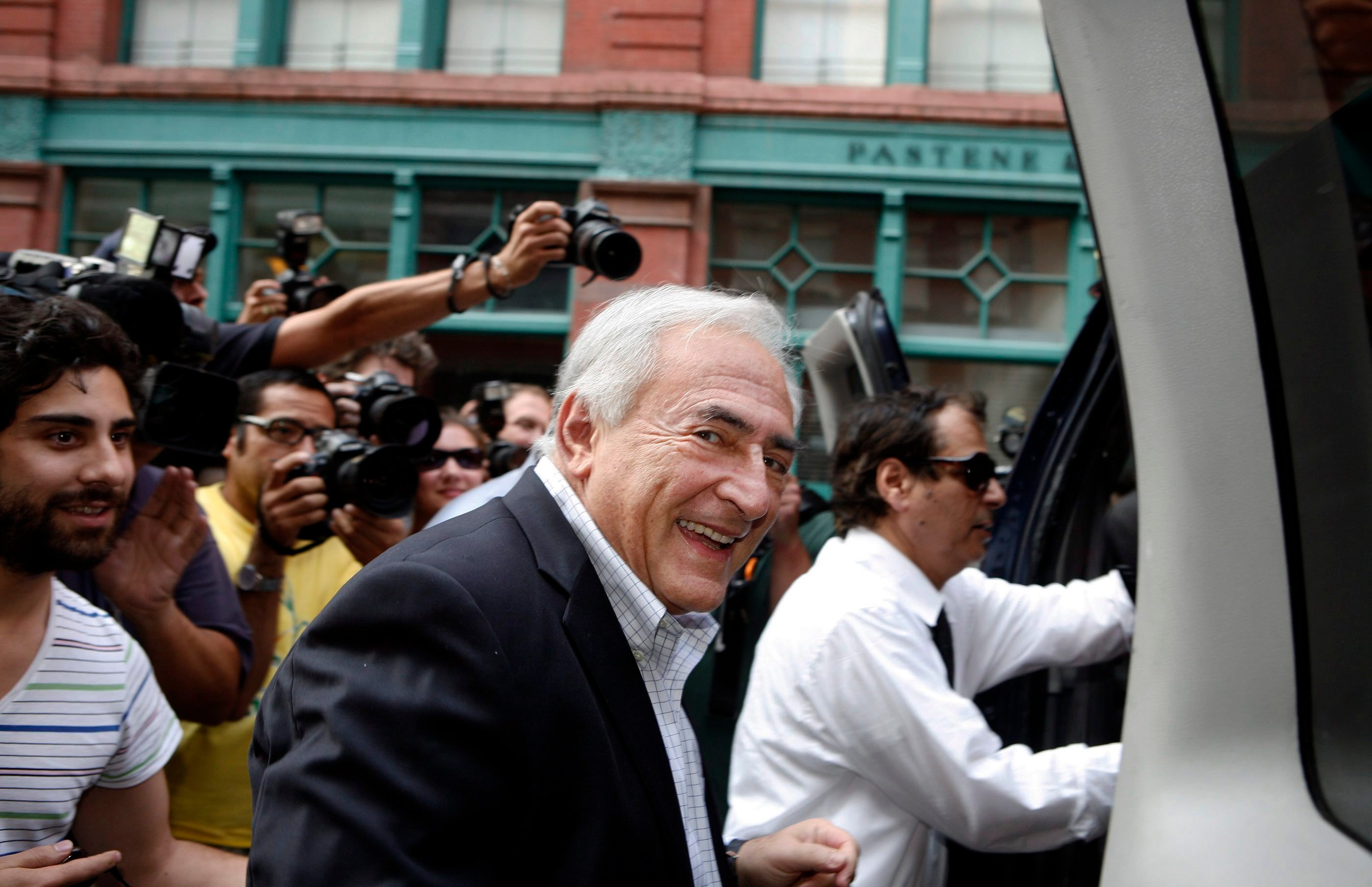 PARIS — Grabbing breasts, tweaking thong underwear, hitting a female aide in the face — top French politicians stand accused of all this and more, in a wave of allegations emerging recently that have women asking: How do we make it stop?

In 2011, Dominique Strauss-Kahn’s scandals exposed widespread sexism in French politics, prompting uproar and hope among feminists for a new era. And in 2016? Little has changed, activists say. On Wednesday they held a protest outside Parliament to say enough is enough.

What prompted the renewed anger were recent media reports and a book, “L’Elysee off,” which allege misconduct by two government ministers and a deputy parliament speaker. The accusations pose yet another problem for President Francois Hollande’s embattled government.

The most high-profile target is Finance Minister Michel Sapin, accused in the book of touching a journalist’s underwear during the World Economic Forum gathering of the global business elite in 2015. French media reported that Sapin issued a statement Tuesday to Agence France-Presse acknowledging that he touched her back, and later apologized.

Government spokesman Stephane Le Foll said Wednesday that Sapin acknowledged an inappropriate gesture. “Michel Sapin spoke out to say what he had to say, to say that he regretted it,” Le Foll told reporters after a Cabinet meeting.

Paris prosecutors are investigating allegations of breast-grabbing and other behaviour by green party politician Denis Baupin, who resigned as vice-president of the lower house of parliament this week after investigative website Mediapart and France-Inter radio released testimony by women who say he abused them. He denies misconduct.

A recent Buzzfeed report, meanwhile, exposed long-buried allegations that Territories Minister Jean-Michel Baylet repeatedly hit a female aide in the face and then settled with her privately to drop charges. His office did not respond to requests for comment Wednesday.

Speaking about all the recent accusations, Le Foll cautioned male politicians to watch their behaviour and “the attitude that politicians should have in all contexts where they exercise their responsibility. There needs to be vigilance.”

Female politicians have taken to French airwaves this week to say that the alleged acts aren’t isolated incidents and to describe sexism in politics, especially toward aides or other subordinates.

Some say the outrage over the latest scandals suggests change may finally be in the air.

That’s uncomfortable for some in France, where a politician’s private life and public actions are seen as very separate. When Hollande was caught sneaking off on a motorcycle to visit his mistress, the French public largely shrugged it off instead of viewing it as a moral scandal.

Couraud, herself a victim of harassment who for years feared to speak out, cautioned against stigmatizing all men and letting a minority of abusers turn the workplace into a zone of suspicion.

“These dirty guys are deforming human relations,” she said.