The death of ‘Chavismo’ in Venezuela

Under Nicolas Maduro, student protests against the late Chávez's policies have boiled over into violent street battles 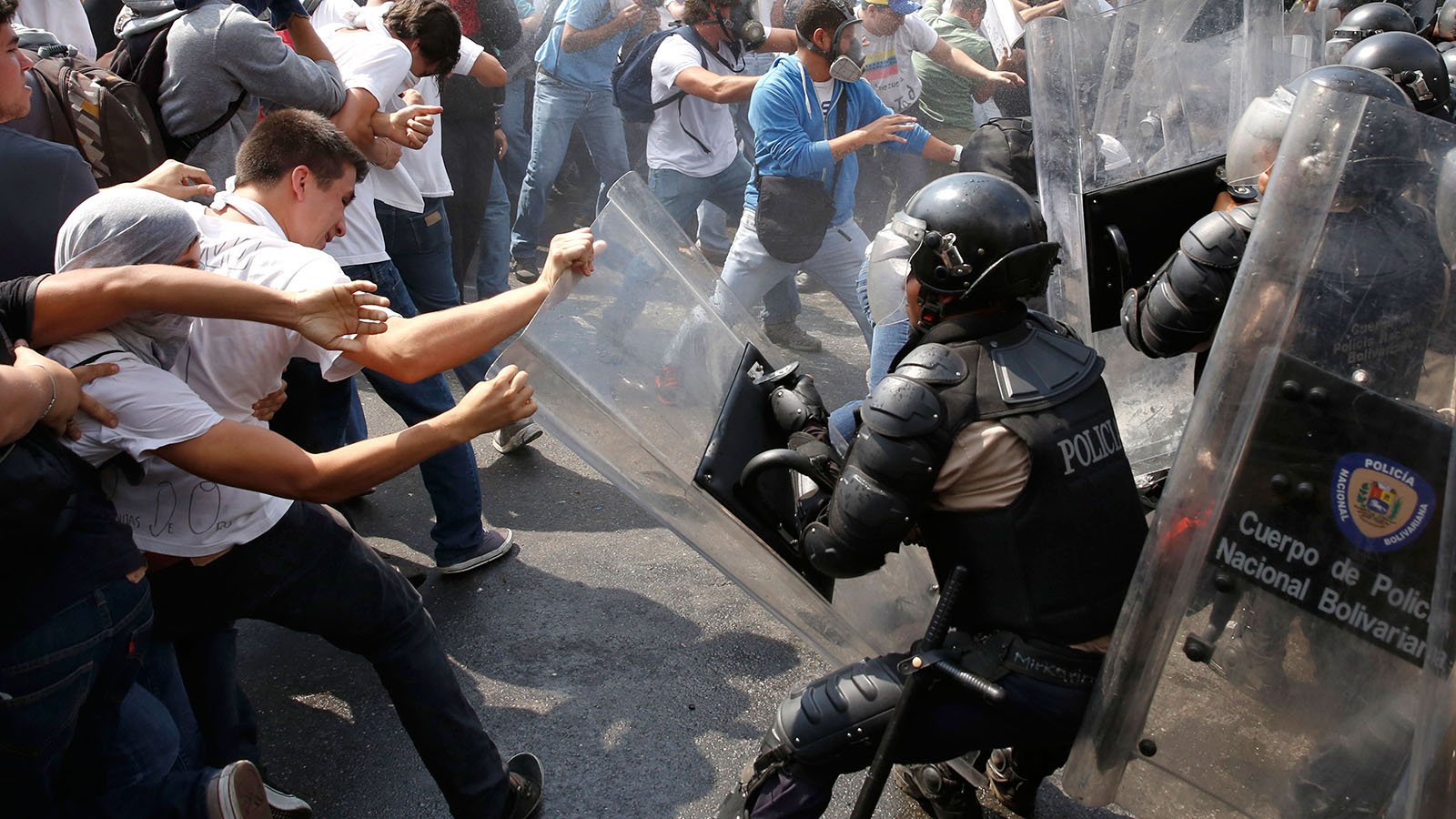 Caracas-based bond trader Russ Dallen looks for small signals with which to gauge Venezuela and its economy. He found one last year when he ran out of toilet paper and searched for it unsuccessfully in three stores. “I found this great Argentine wine,” he recalls, but no toilet paper. The government subsequently ordered 50 million rolls of the stuff, including some from Costco, which, according to Dallen, it bought retail in the U.S. and imported—all of which sold out in short order.

Such shortages are common in Venezuela, and spark discontent in the long lines that form at supermarkets running low on everything from paper products to corn flour to cooking oil. Inflation, meanwhile, registered at 56 per cent last year, among the highest rates in the world, although the unofficial tallies reach the triple digits.

For the past five weeks, anger has boiled over into deadly street protests, with 25 lives lost and the government cracking down hard. In one instance this month, a group of armed men on motorcycles fired into a crowd of protesters, killing three.

The backlash started with a protest over an attempted rape on a college campus in the city of San Cristóbal. Police forcibly broke up the protest and jailed a handful of students in faraway prisons, which provoked even more protests throughout the country. The situation quickly spiralled beyond outrage over a sexual assault and into a fight for the future of Venezuela and the consequences of 15 years of “Chavismo,” the political and economic policies of the late president, Hugo Chávez.

Students see limited opportunities in a country with a state-controlled economy and increased insecurity. “It’s about students realizing that for them it’s a very difficult path after university,” says Carlos Cárdenas, deputy head of Latin America forecasting with IHS in London. Protesting law student Agnly Veliz recently told Reuters, “What’s the point of graduating while the country is in chaos?”

President Nicolás Maduro, who won a tight 2013 election and claims Chávez has appeared to him in prayer as a “little bird,” has dismissed the protests as an attempt to overthrow his government and called the students “Nazi fascists.” But he sees a growing threat in the student protests to the “chavista” system and he has used the unrest as an excuse to censor the media. He pulled the plug on Colombian cable news channel NTN. Many Venezuelans took to Twitter, only have the Internet cut and the site allegedly blocked.

The regime Maduro inherited from Chávez, who succumbed to cancer last year, appears to be teetering after years of mismanagement. Chávez promoted “21st-century socialism” and showered money on the poor from what was treated as a bottomless barrel of petrobucks. He also gave oil to allies in the region—allowing them repay with beans, if they bothered to repay at all. “Chavismo is durable because it tapped into a deep history of economic divide in Venezuela,” says Eric Farnsworth, vice-president of the Americas Society/Council of the Americas. “But the model is financially unsustainable.”

State oil company Petroleos de Venezuela SA’s output is down by nearly a million barrels per day since Chávez took office in 1999. Venezuela sells fewer barrels to the United States, which pays more than other customers but has needed less oil from Venezuela due the growth in North American production. Venezuela has borrowed some $40 billion from China since 2008, says Dallen—with some of the money going toward providing poor households with Chinese-made appliances on the eve of elections. Venezuela now sends the country 650,000 barrels per day as repayment—half of which are sold at steep discounts. “Venezuela borrowed beyond its ability to pay,” Dallen says, adding that enormous amount of reﬁned petroleum products are consumed domestically, with gasoline selling for just pennies a litre.

Maduro’s response to the protests has reinforced the former bus driver and union boss’s reputation as a brute—unlike Chávez, who maintained his own popularity (to the point there are St. Hugo shrines) while keeping the opposition off balance. “There were things that kept Chávez from being so overly authoritarian and openly violent: his rhetorical prowess and money,” says Francisco Toro, a Montreal-based author of the Caracas Chronicles blog. But with Venezuela’s troubles worsening fast, “it’s obvious that Maduro isn’t going to have either.”

The political opposition is split between hardliners supporting the students and those encouraging dialogue. Chávez could manipulate the opposition: “He knew how to push our buttons,” Toro says. But with Maduro, the crackdown may be a sign of what’s to come. “The point of increasing the pressure, from the government’s point of view, has been to create a new normal,” Toro says. “If you go out and protest, you will be repressed and thrown in jail.”