Russia is a mess, but it's still playing the West

Scott Gilmore: It's economy is smaller than Canada's and its military is nothing next to the U.S., yet it's winning at one thing: upending the world order 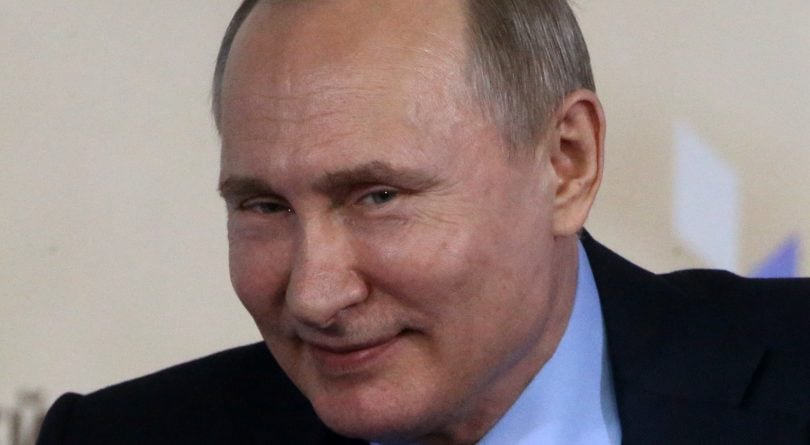 Russia is a mess. The former superpower now has an economy smaller than Canada’s. It’s GDP per capita is on the same scale as your average Caribbean nation. It manages to export less than Switzerland. And while military spending as a percentage of government expenditures is still one of the highest in the world, it only amounts to 10 per cent of America’s budget—less than what Saudi Arabia spends.

The homicide rate is six times ours. It has one of the worst incidences of alcoholism in the world and one of the highest suicide rates. The Russian man has a lower life expectancy than a male born in Pakistan, and the fertility rate has crashed.

This is perhaps Russia’s greatest challenge: simple demographics. It’s shrinking. The population size peaked in the early 1990s and has been declining ever since. It is expected to fall another 20 per cent by 2050. In a recent speech to his parliament, President Vladimir Putin himself called this the most pressing problem facing his country, and admitted the cause was “…low incomes, a lack of normal housing, doubts about the level of medical services and quality education. At times, there are doubts about the ability to provide enough food.”

But the most obvious sign of Russian decline is its isolation. Once the leader of the Warsaw pact, standing nose to nose with NATO, it now counts on only the world’s most desperate and disconnected as allies—countries like Venezuela and Syria.

Sitting on top of this is train wreck is Putin, a man who has fewer and fewer cards left in his hand. The chronic decline of his country has been exacerbated by western sanctions. He has few if any significant economic, diplomatic or soft power tools left by which to promote and defend Russian interests.

And what are those interests? What does Russia want? A new game. The post-Cold War international order has been a disaster for Moscow. One can argue about correlation versus causation, but Putin is clear on this point. In a television interview last week he was asked what one thing in his nation’s history would he like to change. Without hesitating he replied, “The collapse of the Soviet Union.”

Putin doesn’t want to rebuild the communist alliance—he has shown no interest in Marxism and knows East Germany is not coming back into the fold. But he can rebuild a sphere of control, and much of what he is doing now reflects that goal.

But, from Moscow’s perspective, the new liberal international order plays by a set of rules that ensure they will remain isolated and relatively powerless. The only way to win is to tip over the chessboard and re-assert a game of realpolitik he believes the West can’t play.

By propping up the Assad government, Russia has kept the Syrian civil war going for years and helped create the biggest refugee crisis since the Second World War—a crisis that is tearing apart the European Union’s liberal consensus and has even contributed to Brexit. By interfering in the American political system, Putin has helped fuel the emergence of a new isolationist foreign policy—one that ensures Moscow now has far more room to maneuver. And by unleashing a nerve agent in the United Kingdom, Russia has signaled to the world that it will not be constrained by the conventions and norms that currently govern global affairs.

Even as I write this, news is breaking that Russia has been running a cyber operation to damage the U.S. power grid. Russia has already achieved one of its aims—we are now playing a new game.

The question facing the West is how to respond. Perhaps we turn back to the same strategy that worked during the Cold War: containment. In the 1950s that meant physically surrounding the Soviet Union. Today we could achieve a similar effect by isolating Russia’s from the internet, investment and finance. And, to an extent, that is what the western alliance is already trying to do. Canada, the U.S. and others are have implemented targeted sanctions. Half-hearted attempts are being made to defend ourselves from cyber-warfare.

The Russian state is falling apart. Putin, in an effort to regain some control over his country’s failing fortunes, is attempting to destabilize the West. And he is beginning to succeed, by ignoring the new rules of internationalism. If we are going to respond using the Cold War playbook of containment, then we need to step up our game.

Bopping a few oligarchs on the nose and dismissing a dozen diplomats won’t do it. We need a more determined and aggressive strategy. But, sadly for us, instead of Reagan we have Trump, instead of Thatcher we have May. And, until that changes, it would seem that Putin will have the run of the board.