There’s only one villain at the United Nations 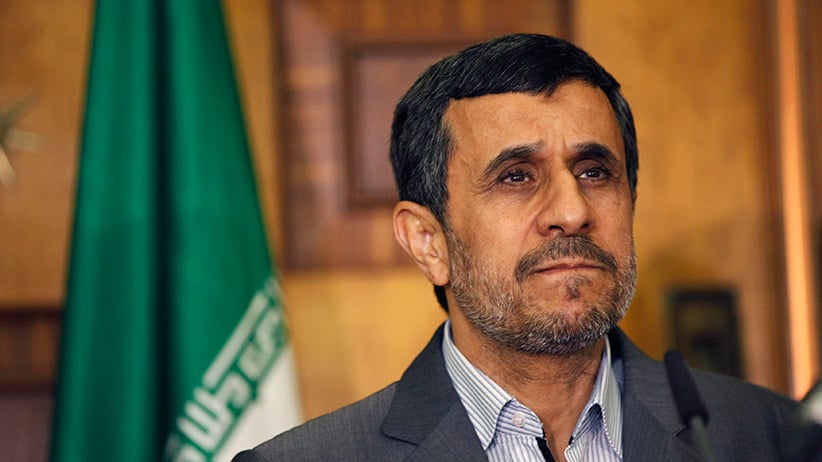 You’ve gotta love Anne Bayefsky. Don’t know her? Well she’s a Canadian unlikely to ever get an Order of Canada. Those go to chaps like William Schabas, OC, a fellow Canadian. Both Anne and William speak about human rights, Israel and the United Nations. The reason Anne hasn’t got an OC might be for her plain speaking: “Why couldn’t the UN . . . sponsor a conference on combating global anti-Semitism?” she asked this week in a jammed meeting room in the United Nations. “Because,” she told the audience, “the United Nations itself is the leading global purveyor of anti-Semitism.” As for William, he’s a hired hand of the UN’s legal pogrom demonizing Israel. You can take a boy like William and make him a human rights industry pro, but you can’t take the Students for a Democratic Society (SDS) out of the boy.

Forty years ago William, a far left member of the New Left SDS, physically prevented the distinguished University of Pennsylvania professor Edward Banfield, an expert on urban poverty, from speaking at the University of Toronto. Many of us did things 40 years ago of which we are now heartily ashamed but I’m going to hazard a guess—and it’s only a guess—that in his heart William is not ashamed of his attempt to curtail free speech. He doesn’t sound like a person who knows the meaning of shame.

In spite of the many comments Schabas has made—at meetings such as the Russell tribunal on Palestine in 2012—stating his deep animus to Israel and Israel’s record (in his view) of crimes against humanity, he won’t recuse himself from heading the new impartial UN “inquiry” on Gaza. Schabas joked that while Archbishop Desmond Tutu wants Tony Blair in the dock of the International Criminal Court, speaking for himself “ . . . my favourite would be Netanyahu . . .” Favourite? Not Bashar al-Assad, you understand, not Zimbabwe’s Robert Mugabe, not Omar al-Bashir of Sudan. Schabas thinks we’ve been a bit tough on Mahmoud Ahmadinejad, the unlamented former president of Iran, who spoke of Israel as “the stinking corpse of the Zionist regime.” Schabas dismisses him as “a provocative politician.” William’s not sure whether the terrorist group Hamas, who started the Gaza conflict by lobbying thousands of rockets at Israel, will be considered in his inquiry.

For years I’ve watched Anne Bayefsky, a human rights lawyer with a great deal of experience with the UN Human Rights Commission as a member of the Canadian delegation and of the International Law Association Committee on International Human Rights Law. Anne has been a small but not still voice of one, monitoring UN Middle East policy since the mid-1980s. Just as Schabas tried to block Banfield from speaking, the UN has tried to block Bayefsky from its hallowed halls—birds of a feather you might say. The meeting this week at which she spoke was courageously convened by the tiny nation of Palau and the Eng Aja Eze Foundation—a small foundation maintained by an Arabic-speaking Christian Nigerian.

Among the items listed in Anne’s j’accuse:

The UN’s Durban II conference in 2009 invited president Ahmadinejad, who described “global Zionism” and “its ugly face,” manipulating the world through political and economic power. But list all this and mainstream media will still forgo any rational or “balanced” (there’s a word I hate: “balanced,” meaning neutrality between good and evil) coverage of Israel. If you log into MEMRI (the Middle East Media Research Institute), which I highly recommend, you can see a remarkable video of a Hamas terrorist leader, Ismail Haniyeh, explaining how the Hamas “narrative is the river from which global media drank information.” He didn’t need to add “and got dead drunk.”

Every now and then a chink of light appears: to whit the Aug. 13, 2014, report to the General Assembly of an independent inquiry on Syria, which for once was not loaded up with Arab or African bloc members. That report contains shattering accounts of torture and crimes against humanity involving millions of civilians. Crucifixions, amputations, rape, wives afraid to claim their husband’s and children’s bodies from the Assad regime’s hospitals and prisons as well as barrel bombs dropped on housewives at market: the report concludes Syria today is the “world’s worst humanitarian catastrophe.”

A very few lucky Syrians get to hospitals in Israel. Most are unlucky victims of the spreading cruelties of the Arab world’s civil wars and competition for who can do the crudest beheadings. A decent beheading, after all, takes skill—unlike the blunt knife jobs of ISIS, which start by gently slitting the throat and then repeatedly hacking away while the victim gurgles half alive as the blood drains out and children and civilians are forced to watch. UN assistant secretary-general Kyung-Wha Kang appealed to the Security Council to end the failure of every party to stop this spreading carnage. Kang is South Korean: unlike the majority of General Assembly delegates she does not sit on her hands while Christians are exterminated and Muslim non-combatants are butchered across the Middle East while applauding condemnation of Israel.

And what’s new, pussycat, in the Palestinian National Authority these days? President Mahmoud Abbas congratulated President Assad on his re-election and, meanwhile, South Africa is boycotting penis clamps that prevent the spread of AIDS: they’re made in Israel.