First on his to-do list: 'We have to investigate the entire previous government.' 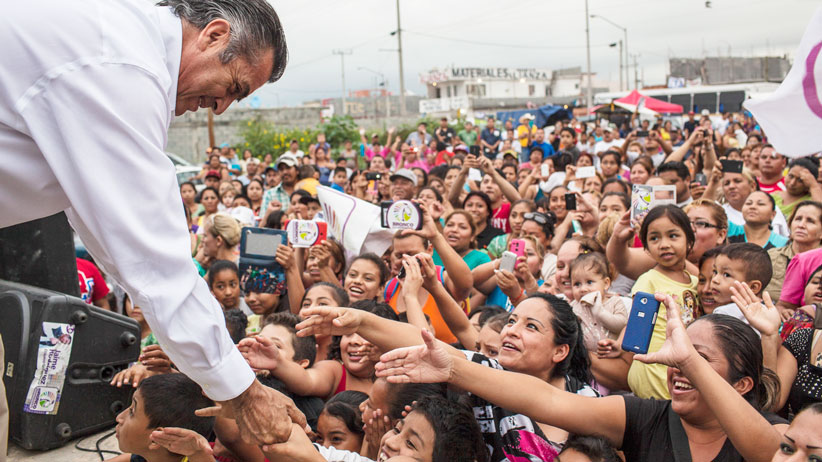 President Enrique Pena Nieto’s Institutional Revolutionary Party, or PRI, lost seats in congress, according to official voting trends released late Sunday by the electoral institute. But a strong and controversial campaign by the Green Party, a PRI coalition ally, boosted the Greens to as many as 20 seats, and was close to giving the ruling party a voting majority for the first time in nearly two decades.

“The PRI lost, but not very much,” said Jesus Cantu, political analyst at the Monterrey Institute of Technology.

In an election marred by sporadic violence, independent Jaime Rodriguez, known as “El Bronco,” was declared the unofficial winner of the governor’s race in Nuevo Leon, ousting the PRI from a key state that is home to the powerful business hub of Monterrey. His popularity was attributed to voters’ disgust with all political parties, each with its own corruption scandals.

“I think in the whole country, this will help the political parties to renew and transform themselves so they can be better,” said Rodriguez, adding he would give them a “six-year vacation.”

He said his first action as governor will be to attack corruption: “We have to investigate the entire previous government.”

It was the first election in Mexico to allow unaffiliated candidates, thanks to an electoral reform last year.

The horseback-riding, boot-clad, tough-talking Rodriguez earned his nickname after he survived two assassination attempts that left his car bullet-ridden as mayor of a suburb of Monterrey. He said the attacks were from a drug cartel.

His support harkens back to 2000, when another plainspoken cowboy candidate, Vicente Fox, managed to topple the PRI’s 71-year rule and win the presidency for the opposition National Action Party.

Sunday’s vote came amid widespread discontent with politicians in Mexico, where a series of corruption scandals, a lacklustre economy and human rights concerns related to the missing students and suspected army massacres have tarnished Pena Nieto’s image and fed anti-government protests.

Green Party ads were everywhere during the campaign as it marketed itself as a fresh alternative, and the party was fined millions for violating campaign laws. But the strategy paid off. The Green Party votes in lockstep with the PRI and critics called it a time-worn practice by the PRI to bolster a small ally when it is down in the polls.

Thousands of soldiers and federal police guarded polling stations where violence and calls for boycotts threatened to mar the vote for 500 seats in the lower house of Congress, nine of 31 governorships and hundreds of mayors and local officials.

“There were those who wanted to affect the elections, including with violence in the previous days designed to discourage the public,” President Enrique Pena Nieto said in a national address. “But the mandate Mexicans gave to authorities today was to reject violence and intolerance.”

The midterm elections drew a 47 per cent turnout, and attention was unusually high this time as a loose coalition of radical teachers’ unions and activists vowed to block the vote.

Protesters burned at least seven ballot boxes and election materials in Tixtla, the Guerrero state town where the teachers’ college is located.

Soon after, there was an exchange of rock-throwing between protesters and hundreds of people who said they intended to defend their right to vote. There were no immediate reports of injuries.

Ballot boxes were also destroyed in the southern states of Chiapas and Oaxaca. In Oaxaca’s capital, masked protesters emptied a vehicle of ballots, boxes and voting tables and burned the material in the main square.

The state government reported 88 arrests related to the destruction of election materials and disturbances in the capital, Tuxtepec and Salina Cruz.

In Monterrey, two political parties reported that armed men were intimidating voters in three towns near the border with Texas.

Violence ahead of the elections has already claimed the lives of three candidates, one would-be candidate and at least a dozen campaign workers or activists.