US, other powers want to arm Libyan government 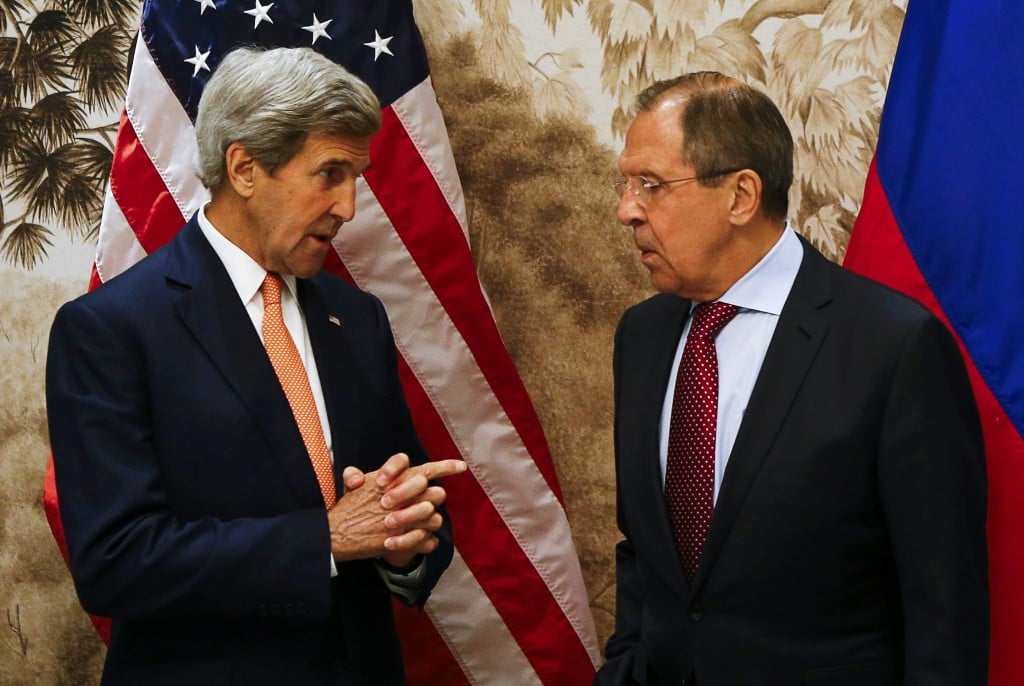 VIENNA – In a move fraught with risk, the United States and other world powers said Monday they would supply Libya’s internationally recognized government with weapons to counter the Islamic State and other militant groups gaining footholds in the chaos-wracked country’s lawless regions.

Aiming at once to shore up the fragile government, and prevent Islamic State fighters and rival militias from further gains, the U.S., the four other permanent U.N. Security Council members and more than 15 other nations said they would approve exemptions to a United Nations arms embargo to allow military sales and aid to Libya’s so-called “Government of National Accord.”

In a joint communique, the nations said that while the broader embargo will remain in place, they are “ready to respond to the Libyan government’s requests for training and equipping” government forces.

“We will fully support these efforts while continuing to reinforce the UN arms embargo,” the communique said.

With support from all five permanent members of the U.N. Security Council, the plan is unlikely to face significant opposition from any quarter.

The communique was issued at the end of the talks that gathered U.S. Secretary of State John Kerry and top officials from more than 20 other nations to discuss ways to strengthen Libya’s fledgling government. The aim is to give the internationally recognized administration more muscle in fighting Islamic State radicals and end its rivalry with a group to the east claiming legitimacy.

The step will boost the government’s efforts to consolidate power and regain control over Libyan state institutions like the central bank and national oil company. However, it also comes with risks, not least of which is that the arms may be captured or otherwise taken by the Islamic State or other groups.

Libyan Premier Fayez al-Sarraj said his government would soon submit a weapons wish list to the Security Council for approval.

“We have a major challenge ahead of us,” in fighting extremists, he said. “We urge the international community to assist us.”

“The key question is whether Libya remains a place where terrorism, criminal human smuggling and instability continue to expand, or if we are able, together with the government of national unity to recover stability,” he told reporters.

The challenges are daunting.

Libya descended into chaos after the toppling and death of Moammar Gaddafi five years ago and soon turned into a battleground of rival militias battling for powers. More recently, the power vacuum has allowed Islamic State radicals to expand their presence, giving them a potential base in a country separated from Europe only by a relatively small stretch of the Mediterranean Sea.

Also worrying for Europe is the potential threat of a mass influx of refugees amassing in Libya, now that the earlier route from Turkey into Greece has been essentially shut down. British Foreign Secretary David Hammond said his government had received a request from the Libyan government to bolster its Coast Guard _ a project “which will address Libyan concerns about smuggling and insecurity on their border but will also address European concerns about illegal migration.”

In Libya, meanwhile, the U.N.-established presidency council on Monday effectively gave the go-ahead for 18 government ministers to start work, even though they have not received backing from the parliament.

The council was created under a U.N.-brokered unity deal struck in December to reconcile Libya’s many political divisions. It won the support of a former powerbase in the country’s capital, Tripoli, but failed to secure a vote of confidence by the country’s internationally recognized parliament, based in Tobruk, a city in eastern Libya.

The U.N. deal also created the internationally recognized government, through a de facto Cabinet to administer the country under Prime Minister-designate Fayez Serraj and the 18 ministers will answer to him.

Divisions in theTobruk parliament between boycotters and supporters of the new government have prevented the house from reaching a quorum to endorse the council.