Image of the Week: True to form, the Russian president tries something no one else thinks they can get away with 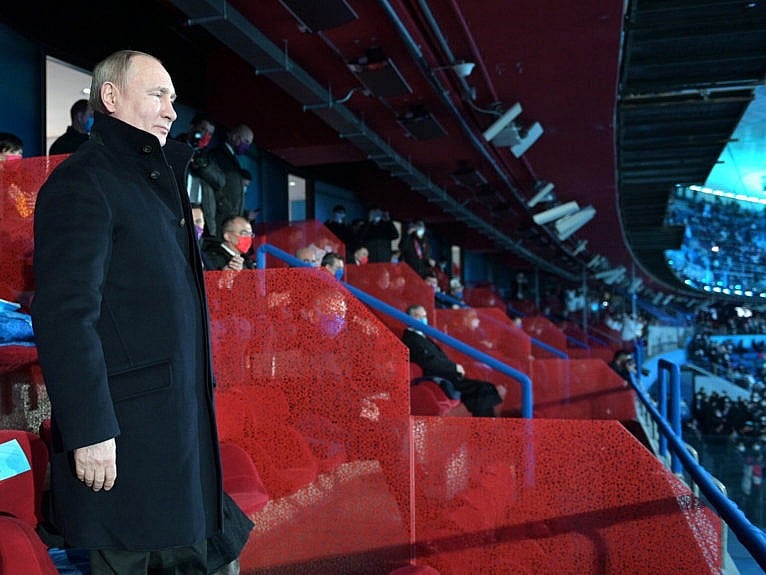 Putin at the opening ceremony of the 2022 Winter Games in Beijing. (Handout image from Kremlin Press Office/Anadolu Agency/Getty Images)

Russian President Vladimir Putin is nothing if not strategic. That he deployed as many as 100,000 troops to the Ukrainian border before the Winter Olympics in Beijing, then released a joint statement of mutual support with Chinese President Xi Jinping one day before the opening ceremonies, is surely no coincidence. In their letter, they stated the two countries’ alliance had “no limits.” And why would it? Putin seemingly delights in ignoring democratic countries’ wishes in Eastern Europe. If there were a gold medal for eye-rolling, Xi’s government would win it for all the times a Western nation or organization has labelled their treatment of Uyghurs a genocide. And none of the diplomatic boycotts of these Games announced by countries like Canada has led to meaningful movement on the part of China from its campaign of deflection and denial. Authoritarian states, led by strongmen who are changing their nation’s laws to stay in power, have every reason to stick together—and stick it to the West. So it’s no surprise to see Putin at the Games’ opening ceremony, unmasked and alone, flaunting pandemic protocols—in an image distributed by the Kremlin, itself. At a glance, it appears no one else in attendance went maskless. Maybe no one else knew they could get away with it, either.