Welcome to a world no longer led by Moscow and Washington - Macleans.ca 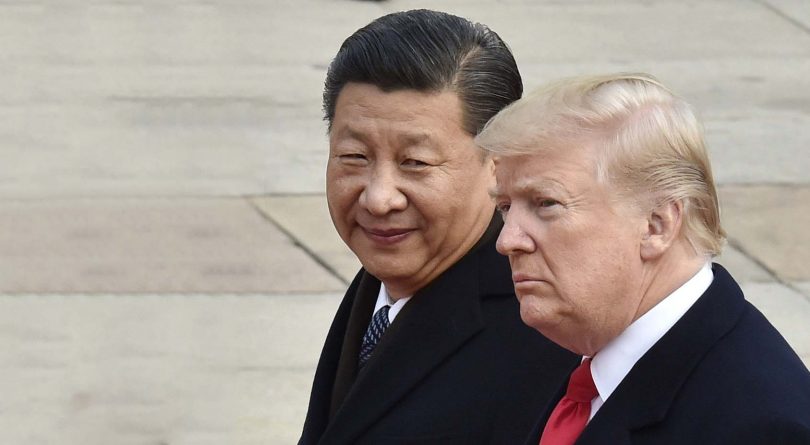 In Moscow, yesterday, the news must have arrived at the Ministry of Foreign Affairs quickly and caused a stir. In retaliation for a nerve agent attack against a former double agent living in the United Kingdom, Russian diplomats around the world were being declared persona non grata in droves.

Canada announced four were to be sent home. In Australia the number was two. Across Europe the total was 55. And in the United States, the State Department kicked out 60 and closed one consulate.

At that same moment in Washington, John Bolton was entering the White House to begin his first day on the job as President Donald Trump’s new National Security Advisor. Politicians and pundits in the U.S. and abroad were either alarmed or very alarmed at the president’s spur of the moment appointment, one that even surprised Bolton. None of his predecessors have been as hawkish, nor shared his opposition to the post-war international system of multilateralism.

And, in Beijing, while Bolton was settling in to his new office, several streets were shut down as a very large and heavily guarded motorcade made its way from the train station to a state guesthouse. Speculation in China and beyond was that this was a visit by the reclusive North Korean dictator Kim Jong-un.

These three moments, unfolding simultaneously, illustrate a recent and remarkable shift in world history. For seven decades the two poles of Moscow and Washington have defined global affairs. From the uneasy alliance of the Second World War, through the Cold War, and then after the fall of the Soviet Union through the uni-polar world of America as the lone “hyper-power”, it has been necessary to look to the Kremlin or the White House to properly understand any significant international issue. But that era is now effectively over.

READ MORE: Russia is a mess but it’s still playing the West

The decline of Russia after the fall of the Berlin Wall was fast and breathtaking. Through habit, we often still categorize it as a world power, but in truth it has been reduced to middle power at best. Its economy is so worn out it ranks only the fifth largest in Europe. In terms of soft-power, Russia is not even socially or culturally influential among many of its immediate neighbours, which have now turned towards the European Union.

Hobbled by corruption and cronyism, the Kremlin is incapable of projecting its power globally, and has been reduced to a form of asymmetric cold warfare. With the exception of its largely unusable (except as an apocalyptical last resort) nuclear arsenal, Russia cannot compete militarily. Its last aircraft carrier travels with a tugboat due to its frequent breakdowns.

It cannot rely on its economy to influence other foreign powers. The EU imports more from Switzerland; and threats to cut off energy exports are less believable as Moscow increasingly depends on those sales to keep its own lights on.

And diplomatically, Moscow no longer leads a broad international bloc of like-minded nations. The list of countries that will still line up behind the Kremlin is short and shabby, including Venezuela, South Ossetia and Syria. The only diplomatic tools Russia has left or can afford to use are digital IEDs, Facebook memes and Twitter bots.

By comparison, the decline of Washington came gradually, then suddenly. After the end of the Cold War the United States enjoyed the newfound luxury of unilateralism. The allies it had cultivated since the Second World War were no longer absolutely essential, making it much easier to pursue unpopular wars or policies. Canada and other traditional friends found it easier to say “no”, and increasingly defined the bilateral relationship by the differences and not the commonalities.

When Trump arrived the American century officially ended. His hostility towards a post-war international system that put Washington at the center forced the world to rewire itself. The White House was no longer leading. At best, it was an indifferent observer, at worse a possible spoiler.

Even just a few years ago something as ambitious as the Trans Pacific Partnership would have been seen as impossible without Washington’s blessing. Now, its inclusion is not only unnecessary, but possibly unwanted.

The appointment of Bolton is symbolic of this decline. Previous National Security Advisors sought to place Washington at the center of everything—to define the United States as the “indispensable nation”, making its involvement necessary to solve any of the great problems facing the world. Bolton’s goal is the exact opposite, to isolate America, place it behind walls, cut it free from any encumbering alliances.

Meanwhile, Beijing has incrementally grown more influential. By some measurements, theirs is now the largest economy in the world. When any nation considers its policies with China, it must first consider any impact on trade. Across the developing world, Beijing is bribing or openly buying the friendship of countries once courted by Washington and Moscow.

So, today, as Russia sends out mocking social media messages and as Bolton prepares to withdraw America from the Iran nuclear deal, Kim Jong-un is meeting with Xi Jinping. As the two of them talk, they will inevitably shape the future of the Korean peninsula, of Asia and of the world.