What comes next in the long battle over Keystone XL

In the end, a long-awaited Senate vote on the oil sands pipeline was all about U.S. politics. Why that could spell more bad news for Alberta 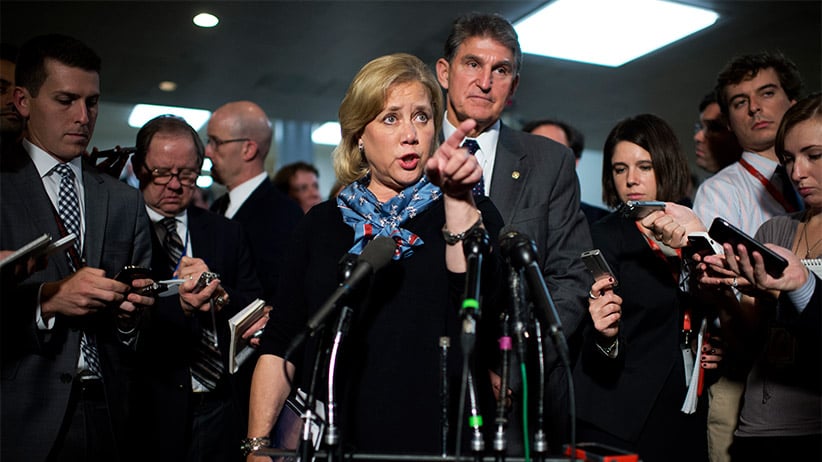 The periodic gyrations in the Obama administration’s six-year review of the Keystone XL pipeline have often been used to measure the Relationship: Are the relations between Stephen Harper and Barack Obama cool/frosty/on ice? Did a minister display adequate outrage/impatience while standing with a secretary of state who could only say that the application review process is “ongoing”?

Yet when the issue finally rocked Washington this week, it was the result of a purely domestic political drama that no one saw coming until it exploded on the floor of the U.S. Senate.

On the first day lawmakers came back from a recess for the mid-term elections, Mary Landrieu, a Democratic senator from the pro-oil state of Louisiana, stormed the floor of the chamber and demanded a vote on TransCanada’s proposed pipeline from Alberta’s oil sands to the Gulf Coast. The Nov. 4 mid-terms handed Republicans control of the Senate beginning in January, but Landrieu’s seat was in limbo: she faces a runoff election against a Republican opponent on Dec. 6.

Fighting for her political life and eager to show voters and backers in her conservative state that she could get things done, Landrieu made the pipeline her last stand. Without consulting Democratic or Republican leaders in the Senate, she spoke for almost three hours to demand a vote on a bill that would short-circuit Obama’s review process and authorize the pipeline.

Democratic leaders in the Senate, who had resisted bringing the pipeline to a floor vote for years, got out of her way. By the end of the week, the Republican-controlled House of Representatives, which had already voted eight times over the years to okay the project, passed the legislation 252-161 (though they named it after her election opponent, a Republican congressman, Bill Cassidy, who co-sponsored the bill.) Two candidates were now trying to out-Keystone one another.

Armies on both sides were mobilized. Environmentalists and landowners who oppose the pipeline held demonstrations outside of Landrieu’s home and sit-ins at senators’ offices. Meanwhile, Landrieu and her allies searched for an elusive final vote. Their vote count was stuck at 59—all 45 Republican senators were in favour, along with 14 Democrats. The total was one fewer than the 60 needed to move the legislation forward and avoid a filibuster in the 100-seat chamber.

“I know they’re burning up the phone lines and emails trying to find that vote,” Democratic majority whip Dick Durbin told CNN on Sunday. By Tuesday, the day of the vote, even the Senate majority leader, Harry Reid, said he had no idea what would happen.

While Landrieu looked for one more colleague, the speechifying on the Senate floor demonstrated that the project has become a proxy for a broader debate about the future of fossil fuels in America. “I call this the XL—the Xtra Lethal pipeline,” said California’s Barbara Boxer, a Democrat. “This is about whether we double down on fossil fuels or move forward on clean energy,” said Hawaii Democrat Brian Schatz.

Related reading: The untold story of the Keystone pipeline war

Landrieu is a conservative Democrat from a storied Louisiana political family—her father was a cabinet secretary in the Carter administration and former mayor of New Orleans, a post now held by her brother. But she could only look on helplessly as she fell short by one vote, 59 to 41.

The loss is hardly the end of the legislative story. The votes had been barely counted when Sen. Mitch McConnell, who takes over as majority leader in January, rose to declare that, “This will be an early item on the agenda in the next Congress.”

The new Senate is expected to have a filibuster-proof majority in favour of the bill—setting up a potential confrontation with Obama, who wields the power to veto. 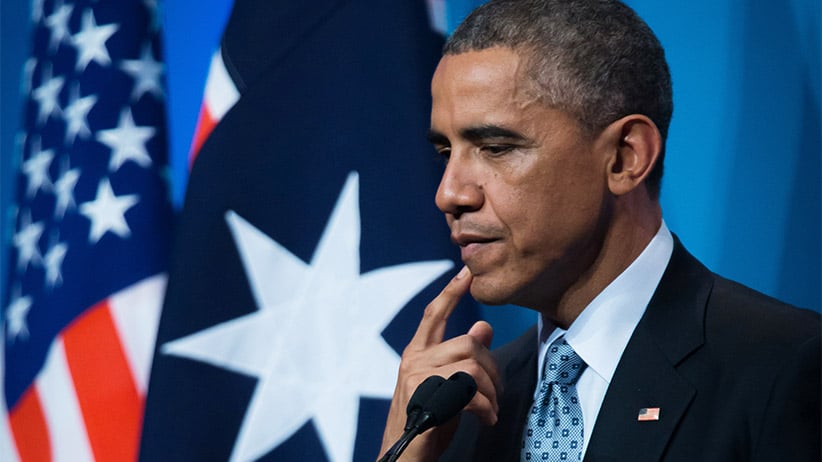 The President has for years been careful to not betray his views on the pipeline while the State Department’s review process unfolds. This week, however, his comments echoed those of the project’s critics.

While Washington was seized with the pipeline debate, Obama was travelling in Asia, where he had just announced a historic agreement with China to reduce greenhouse gas emissions—part of the environmental legacy he hopes to leave in the final two years of his presidency. Asked about the pipeline bill in Burma on Nov. 14, Obama said he wanted the federal review process, which has been paused pending the resolution of a court case involving the pipeline route through the state of Nebraska, to play out.

But then he added a startling comment: “Understand what this project is. It is providing the ability of Canada to pump their oil, send it through our land, down to the Gulf, where it will be sold everywhere else,” the President said. “That doesn’t have an impact on U.S. gas prices. You know what does have an impact on U.S. gas prices? The incredible boom in U.S. oil production and natural gas production that has taken place under my administration.”

Obama seemed to embrace the view that the pipeline was meant as a conduit to export crude oil—a view that was rejected by the State department’s own environmental impact assessment last January. State also concluded that the diluted bitumen from Alberta was likely to replace declining supplies of heavy crudes from Venezuela and Mexico.

The CEO of TransCanada, Russ Girling, took to the U.S. airways to emphasize that all the crude oil in the pipeline was headed for refineries in the U.S. “One hundred percent of our shippers continue to say that the oil will come out of Canada and be delivered to the Gulf Coast,” Girling told ABC on Sunday. Some refined products, such as diesel, are already exported by the refineries.

Obama’s comments stood in marked contrast to the enthusiastic tone he struck in March 2012 while campaigning for re-election and pledging to fast-track paperwork for the southern leg of Keystone XL, from Cushing, Okla., to the Gulf Coast. Back then, he said, “a company called TransCanada has applied to build a new pipeline to speed more oil from Cushing to state-of-the-art refineries down on the Gulf Coast. And today, I’m directing my administration to cut through the red tape, break through the bureaucratic hurdles, and make this project a priority, to go ahead and get it done.” The pipeline’s southern leg is now operational, while the cross-border portion remains in limbo.

Two days later, at a stop in Brisbane, Australia, Obama was asked whether he would veto Landrieu’s bill. “We’re going to let the process play itself out,” he said. “But I won’t hide my opinion about this, which is that one major determinant of whether we should approve a pipeline shipping Canadian oil to world markets, not to the United States, is: does it contribute to the greenhouse gases that are causing climate change?”

A reporter tried to follow up, but Obama cut him off: “I got to move on, man.  Everybody wants to go home. All right? Other people have questions.” 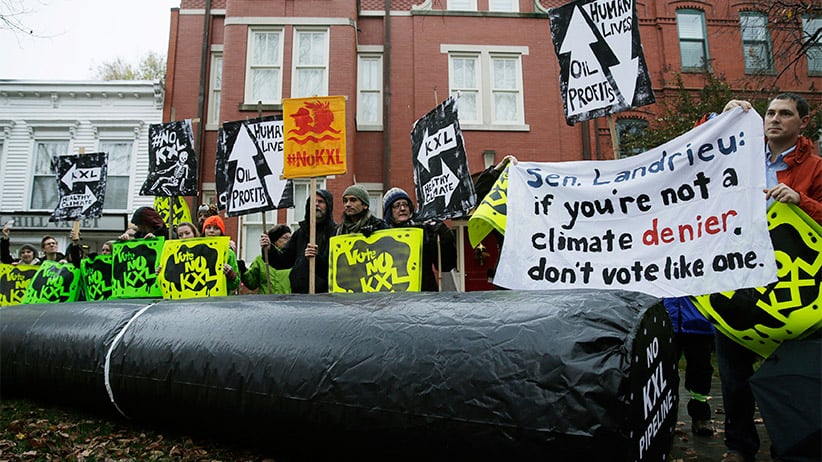 Climate advocates and representatives from the Rosebud Sioux Tribe in South Dakota protest against the Keystone XL pipeline in front of the home (center) of U.S. Senator Mary Landrieu (D-LA), chair of the Senate Energy Committee, in Washington November 17, 2014. (Gary Cameron/Reuters)

The new tone suggests more trouble ahead for pipeline advocates. On one hand, the Republican-controlled Congress will champion the issue; on the other hand, the President appears willing to push back. Whether or not the two sides can reach a deal will be a top concern for Alberta’s new envoy to Washington, Rob Merrifield, a former MP from Alberta who was brought in by new Premier Jim Prentice.

This month he replaced David Manning, a former deputy minister of energy in Alberta, who had been the province’s chief advocate in Washington since 2013. “One of the results of the Keystone battle has been to draw largely partisan lines around Canadian energy in Washington,” said Manning in an interview. The task ahead will be to prevent Canadian oil from becoming politically toxic to Democrats in the Senate and the administration.

Looking back over the six-year saga, Manning said there are lessons for future Canadian projects. Natural allies, such as the conservative Republicans of Nebraska, should have been listened to when they raised concerns, such as the route through an important aquifer and land formation called the Sandhills. That became the source of many delays. “I walked into a Washington office of a Nebraska senator and the first thing you see is a big coffee-table book about the Sandhills. It’s sacred ground,” he noted.

The federal effort to sell the project to Washington as ethical oil from a friendly ally committed to the same greenhouse gas emission reduction targets as the U.S. also turned out to be a double-edged sword, inviting a spotlight on Canada’s policy failures to meet those targets.

The temperature around the pipeline can only be expected to rise in the new year when the new Republican majority takes over the Senate. They will be seeking to undo many of Obama’s climate polices, especially EPA regulations on coal-fired power plants, the heart of his policy and legacy, inviting a backlash from Democrats and environmentalists.

Many of the moderate Democrats who supported the pipeline in the Senate will be leaving, replaced by Republicans. There will be more overall votes for the pipeline, but the dividing lines will become even more partisan—and more tempting for Obama to veto.

Manning said the challenge for Alberta will be to move beyond Keystone XL. “The task is to work with the new Congress to get the Keystone conversation behind us so we can have more conversation about how Canada and Alberta will participate with the United States on the convergence of economic development and the environment,” he said.

His successor, Merrifield, said the province has no plans to back down pushing for more infrastructure to bring Alberta’s energy south. “There is a North American energy agenda that we will continue to work on with our partners,” he said in an interview. Merrifield cited the proposed expansion of existing Enbridge pipelines that the company wants to expand from 400,000 barrels per day to 800,000. “There is a potential proposal to move energy up through Alaska,” he added.

“We need alternatives and we are not shy about saying that we need to get our infrastructure to tide water,” he said.

Like his predecessors, Merrifield arrives promising to do a better job of telling “Alberta’s story,” including publicizing measures such as the province’s $15-per-tonne levy on carbon dioxide emissions. He did not rule out the possibility of the province taking new environmental measures: “Our premier is adamant that we have to do more.”

Merrifield was bullish on Keystone XL in light of the incoming Republican Congress. “At least now there seems to be a strong mandate with both Houses controlled by Republicans. There will be much more of a demand by the American public to have executive and legislative branches to sit down and negotiate a way forward for the betterment of the country,” he said.

But judging by the passions on display in Washington this week, the defeat of the Landrieu bill in the Senate may have only hardened opponents’ resolve.