What does Brexit reveal about a global generational divide?

Three-quarters of 18-24 year olds voted to stay in the European Union. The younger the voter, the more likely they were to vote to remain. 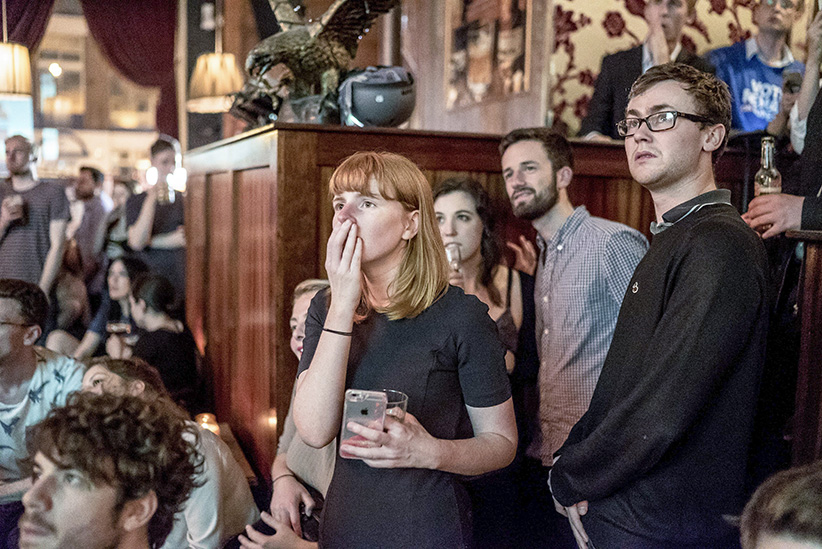 A woman reacts during a referendum results party at the Lexington pub in London, June 23, 2016. A record number of registered voters were expected to decide whether Britain will leave the European Union. (Andrew Testa/New York Times) 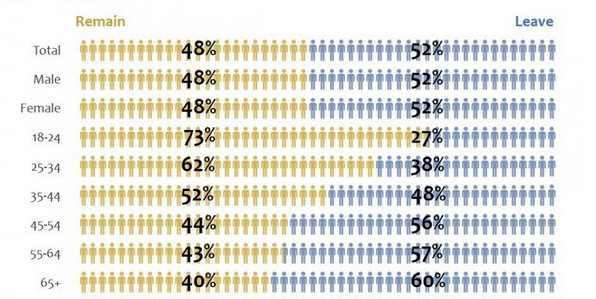 A YouGov poll of 1,652 people conducted June 17-19 had similar findings. While voters in the 18-24 age group split 64/24 in favour of Remain, voters 65 and over swung the opposite way, splitting 33 to 58 per cent in favour of Leave. This prompted many on Twitter to share a chart showing the more years someone had to live with leaving the EU, the less likely they were to vote for it.

Another YouGov poll found that, on voting day, 75 per cent of 18-24 year olds voted to stay in the European Union. While voter age is not recorded at the polling station, looking at districts with a lot of young voters largely backs up the pollsters’ claims. Urban areas where the average age was 35 and under overwhelmingly backed Remain. Districts with large university student populations, such as Oxford and Cambridge, were also Remain strongholds.

This generational divide is part of a growing trend around the world. In the United States, anti-establishment candidate Bernie Sanders has consistently outpolled Hillary Clinton among young people in their race for the Democratic presidential primary. Reuters currently has Sanders beating Clinton 62-25 per cent among 18-29 year olds despite the fact that she is the presumptive Democratic nominee and outpolls him overall. 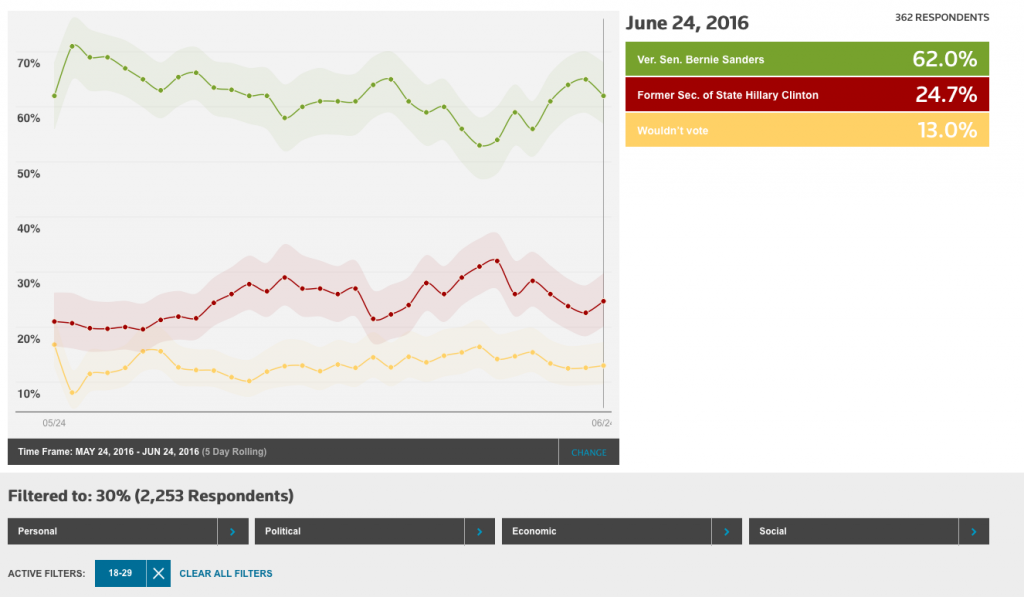 It’s not just Sanders. While Clinton leads Donald Trump 40-31 per cent overall there’s a very different picture when it comes to young people. Clinton is still in the lead among 18-29 year olds, with 37-23 per cent, but fully 41 per cent said they would vote for a third-party candidate, refused to answer, or said they wouldn’t vote at all. 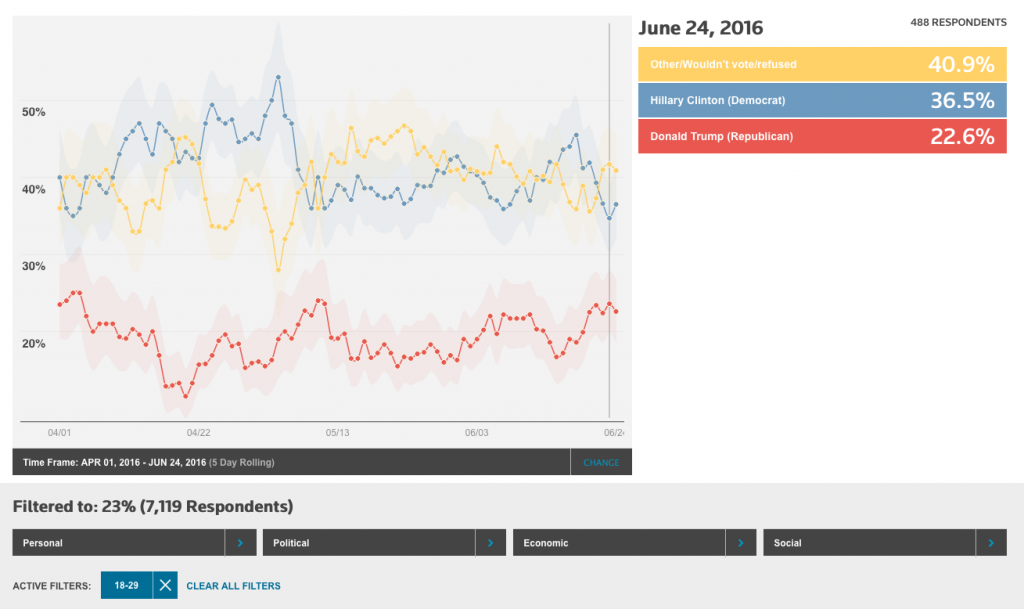 The appeal of alternative parties isn’t limited to the United States; non-traditional, anti-establishment parties are growing. Populist parties are on the rise in a dozen European countries stretching from Portugal to Hungary. In Austria, the leader of the far-right Freedom Party Norbert Hofer recently lost the presidential election by just over 30,000 votes. The Freedom Party is challenging the election result in Austria’s constitutional court and Hofer could still be sworn in as president.

Though the youth divide is probably the most dramatic statistical split, the Brexit vote also revealed a number of geographic divisions. Nearly 96 per cent of Gibraltar, a British territory nestled at the southern tip of Spain, which has been a source of dispute between the two countries for 300 years, voted Remain. Within hours of the result, Spain proposed that the United Kingdom agree to joint control over Gibraltar. Sixty-two per cent of Scotland and 56 per cent of Northern Ireland voted to Remain in the European Union. Nationalist leaders in both countries are already pondering independence from the United Kingdom.