What is Article 50 of the Lisbon Treaty? 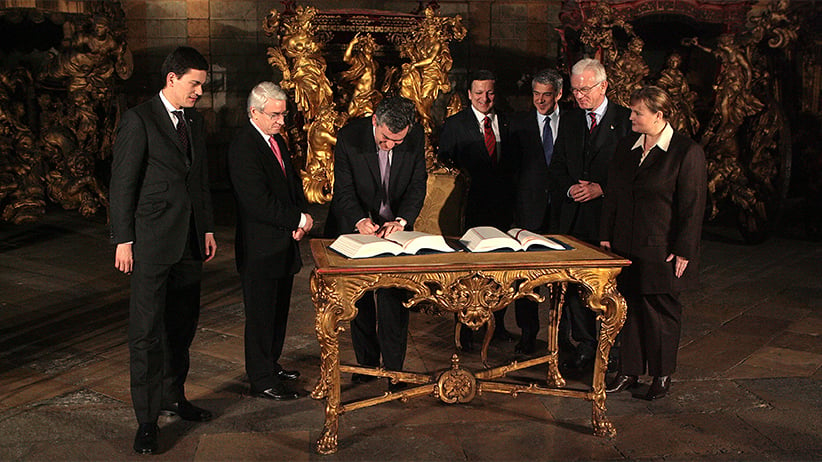 When members of the European Union signed the Lisbon Treaty in 2007, it included Article 50, which outlined the formal rules for exiting the EU— which includes a letter of resignation of sorts. So despite yesterday’s historic vote, the United Kingdom remains—for the moment—part of the European Union.

It could take months until the U.K. triggers Article 50 and, as outgoing British Prime Minister David Cameron noted in his resignation speech after the vote, such a task will be left to the next prime minister. Once notice is given, the U.K. has two years (though it’s possible to get an extension) to negotiate new treaties, trade deals, migration policies, etc. with the remaining EU countries. And given the U.K. will be the first sovereign nation to leave the EU, it shouldn’t expect a lot of favourable deals. Meanwhile, throughout the negotiation process, the U.K. must still abide by EU regulations. If they can’t come to an agreement within the two years, expect some tariffs.

For those who prefer to read the exact wording of Article 50, here it is:

1. Any Member State may decide to withdraw from the Union in accordance with its own constitutional requirements.

2. A Member State which decides to withdraw shall notify the European Council of its intention. In the light of the guidelines provided by the European Council, the Union shall negotiate and conclude an agreement with that State, setting out the arrangements for its withdrawal, taking account of the framework for its future relationship with the Union. That agreement shall be negotiated in accordance with Article 218(3) of the Treaty on the Functioning of the European Union. It shall be concluded on behalf of the Union by the Council, acting by a qualified majority, after obtaining the consent of the European Parliament.

3. The Treaties shall cease to apply to the State in question from the date of entry into force of the withdrawal agreement or, failing that, two years after the notification referred to in paragraph 2, unless the European Council, in agreement with the Member State concerned, unanimously decides to extend this period.

A qualified majority shall be defined in accordance with Article 238(3)(b) of the Treaty on the Functioning of the European Union.

5. If a State which has withdrawn from the Union asks to rejoin, its request shall be subject to the procedure referred to in Article 49.