What psychology reveals about the Brexit vote 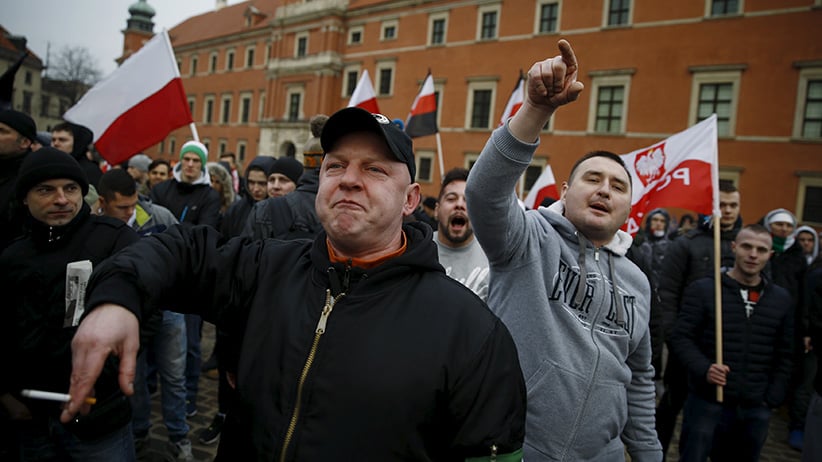 There are a lot of ways to try to make sense of the Brexit referendum—even as the shock waves continue to rumble across the globe—on policy, economic and messaging grounds. But there’s also a more personal, psychology-driven way to try to sort out why people vote as they do.

A new study sheds light on how attitudes toward immigration—one of the key aspects of the debate over the U.K. leaving the EU—fit in with someone’s general sense of control over life. The researchers found that anti-immigrant views were most common in those whose disposition leads them to feel like life is something that just happens to them, while people who feel like they can control things are more likely to be amenable to newcomers.

The paper, to be published in an upcoming issue of Political Psychology, surveyed 4,200 people in Canada, the U.S. and U.K., examining a personal trait known as “locus of control”—basically, the degree to which you feel like you, your country and other people are in control of circumstances, rather than being buffeted by random winds.

To measure locus of control in a personal context, researchers asked people to respond to the statements, “Many times I feel that I have little influence over the things that happen to me” and “When I make plans, I am almost certain that I can make them work.” It was measured in a societal context by asking, “How much control do you think that [your country] has over the immigrants who are able to enter the country?” And to measure how people perceived locus of control in immigrants, respondents chose from four explanations for why newcomers may experience financial hardship: because they are unlucky, because of laziness and lack of willpower, because of injustice in our society or because it’s an inevitable part of modern progress.

Attitudes toward immigrants, in turn, were measured by people’s responses to four questions—two focused on economic concerns and two on cultural—including, “Immigrants take jobs away from other [Canadians]” and “[Canada’s] cultural life is enriched by immigrants to this country.”

The researchers found that people who feel like they run the show have more positive views of immigrants than those who have a weak sense of personal locus of control. But, conversely, people who assign locus of control to immigrants—that is, they believe immigrants are responsible for their lot in life—are more likely to hold anti-immigrant views. Allison Harell, associate professor of political science at Université du Québec à Montréal and lead author on the paper, believes that disconnect makes perfect sense. “When you feel like you can control things, it’s less threatening. Yes, things are changing, but I can help shape and react to what’s going on in the environment, so that makes it less scary,” she says. “Whereas when you’re attributing problems to the other person, if they’re responsible for it, then you can be harsher on them because it’s their fault.”

Harell and her co-authors conducted this research in 2012 and it will be published in the next few months, but she offers up a dark chuckle about how timely and relevant it is now. For months, the pro-Brexit campaign has been explicitly speaking to this anxiety with the refrain to “take back control” from the EU. Earlier this week, U.K. Independence Party leader Nigel Farage refused to apologize for a controversial poster depicting a long line of dark-skinned migrants emblazoned with the text “Breaking Point.”

Across the pond, Donald Trump has discovered the same psychological pressure point. The drumbeats he’s been pounding—that ordinary Americans are getting a raw deal, their leaders are clueless or negligent and their country is being overrun by freeloading or outright violent outsiders—all boil down to notions of control, too. “People may have felt that way already, but it may have solidified some of that fear of this external threat, or this lack of control over what’s going on,” Harell says. “That’s clearly going to have an impact on how people feel about immigration and immigrants more generally.”

She sees significant differences between the three countries, too. Anti-immigrant sentiment was considerably higher in the U.K. (.64 on a scale from 0 to 1, where .50 would be an essentially neutral position) than in the U.S. or Canada (.50 and .49, respectively). Brits—and, to a lesser extent, Americans—are also much less likely to feel like their country is in control of immigration than Canadians. The measure for societal locus of control in the U.K. is just .27 (on a scale from 0—meaning complete lack of control—to 1—total control), while in the U.S. it is .37 and in Canada, .52. Harell believes this relative calm reflects the fact that Canada only shares a border with the U.S., and the points-based immigration system alleviates a lot of anxiety and resentment around jobs and the economy.

For the past few decades, a lot of political science research on public opinion has been very neck-up, focusing on the ways in which we process information and how that shapes our attitudes and preferences. But, increasingly, research in this area is looking more at the emotional, psychological and personality-driven reasons why we like what we like, reject what we don’t, and vote as we do.

“The fact that we react viscerally to something is important,” Harell says. “That helps explain immediate reactions and shifts in public opinions and polls where you see a spike right after an event. That might not be a well thought-out policy position change on the part of citizens; it might just be a real reaction to what’s going on.”

It also might help explain why already on Friday, there were interviews popping up with confused and concerned Brexit voters who wanted a do-over.