What the 'black spider' memos reveal about Prince Charles 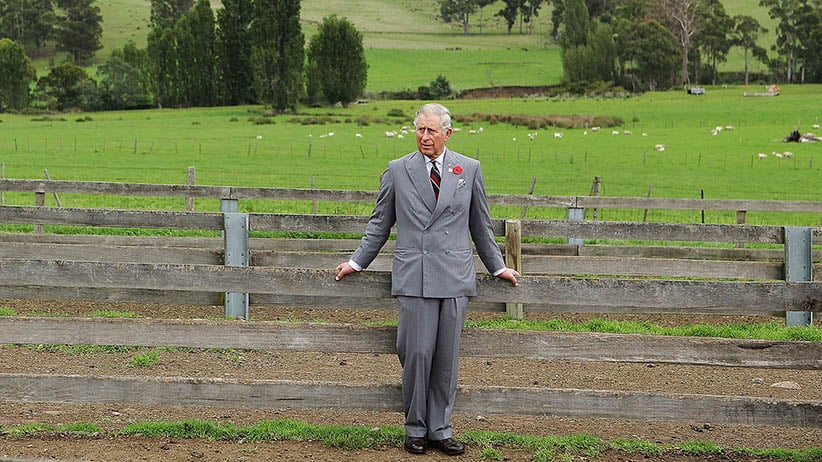 LONDON — The British government has released previously secret letters written by Prince Charles to government officials — letters that were the subject of a lengthy legal battle that pitted Charles’s right to privacy against the public’s right to know.

The cache of 27 letters, including 10 written by Charles personally, includes letters written a decade ago to former Prime Minister Tony Blair and other top officials on topics that include agriculture, redevelopment in Northern Ireland and other matters. The British press has dubbed them the “black spider” memos, due to the handwritten greetings and closings that Charles wrote in his familiar cramped style.

The letter-writing is controversial because as future king, Charles is expected to remain neutral on political topics.

In the memos, the sometimes quirky prince, known for his commitment to organic farming and traditional architecture, freely expresses himself on matters like badger culling, the readiness of the Armed Forces and standards for the use of alternative medicines.

In one letter to Blair on Sept. 8, 2004, the future king and military veteran raises concerns about the British Armed Forces not getting enough resources. He mentions delays in delivering military aircraft due to budgetary pressures.

“I fear that this is just one more example of where our Armed Forces are being asked to do an extremely challenging job (particularly in Iraq) without the necessary resources,” Charles wrote.

Funding levels for the military is a political topic for any country’s government.

The British government tried for years to keep the letters secret —fearing that publishing them might damage public perceptions of Charles’ neutrality — but eventually lost a Freedom of Information case brought by The Guardian newspaper.

Charles’ press office issued a statement Wednesday defending the letters. It said Charles was “raising issues of public concern and trying to find practical ways to address the issues.”

The royal statement said Charles was expressing concerns about issues that he has raised before, including “the state of farming, the preservation and regeneration of historic buildings” and other matters.

Charles had earlier said he is unhappy that his privacy was not protected. The government has also indicated it may tighten rules to protect future royal communications from release under the Freedom of Information act.

There were signs of tension Wednesday as an angry senior press officer working for Charles tore the cover off the microphone being used by a TV reporter who asked the prince about the letters.

The government was ordered to release the letters in 2012 after losing its court case. But the attorney general vetoed the decision, arguing that Charles’ letters were part of his preparation to become king and should be kept private.

That was upheld by one court, but then overturned in 2014 by the Court of Appeal, which decided there was no justification for overturning the earlier decision. Britain’s Supreme Court in March supported that ruling, leading to Wednesday’s publication of the memos.

Here are some excerpts:

ON THE ARMED FORCES

Charles mostly stayed away from hard politics, but did on one occasion raise his concerns about cuts to the defence budget.

Writing about the delayed replacement of military aircraft, he said: “I fear that this is just one more example of where our Armed Forces are being asked to do an extremely challenging job (particularly in Iraq) without the necessary resources.”

ON FARMING AND SUPPORTING BRITISH PRODUCE

“Every support must be given to beef farmers so that they can seize the new opportunities and cope with the reduction in support — in other words they must be encouraged to co-operate and learn about marketing. … I wondered if it would be possible for the government to channel funds specifically to help the beef sector …?”

“So much depends on the consumer demanding British produce and I only wish that more could be done to encourage people to buy British … it would be splendid if the Government could find innovative ways to give the necessary lead.”

“I do urge you to look again at introducing a proper cull of badgers where it is necessary. I, for one, cannot understand how the ‘badger lobby’ seem to mind not at all about the slaughter of thousands of expensive cattle, and yet object to a managed cull of an over-population of badgers — to me, this is intellectually dishonest.”

“I particularly hope that the illegal fishing of the Patagonian Toothfish will be high on your list of priorities because until that trade is stopped, there is little hope for the poor old albatross, for which I will continue to campaign.”

The decline of the albatross is thought to be linked to unregulated fishing.

Charles also raised the question of whether the Royal Navy could play a role in tackling illegal fishing.

“I am probably being very ignorant about all this, so please forgive me, but is the Royal Navy, for instance, included in the discussions on this issue? I daresay you will tell me there are all sorts of legal problems that prevent any worthwhile action…!”

“Do rest assured that you have a great deal of support and all I would say is that you may find it worthwhile to explore not just what industry can do to cut emissions, but also the wider community. Energy efficiency could make a huge difference and would engage the public in the whole subject in a way that simply focusing on industry’s role will not.”

Charles, long known as a champion of alternative medicine, complained about a European Union directive on herbal medicines.

He wrote that the directive “is having such a deleterious effect in this country by effectively outlawing the use of certain herbal extracts.”

“I think we both agreed this was using a sledgehammer to crack a nut.”