What Trump TV would mean to conservative broadcasting

Was the debate the start of Trump TV—and what would that mean for Fox News? 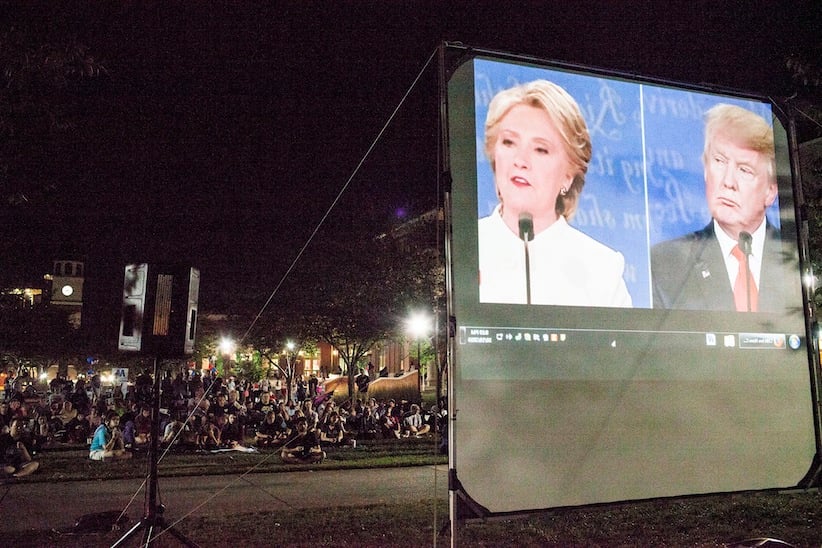 In an election where anything can happen and already has, it’s always premature to predict that Donald Trump will lose. But in the final debate, as many people observed, he didn’t give the impression that he was convinced he could turn things around; he straddled a strange line between being outrageous and subdued, and provided few new headline-making lines except his refusal to say he’d accept the results of the election. In other words, the biggest moment of the night was a line that was almost predicated on the assumption that he’d lose.

So, while he might still not lose, the debate almost seemed like his test run for the rumoured “Trump TV” that he might start after the election. Before the debate, he launched a Facebook show that was billed as an alternative to “biased, mainstream media reporting.” He’s already starting to build a video brand and tell his supporters that his coverage, not anyone else’s, should be their choice. It’s the start of what was expected to happen when Breitbart CEO Steve Bannon took over running the campaign: a fusion of Trump’s TV experience with the audience he’s built up, an audience that considers Fox News to be just another part of the biased mainstream media.

It’s too early to tell what a Trump TV network might look like, but based on Bannon’s interest in fusing the American nationalist right with its European counterpart, it might be—paradoxically—more globalist and anti-globalist than the Fox News model of conservative broadcasting. But above all, it would be built on the assumption that if Trump loses, the fix was in.

Which explains, in part, what Trump meant by saying he would “keep you in suspense” about whether he would accept an unfavourable election result. The line makes perfect sense if we think of it as a way of building suspense for TV purposes. In whatever form Trump TV takes, Trump’s questioning of the election—and the devilish Republican establishment that tries to get him to accept the results and go home—would be the perfect story to launch it with, with the perfect mix of villains: respectable Republicans, the media, and Hillary Clinton. It would create a scenario where it is in his interest, as a TV star and producer, to do whatever he could to stay in the spotlight.

MORE: Our live analysis of the third Clinton-Trump showdown

And if there is a Trump TV, that will create the question of what happens to Fox News, especially now that founder Roger Ailes is gone (though Ailes, who was advising Trump, may have become frustrated with the nominee’s unwillingness to take advice). Chris Wallace, the Fox News star who moderated tonight’s debate, may point the way forward: he was basically the voice of establishment Republicanism, seemingly commanding respect from both candidates. If Trump and Bannon succeed in getting some of Fox’s harder-right viewers to a competing venture, then Fox might wind up becoming a network of Chris Wallaces and Megyn Kellys: conservative news personalities who are more appealing to people who lean right, consider the rest of the media too far to the left, but don’t like the Trumpian attitude. We would see more competition for different segments of the right, which would start to fracture if Trump loses and the blame game begins.

Of course, that version of Fox News would have to figure out what to do about Sean Hannity. But any version of Trump TV would probably start by trying to get him anyway. He’s already been doing Trump TV in everything but name.