Why are Britain and France producing so many young jihadis? 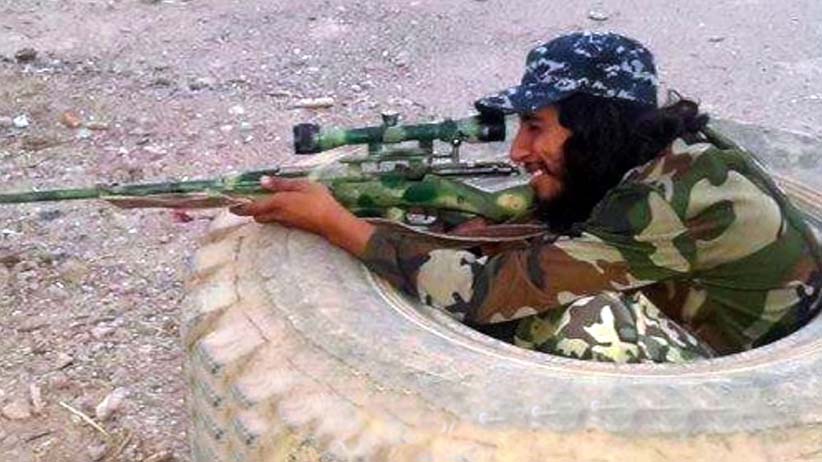 The death of Abdelhamid Abaaoud and two accomplices in a shootout in the suburbs of Paris last week has ushered in a fresh round of soul searching on the roots of radical Islam in western Europe. Abaaoud, 27, is believed to have been the planner behind the recent terrorist attacks in Paris in which 130 people were killed.

He was also yet another European Muslim who was somehow transformed from a secular middle-class student to a hardened jihadi in just a few short years. Born to Belgian Moroccan immigrant parents in the suburbs of Brussels, Abaaoud attended Catholic school but dropped out in his early teens to pursue a life of delinquency, during which time he became estranged from his family. Living on the streets of Molenbeek, a rough neighbourhood on the outskirts of the Belgian capital, he met a young man named Salah Abdeslam, who would become one of the Paris attackers and is currently still wanted by French police. In 2011, Abaaoud was sentenced to a short jail term after a violent robbery. His radicalization to fundamentalist Islam occurred either on or around the time of his incarceration. By 2014 he had slipped into Germany and boarded a flight to Istanbul where it’s believed he slipped into Syria. Abaaoud quickly ascended the ranks of the so-called Islamic State and eventually became a head of a unit devoted to radicalizing other European jihadis with a view to sending them back to their countries of origin with deadly intentions.

Abaaoud is hardly the first Western-born jihadi. Three of the four London bombers in 2005, the Charlie Hebdo shooters and Mohammed Emwazi, a.k.a. Jihadi John (the now-dead perpetrator of the filmed ISIS beheadings) all fit the same bill: second-generation Muslims who did not grow up in particularly religious families but who nonetheless sought refuge in radical Islam, culminating in their alienation from the broader Muslim community. It’s also a description that could apply to many of the thousands of young European Muslims who have fled to Syria in recent years to take up arms for Islamic State. So how and why is socially democratic western Europe producing so many young jihadis and what can be done to prevent it?

According to Kenan Malik, an Indian-born British writer and broadcaster who has written several high-profile books on multiculturalism and the politics of race (including The Meaning of Race and Strange Fruit), almost all our received wisdom about the process of radicalization in European countries (in particular France and Britain) is wrong.

Malik points to four key ideas that illustrate the misguided thinking around the so-called radicalization process. “The first is the idea that people are drawn to extreme religious notions. The second is that these extreme religious beliefs are somehow different than other belief systems. The third is that there is a direct conveyor belt between religion and jihadism, and finally there is the notion that these young people are attracted to these ideas in the first place because they’re badly integrated. In fact, all these ideas are incorrect.”

Malik points to a host of studies that show that most French and British jihadis are not brought up with a strong religious faith and a high proportion are recent converts to Islam. “Most of them speak the local language and are very well integrated in their communities. So it’s a much more existential form of disaffection and alienation that leads them down this path.” Malik points to the disintegration of political ideology and political institutions such as trade unions in recent decades, which has been supplanted by the rise of identity politics, as the true reason for the rise of so-called “radicalized” European Muslims.

“We have a group of people who are both detached from the societies in which they live but they’re also detached from Islam,” he says. “When you look at most radicalized jihadis they’ve rejected the Islam of their parents and they tend not to get radicalized in mosques. They are viewed by broader society as Muslim but they don’t feel attached to the larger community. There’s this tension between feeling disrespected by mainstream society and also alienated by their religious community. It’s not so much the pull factor of ISIS but the push factor of the societies we live in.”

In this way, Malik explains, both the multicultural social policies of modern Britain (up with diversity) as well as the assimilationist social policies of contemporary France (ban the niqab) have failed dismally when it comes to staunching the flow of young European Muslims fleeing east to take up arms in Syria. Why is this? Because both societies inadvertently set immigrant communities apart, leaving their secular offspring feeling aware of their own otherness despite being born into a different culture from their parents.

This disaffection is not peculiar to European Muslims, but is also evidenced in the rise of far-right parties like Britain’s BNP and France’s Front National. “Racist populism is an expression of the same sentiment and disaffection as jihadism,” says Malik. “In fact, they feed one and other. What we need to do is remake the institutions of a civil society. We need to allow people to bond and feel integrated.”