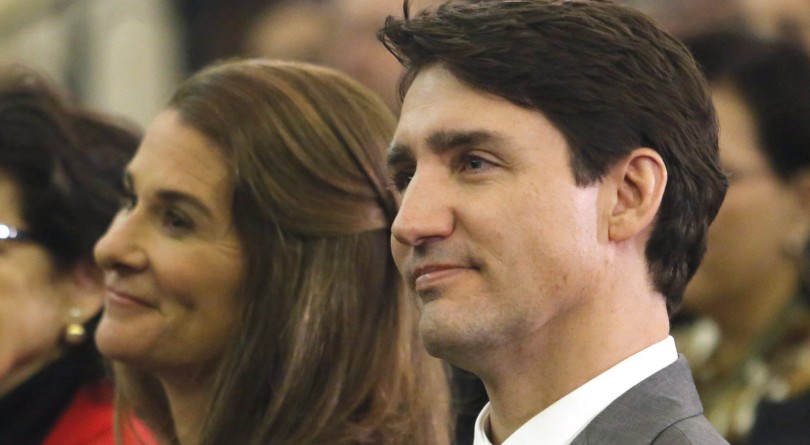 A new paper examines the political motivations of male party leaders who pass gender quota laws—which would seem, inherently, to run counter to their self-interests, but in fact serve a strategic purpose in more subtle ways.

Quota laws require a certain percentage of electoral candidates for each party to represent either gender—in practical terms, given chronic under-representation, they end up requiring a certain proportion of women. These efforts are a way to push parties to work harder to nominate more diverse slates of candidates, in hopes of ending up with elected bodies that better match the populations they represent.

Canada currently sits in 60th place internationally in terms of women elected to national legislative bodies, with women making up 27 per cent of the House of Commons. Prime Minister Justin Trudeau got a lot of attention for his gender-balanced “because it’s 2015” cabinet when he took office, but his Liberal party also helped to kill a private members’ bill proposed by an NDP MP the following year, which would have financially penalized Canadian political parties that don’t run balanced slates.

The new study that looks at the motivations of those who enact these laws, by Ana Catalano Weeks, an assistant professor in comparative politics at the University of Bath in the U.K., was named best paper presented at the annual meeting of the American Political Science Association.

Weeks spoke to Maclean’s about her work.

Q: What’s been the trajectory of the adoption of gender quota laws?

A: Quota laws have become increasingly popular over the past 20 or 30 years; the first one was passed in Argentina in the early 1990s, and over 50 countries in the world now have them.

They’re different from political party quotas, which are voluntary provisions that parties pass themselves.

Q: What were the hypotheses you started with?

A: The puzzle is why do men adopt these laws, because they necessarily involve some men giving up power. And by adopting these laws, they’re not just saying their own party has to do it, but they’re imposing it on all the other parties in the country. So if there was to be an advantage electorally to being the party that has the quota, they’re losing that distinction by passing a law.

I thought it would be important to look at the role of other parties that were doing well in the system—inter-party competition is what I call it. The hypotheses is that if there is a rising competitor on the left, this would be a very clear signal to the mainstream left that these issues are important now, so it’s important to compete on them.

READ MORE: Melinda Gates on gender equality, the G7, and Trudeau and Macron

But not all countries that pass quota laws are characterized by this. So I thought about competition within the party—what I call intra-party competition. I hypothesized that if the party disagrees over what they should do about selection of candidates and how much diversity they should have, then a quota is potentially a way for a party to move that debate forward and have more control.

Q: How did you structure your study to test these hypotheses?

A: The idea is that I’m choosing two sets of countries that are very similar on all the other determinants that we think are related to gender quota law adoption, except that one country passes the law and one country didn’t.

I picked two countries that had passed the quota law, which were Belgium and Portugal, and then I selected countries that matched both of these. So in the case of Belgium, the country that came out in the matching procedure was Austria, and in the case of Portugal, it was Italy, in terms of things like the percentage of women that were in Parliament before the quota law was adopted, the types of candidate selection procedures they had, etc. In both Austria and Italy, there was a significant attempt to pass a quota law that failed. So that suggested these are very realistic matches.

And then I interviewed people who were really involved in the debate and trying to get the quota law passed, from across the political spectrum, to try and identify why the quota law was passed in one country and not the other.

Q: What was your reasoning for believing they were being relatively frank with you?

A: It was surprising to me the extent to which people very high up in the party were very frank about the strategic advantages of passing the law when they did. I would expect that people would want to present the party and their own actions in the best light, but in fact, people were pretty honest about, ‘Well, it did help us solve some problems.’

Obviously you do have take these kinds of interviews with a grain of salt, so another thing I did was to cross-check what people said, looking for confirmation across parties.

Q: Tell me more about Belgium’s quota law and the circumstances under which it passed.

A: The quota law in Belgium was passed in 1994 by a coalition of centre-right and centre-left Social Democrat and Christian Democrat parties after a number of failed attempts before. The impetus behind this law was in-fighting, particularly in the Flemish Christian Democrats. There had been a big falling-out at a national conference in the early 1990s where women were pushing for an internal party quota to be increased and it was voted down by local male party leaders. So women left the conference and it made national headlines. That, I think, spurred more attention and action on the behalf of the party leaders, because this didn’t make the party look very good.

Q: What did the case of Austria tell you?

A: Unlike in Belgium, in Austria, the central party leadership has more control to determine portions of the lists. The main centre-left party in Austria also has a gender quota, but unlike in Belgium, they’ve been more successful in hitting not exactly the targets, but very close, because they can dictate from a national list a greater proportion of who the candidates can be. The parties are not so decentralized, so there wasn’t that incentive to pass the quota basically to get rid of this conflict.

Q: What about Portugal?

A: Portugal was a case where the law was much more partisan, in that it ended up being passed only by the centre-left party. There was a rising left party, the Left Bloc, which was very much perceived to be stealing votes from the mainstream left. And so already, the parties were trying to compete on gender issues in terms of the internal quotas within the party. So I argue that it’s only when this party has more success at the polls do we see Portugal actually pass the quota law. One of the politicians I spoke to basically put it as, ‘Yes this is one way of stealing voters back from this far left party.’

Q: What about Italy?

A: Italy is interesting because in 2005, which was the case I was interested in, the quota law didn’t pass. It was a case where, unlike in Portugal, there was no rising far-left party; there was not an incentive in terms of the electorate moving to the left. It’s also a system where many parties at the time had more centralized control over candidate selection, so there wasn’t any debate in the party.

But in 2015, we did see a quota law pass. There was a very different electoral context because the Five Star Movement had really exploded and was very much perceived to be stealing these votes from the centre-left. So arguably, this was the inter-party competition hypothesis coming into play.

Q: This paper is fascinating because the underlying idea is that enacting gender quota laws is contrary to the self-interest of male political leaders, but you end up exploring the much more subtle self-interest when they do decide to enact them. This is still advantageous to them, just in a more roundabout way.

A: Absolutely. It’s really important to understand that. Of course there are male feminists, but I think understanding the context of when it’s strategically beneficial for male party leaders will help explain a lot more cases.

Q: If we are interested in seeing more equality in political candidates and representation, what is the take-away of your findings here?

A: For quota adoption, this suggests that advocates should sort of make the business case depending on the context of their country. Advocates might be more successful if they highlight the strategic incentives to party leaders.

But also, the case of Belgium shows that the women’s section made a lot of noise and they forced this debate out in public, and that’s also when the party leader realized this intra-party debate, that’s not looking good for us. So it could also be a more positive story in that it’s another example of women’s action mattering.