Will the allied bombing do much good? 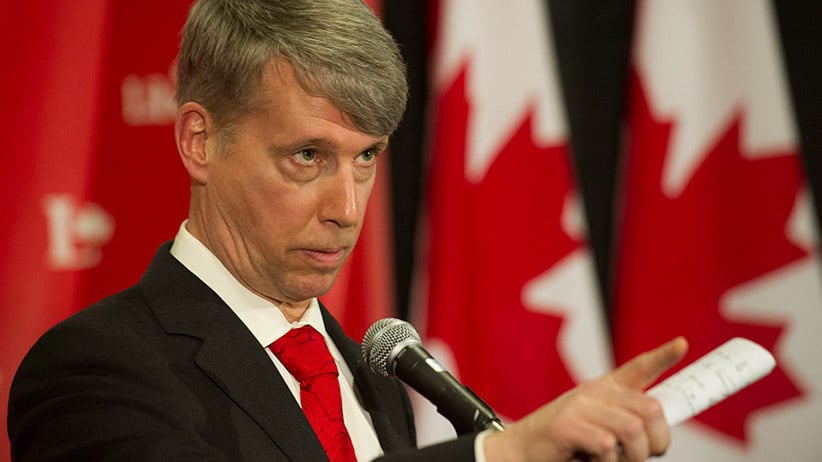 I find the wing of hair swept coyly across the forehead of Lt.-Gen. Andrew Leslie (ret’d) irritating for some reason, and it’s in a close race with the irritation evoked by what he says. Kudos to CBC’s Evan Solomon, whose patient questioning of Leslie, Liberal Leader Justin Trudeau’s defence adviser, elicited the earnest, wide-eyed—I kid you not—gem from Leslie that the single largest threat to Canada was not Islamic State but its victims. This was his explanation for why Trudeau opposed Prime Minister Stephen Harper’s plan to send six fighters on a combat mission against ISIS. Aren’t “the people beheading . . . the bigger threat?” asked an incredulous Solomon. A “short-term” threat, replied a po-faced Leslie explaining that the biggest concern was the huddled refugees in misery on the Turkish border. “Fertile breeding ground,” said Leslie, “for creating the next wave of terrorists.”

Leslie had two talking points: First, the Prime Minister had a duty to establish “a burden of proof” that the six combat aircraft Canada was contributing to the fight was the right use of Canada’s limited resources. Second, Leslie explained he couldn’t really answer any questions about Trudeau’s decision because he was “not a member of caucus” or, alternatively, “others [are] far better qualified to go into the politics of the decision.”

The point is not whether you agree with Harper’s strategy but rather the grubby politics of the Liberals. Trudeau appears to have decided that the way to compete with NDP Leader Thomas Mulcair for Quebec seats is to echo French Quebec’s traditional isolationism. He can’t find any genuine reason to justify opposing Canada’s air strikes, given that he has already supported those by the U.S. Leslie tried echoing Trudeau’s bluster about deploying Canada’s “scarce resources” for humanitarian uses. Just how using six fighter planes takes away from the humanitarian aid Harper has already promised is not clear, given that the CF-18 is a combat jet unlikely to be of much use in humanitarian work—unless the problem is that Canada only has six pilots.

For myself, I’m not sure that the allied bombing will do much good. The black flag of ISIS went up in sight of the Turkish border this week. In asymmetrical warfare, tackling guerrilla insurgents from 10,000 feet isn’t a long-term solution, although it might contain them for a few months. There is an argument to be made for just letting the Arabs kill one another, tribe against tribe, Sunni against Shia, until, like the Europeans before them—who behaved every bit as badly over several hundred years—they finally get tired of the suffering and choose to make an accommodation with one another.

Europeans began to wind down their misery with the Treaty of Westphalia in 1648, which put nation as the basis of organization regardless of religious denomination. But between the end of the 15th century up until the War of American Independence, excluding colonial, imperial and civil wars, there were close to 40 great power wars. The killings and atrocities were, to use Leslie’s felicitous phrase, “fertile breeding ground” for Europe getting damn sick of the whole nightmare and talking peace.

Perhaps the West should stay out of the battle against ISIS unless a specific Western interest is at stake: an attack on an ally such as Jordan or Israel, or the use and spread of biological (Ebola is being bruited on jihadist social media) and nuclear weapons. The Muslim world has to solve this problem. The refugees in whose name Trudeau is invoking modified isolationism are huddled on the border of Turkey. Turkey, a Muslim country, has a powerful, highly trained army with sophisticated weapons. If it used them to go in and smash ISIS instead of using them to keep refugees out, Turkey could take over Syria—which, after all, was governed by the Turks for five centuries in the Ottoman Empire and only came into existence with the Sykes-Picot plan. Everyone would breathe a sigh of relief and goodbye, Bashar al-Assad and Islamic State.

You could also argue that it’s Western interference causing the latest beheadings: Islamic State spokesman Abu Muhammed al-Adnani was clear that the first need was to establish the caliphate by destroying rival infidel organizations (meaning Arab nations, as well as rival jihadists). That would require, he told his followers, postponing actions against the West. The beheadings were a response to Western bomb attacks. Until then, the hostages were fed and watered for future bargaining. (Turkey reportedly got back 49 hostages in return for releasing 148 jihadists, including two British.) Of course, if allowed to go unchecked, Islamic State will eventually be a great threat to the West and, along the way, the whole region could blow up if WMDs are used.

The horror of civilians being starved, raped, executed and driven from their homes is something we want to prevent—when it’s forced on our attention. Eleven years of unspeakable brutality against Darfur’s population, and still the atrocities continue. I don’t mean to be cavalier about the graphic images of Western aid workers being executed, but a few online beheadings do work wonders. If only the French Terror in 1793 or the more than 70 million killed in the 20th century by totalitarian Communism could have hit the Internet. The Indochina wars might have had a different outcome if the Khmer Rouge’s mutilations had been tweeted. And millions of Jews saved if Auschwitz had gone on Instagram.

Beheadings have been going on in the Arab world together with stonings, lashings and amputations as a matter of routine. I suppose everyone was too busy condemning Israel for trying to protect itself from this culture to take much notice of it. Which reminds me of Leslie’s other notable contribution to these discussions, his Aug. 19 remarks that Israel was “firing indiscriminately onto Palestinian women and children.” That, too, should go over well in French Quebec. You’ve got yourself a real winner, Mr. Trudeau.