Would the Conservative party have violated C-51? Maybe(?) 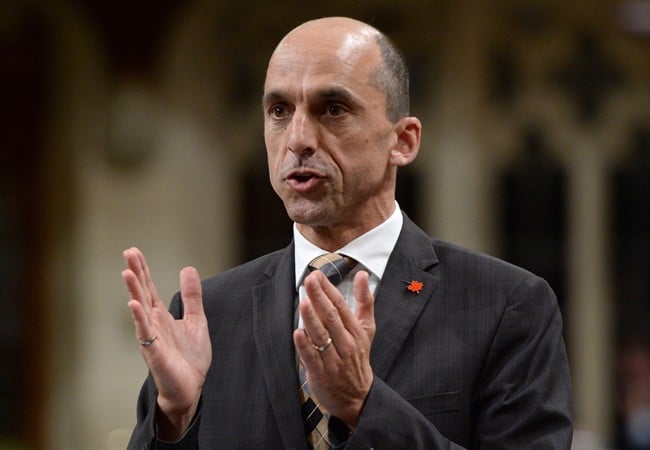 Last week, the Conservative party posted an image and excerpt from Al-Shabaab’s threat against West Edmonton Mall, the party apparently hoping to solicit support for C-51, the Anti-Terrorism Act. Press Progress, the media wing of the Broadbent Institute, subsequently wondered if this would have amounted to a transgression against C-51.

The answer to that question is . . . debatable. And that ambiguity might be the problem.

There is a separate conversation to be had about the wisdom, tastefulness and appropriateness of the party’s post. Setting that aside for the moment, the hypothetical legality of the post depends on a reading of a new offence that would be established by C-51. Here is the relevant clause from part 3 of the bill:

16. The Act is amended by adding the following after section 83.22:

83.221 (1) Every person who, by communicating statements, knowingly advocates or promotes the commission of terrorism offences in general—other than an offence under this section—while knowing that any of those offences will be committed or being reckless as to whether any of those offences may be committed, as a result of such communication, is guilty of an indictable offence and is liable to imprisonment for a term of not more than five years.

So would the act of relaying the text of a threat qualify as an offence by the letter of this law?

I asked law professors Craig Forcese and Kent Roach, who have written extensively about C-51, for their analysis of this particular point.

Well, the offence requires intent to promote and advocate the commission of the offence, so I would doubt it reaches simple distribution of images, with accompanying commentary condemning the images. (Although I would think the images/videos themselves could be terrorist propaganda and so subject to deletion orders, and seizure by CBSA, whether embedded in someone else’s fundraising letter or not).

But the overarching point is this: The offence is so unartfully ambigious . . . it invites slippery slopes. And that is precisely how it contributes to speech chill. In the final analysis, a court confronted with the sort of slippery-slope scenario this kind of example paints would likely construe the offence more narrowly than its possible outer reach. But of course, someone would need to be dragged into court on charges before that happened. It is for that very reason, in our proposed amendments, posted yesterday, we call the offence overbroad and unnecessary in relation to actual real or threatened terrorist violence. We see no reason for the offence, given that terrorist speech tied to violence is already prohibited. And at any rate, the absence of “purpose” language (tying the culpable speech to an actual terrorist purpose) and the absence of any of the public interest defences that exist, e.g., for hate crimes, makes the new crime an absolutely blunt and invasive instrument. Do I think the Tories will be prosecuted for their fundraising letter? No. Do I think their law will be counterproductive, measured on both a security and liberties basis? Yes.

On the other hand, here is Roach:

I would only add that all that is required is knowing (not wilful or intentional) promotion or advocacy. This is actually a significant difference in criminal law, and does open the door to possible prosecutions of those who knowingly distribute terrorist propaganda while aware of a risk that someone (even if predisposed and/or mentally ill) will commit an offence as a result of the communication. I agree with Craig that we are not likely to see such prosecutions, and courts would read down the offence, but the speech chill would still be there.

So while a conviction might not be likely, it might be possible to read the law as covering this sort of post. Interestingly, Forcese also suggests the post could qualify as propaganda. And regardless of the prospects of charges or a successful prosecution, the mere fact that the question can be asked could be enough to chill free speech.

For its part, a spokesman for the Conservative party says this of the party’s post:

It condemns terrorism, it does not promote it. The post supports the government’s strong response to combating terrorism.

When I, Craig Forcese and former CSIS official Ray Boisvert discussed C-51 last week, Forcese suggested a different example to explain how the prohibition against advocating or promoting terrorism could come into play:

I keep using this example involving a hypothetical Ukrainian resistance movement. An academic goes to a conference, which is attended by, among others, Ukrainian support groups, and that person says, “We should be supporting Ukrainian insurgency movements who are resisting the Russian occupation in Ukraine by targeting Russian oil infrastructure through means that involve the use of violence.” If that person says that, knowing someone in that room might then give money to that insurgency, that is almost certainly an offence, because those insurgencies would likely fall within the scope of the definition of terrorist group in the Criminal Code.

As Forcese mentions in his comments about the Conservative post, he and Roach have drafted a series of potential amendments to C-51. On this particular point, they would replace the existing clause with a more specific offence:

(1) Every person who, by communicating statements, willfully advocates or promotes the commission of a terrorist activity for the purpose of inciting an act or omission that would be a terrorism offence—other than an offence under this section—is guilty of an indictable offence and is liable to imprisonment for a term of not more than five years.

There are a few changes there: “knowingly” becomes “willfully”; “terrorism offences in general” becomes “terrorist activity”; and “being reckless” becomes “inciting.”