Now that Willow, the Queen's last corgi, has died, let's finally say it—the demure Queen's love for the feisty, violent dogs that she bred for 80 years was odd 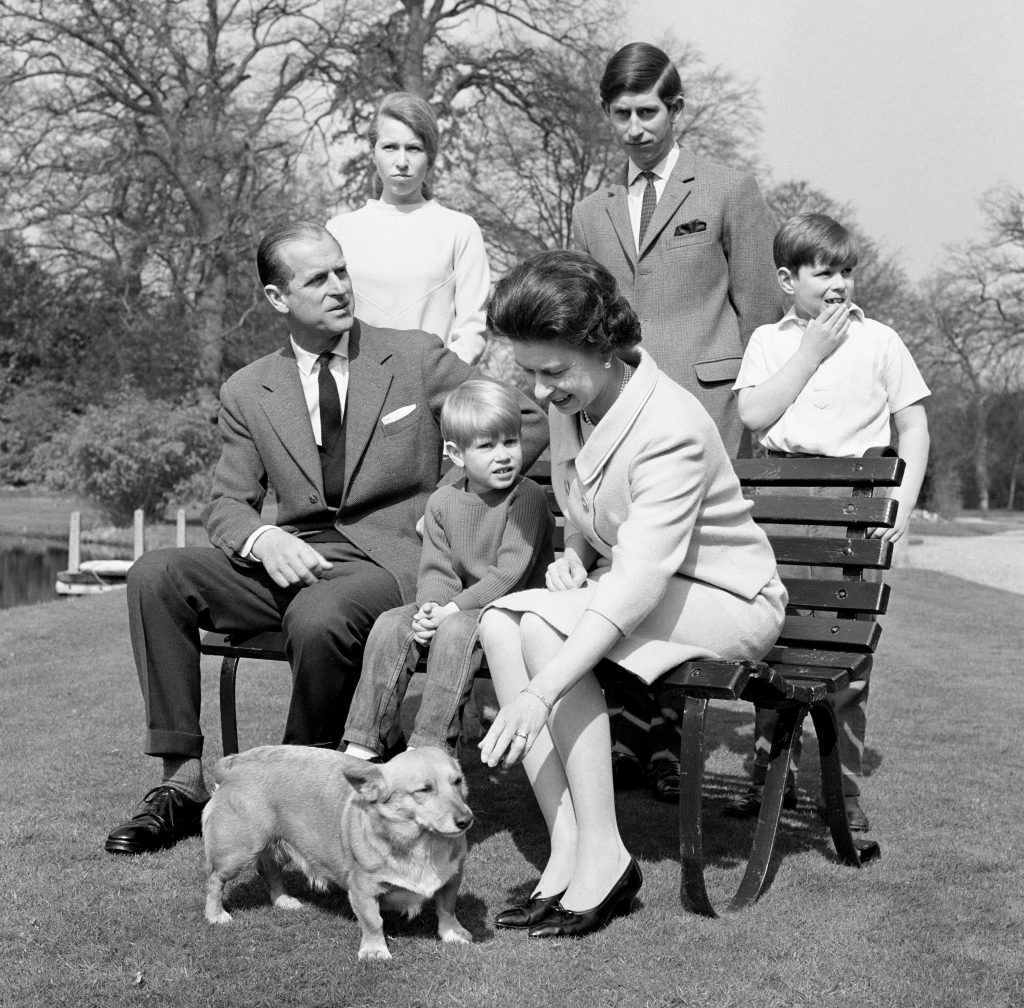 Queen Elizabeth II and the Royal Family pose in the gardens in 1962. (PA Images via Getty Images)

Rest in peace, Willow. That was a common refrain as word spread that the last of Queen Elizabeth II’s corgis had died this week, aged 14, having been put down after suffering from cancer. Headlines spread the news around the world that the last of eight decades of British royal corgis had come to an end; Willow—famous for being one of the corgis in London Olympics video when Daniel Craig, as James Bond, escorted the Queen to the opening of the London Olympics—was even worthy of a quasi-obituary in that republican bastion, the Guardian.

After all, two items—corgis and crowns—are inseparable from the Queen’s image. She is so often pictured either with a glittering crown on her head, or with “a moving carpet” of corgis preceding her (as Diana, princess of Wales once said) that a children’s book, The Birthday Crown, prominently featured them both. Crowns may be an integral part of royal heritage going back centuries, but corgis are very much the Queen’s own choice of canine companions, a love sparked by a Pembroke Welsh corgi puppy named Dookie that her father, the future King George VI, brought home in 1933.

But while we should mourn the dead, we should also now say: Elizabeth II’s longtime love of the short-legged, feisty dogs has been—to put it mildly—baffling. For while the Queen adores them, others fear being a victim of their dark side.

Over the years, the royal pets have developed a reputation for being ankle-biters, behaviour that’s sharply counter to the controlled, careful personality of their owner. They have sharp teeth and aren’t afraid to use them. “They’re heelers,” the Queen said, according to Sally Bedell Smith’s biography. “They’re cattle dogs so they bite; they chase people.”

The dogs may be perfect icebreakers for those suddenly tongue-tied upon meeting the Queen, but the cognoscenti have long learned that meeting the Queen meant enduring an outlaw gang of her dogs. They would nip at trousers, cause women to freeze with alarm as they circled ankles perched on stiletto heels, and instil terror among some of the palace staff, as the corgis were notoriously resentful when they were walked by anyone not named Elizabeth Mary Windsor.

Here’s a list of just some of the people who they’ve bitten: a royal guardsman, a postal worker, a clock winder, and even the Queen herself. In 1991, she needed three stitches to close the wound inflicted by one corgi after wading into a fight between her pack and that of her mom, Queen Elizabeth the Queen Mother. Her chauffeur, who tried to help, had to get a tetanus shot after also getting bitten. Sometimes, it’s even more serious: In 1989, one of the Queen Mother’s corgis, Ranger, led an attack on the Queen’s dogs that left one canine dead. No wonder one politician once asked for “Beware of the dog” signs to be posted outside her palaces and castles.

Yet inexplicably, the Queen was devoted to them. When she left for her honeymoon with Prince Philip in 1947, their travelling companion was her corgi, Susan, the matriarch of the regal corgi pack. As the New York Times reported, “Over the nearly 80 years since the queen acquired Susan, she and her family have continued to breed dogs from Susan’s lineage. The queen has owned at least 30 Pembroke Welsh corgis, all of whom have descended from Susan. Willow was believed to be part of the 14th generation in the line.” In the last decade, however, she stopped breeding her favourite dogs, apparently because “she didn’t want to leave any young dogs behind” after her death, horse trainer Monty Roberts revealed to Vanity Fair.

And that’s likely where the tradition will end. The rest of the royal family appears to merely endure Her Majesty’s affection for the corgis; her children and grandchildren have no corgis of their own. When Prince Harry and Meghan Markle did an interview on their engagement day, Harry professed amazement at how well his fiancée got along with the dogs, no doubt thinking of his own, more rancorous interactions:

Harry: And the corgis took to you straight away.

Harry: I’ve spent the last 33 years being barked at; this one walks in, absolutely nothing…

Markle: Just laying on my feet during tea, it was very sweet.

Harry: … just wagging tails and I was just like “Argh.”

They even made an appearance at one of the most notorious events in the Queen’s life, when Michael Fagan broke into Buckingham Palace in 1982 and made his way to her bedroom. As the Queen was trying to calm him and summon help, her footman arrived with the pack of corgis, which began barking furiously at the interloper. (As further evidence of their utter uselessness, Fagan is believed to have escaped without a nip.)

But that spirited temperament may be why the Queen likes them. As monarch, she is constantly meeting people who are on their best behaviour. That’s not the case with her pets. Her corgis didn’t obey her every whim, and they constantly challenged her. They are polar opposites of the adoring, biddable, highly intelligent Labradors that the Queen has trained for years as gun dogs for hunts, for which she’s won innumerable awards.

That she loved her corgis is beyond doubt. As Sally Bedell Smith noted, the Queen’s famous reserve breaks down around them. When her cousin, Pamela Hicks, wrote a note after one of the corgis died, the Queen responded with a six-page letter. “A dog isn’t important,” Hicks told the biographer, “so she can express the really deep feelings she can’t get out otherwise.”

But while royal footmen are likely breathing easier today, they shouldn’t relax just yet: As pointed out by the Guardian, Elizabeth—92 on Saturday—still has two corgi-dachshund mixes named Vulcan and Candy.