Patricia Treble: This is not an episode of 'Bridgerton.' No one wants to upset the Queen. 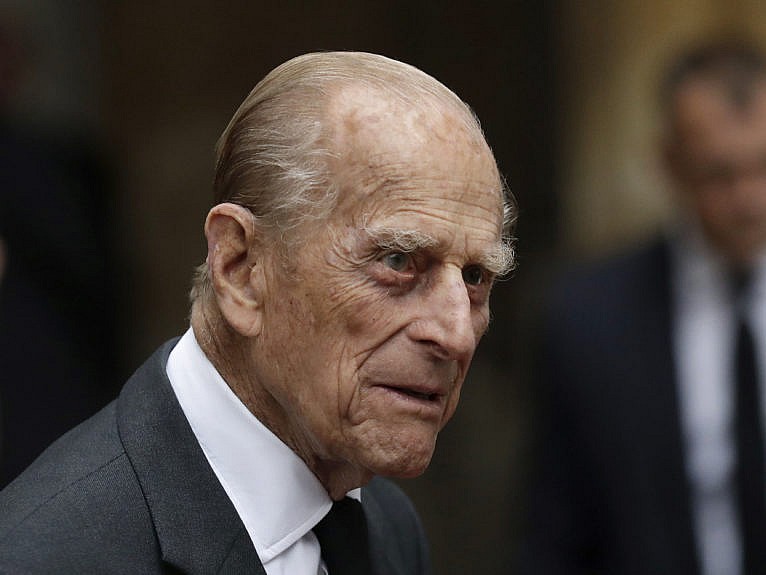 Prince Philip, who died on April 9 at age 99, is getting the private funeral he wanted. Instead of the pomp and ceremony of a grand public funeral, such as that given to Queen Elizabeth the Queen Mother in 2002, his funeral will be a “royal ceremonial” one at St. George’s Chapel on Saturday at 3 p.m. (10 a.m. EDT, though live coverage of the events before the service will begin earlier on all news channels in Canada as well as the royal family’s YouTube channel). Although Prince Philip helped plan his own funeral, some of those arrangements have been adapted to deal with pandemic restrictions. To discourage the public from gathering, the entire ceremony will be carried out within the confines of Windsor Castle.

Here are eight things to watch for:

There is a strict 30-person limit on the number of people who can attend a funeral. The royal family knows the rules and will obey them.

That means just 30 people in the congregation for Prince Philip’s funeral, though that number does not include those “working,” such as the clergy, including Justin Welby, Archbishop of Canterbury, the military bearer party carrying the prince’s coffin into the chapel or the camera operators needed to broadcast the service to the world.

In addition, everyone will wear masks and be spaced out within the magnificent medieval chapel. The Queen will sit alone.

Mourners will not be allowed to sing; instead a choir of four will sing the national anthem and all hymns.

Prince Philip’s coffin will be covered with his personal standard, on which will be placed his sword, naval cap and a wreath of flowers.

His standard will be unfamiliar to many as it reflects his birth in 1921 as a prince of Greece and Denmark. It is divided into quarters: “The first three quarters show Prince Philip’s lineage: Denmark (lions and hearts); Greece (white cross on blue); Mountbatten (2 black ‘pales’ on white),” explains the royal website. “The fourth quarter contains the arms of the City of Edinburgh and represents his title.”

His other insignia, representing British and Commonwealth orders and decorations, as well as those from Greece and Denmark, will be placed on nine cushions around the altar. Prince Philip has insignia and honours from dozens more nations, but there just isn’t room.

The Royal Marines have been practicing all week. Ditto the Grenadier Guards and the Gurkhas.

Everything will be as perfect as possible as his coffin is placed inside the Land Rover that he had specially altered to fit a coffin. Philip began that project 18 years ago, and the vehicle, which was repainted “dark bronze green,” the colour used for many military Land Rovers, will then be slowly driven to St. George’s Chapel.

His family, led by his children and then grandchildren, will walk behind the coffin, while Queen Elizabeth II, who turns 95 in less than a week, will be driven to the chapel in the state Bentley, accompanied by a lady-in-waiting.

The timing is exacting:

2:20 p.m.: The Dean of Windsor says prayers over the coffin
2:40 p.m.: The coffin is carried by a bearer party of Grenadier Guards out of the state entrance
2:45 p.m.: The procession begins. It will take eight minutes to reach the chapel. There, another bearer party of Royal Marines will carry it up the west steps.
3:00 p.m.: Britain begins a minute’s silence as the coffin enters St. George’s Chapel.

The funeral will take approximately 50 minutes.

Do not expect side-eye glances or that a certain prince living in California will be ostracized. This is a funeral, not an episode of Bridgerton. Yes, it’s a royal funeral but cameras and live coverage are irrelevant: just like funerals in other families, everyone will be on their best behaviour. No one wants to upset the Queen.

Royal officials have carefully positioned Peter Phillips, the Queen and Prince Philip’s eldest grandchild, between Prince Harry and Prince William as they walk behind their grandfather’s coffin.

A precise diagram of where everyone is to be positioned during that walk was released by the palace, as well as another list showing their position as they walk into St. George’s Chapel (It’s in order of generations, so children and spouses before grandchildren and spouses etc.)

5. Everyone in civilian clothes

The “who wears military uniforms and who wears civilian dress” was becoming a source of controversy. Prince Harry, as he is no longer a working royal, had to surrender his military appointments, including being Captain General of the Royal Marines, a role he took over from Philip. So he’d have to wear civilian dress. And then there were reports that Prince Andrew, who stepped back from his military roles after his disastrous interview regarding his friendship with convicted pedophile Jeffrey Epstein, wanted to wear his Royal Navy uniform.

Making things more awkward, the only two senior royals who have seen combat are Andrew and Harry, the two who were likely to appear out of uniform.

The Queen, who clearly has enough on her plate, issued a simple directive: everyone wears civilian clothes.

Yes, I’m fascinated by her brooches. But this one should be particularly poignant as Philip’s widow is likely to select one that has deep sentimental meaning, perhaps the Diamond Clematis Brooch she wore for her engagement back in 1947, or the Grima Ruby Brooch that Philip gave her in 1966. Her husband designed some of her most treasured pieces, including her engagement ring (made up of diamonds from his mother’s old tiara) and a bracelet.

(And before anyone raises broochgate, there is no proof to that elaborate myth, and yes, I’ve written about it).

As for the congregation, everyone will be wearing black. As mourning colours are black or white, expect jewellery worn by women to include pearls and diamonds, though the Queen may break that tradition for her brooch.

Philip’s immediate family collapsed when he was a young boy as his mother was committed to a Swiss sanatorium in 1930, his four older sisters all married German princes within 15 months of each other (one was just 16 years old) and his father decamped to Monaco.

Philip has stayed close to his German relations, and some of them will be coming to the funeral. Like Prince Harry, they are staying near Windsor Castle in quarantine so they can attend the funeral. Royal biographer Robert Hardman reports that they include two great-nephews and a cousin: Bernhard, Hereditary Prince of Baden; Prince Donatus, Landgrave of Hesse; and Prince Philipp of Hohenlohe-Langenburg. In addition, the Countess Mountbatten of Burma will be attending. She’s the daughter-in-law of Philip’s late cousin, Patricia, and has been a close friend for years.

Prince Philip was Ranger of Windsor Great Park since 1952. He guided its revitalization after the war, including new plantings and maintenance of its ancient woodlands. “I feel myself to be a temporary custodian that I am planting for future generations,” he once said. Philip also led the effort to rebuild the castle after a devastating fire in 1992.

He knows every inch of Windsor Castle and most of those who live and work within its confines. Many of them are expected to line the processional route to St. George’s Chapel to say a silent goodbye.