Harry and Meghan lost a 'royal' battle. Then they whined.

It’s clear that the couple isn't happy so many of their post-royal plans are being thwarted. Royal expert Patricia Treble reads between the lines of their latest statement. 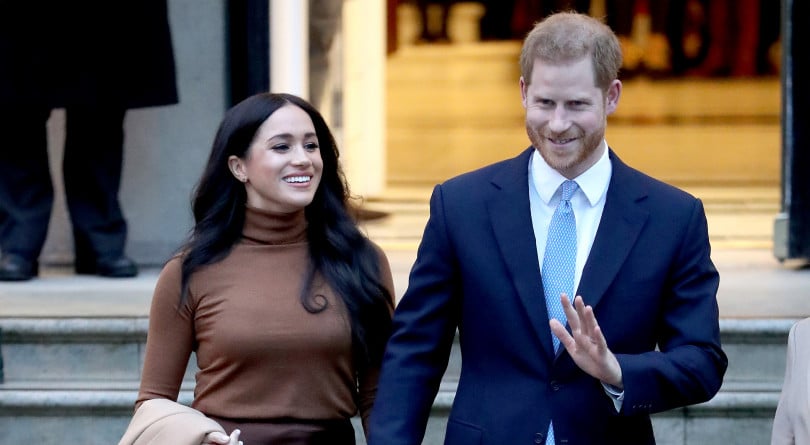 There are statements and then there are royally passive-aggressive statements. The former was a terse three-sentence update from Buckingham Palace on the exit of Harry and Meghan from their full-time duties on March 31, which stated that the couple, whose Sussex Royal Instagram account has 11.2 million followers, wouldn’t use that term in the name of their new non-profit. The latter is the couple’s own version of the same statement, posted to their Sussex Royal website shortly after the official royal version.

Read both versions side-by-side and it’s clear that the Duke and Duchess of Sussex are displeased at being thwarted in the details of so many of their post-royal plans. The words “petulant,” “whiny,” and “bitter” come to mind.

Before we get into the dissing, what was the subject of the statements?

Controversy had been brewing over the Sussex Royal name for a while. In Britain, as well as other nations with the Queen as monarch, there are strict laws on the use of the term “royal.” It’s to avoid the appearance that royals are giving a seal of approval to unvetted products or organizations. So, no to Royal Kate Lipstick or a purple-hued Royal iPad but yes to the Royal Tyrrell Museum (yup, royals like dinosaurs).

RELATED: How much privacy Harry and Meghan can expect in Canada

When Harry and Meghan announced in early January that they were stepping away from their senior royal roles, royal experts wondered how they’d balance their desire to keep their Sussex Royal brand while also striking commercial deals, something absolutely, positively verboten for working royals.

Now, both statements sync on one important point: The Sussexes can’t use their Sussex Royal brand for their non-profit going forward. And it’s the inclusion of “royal” in the title that is the sticking point.

Right from the start, the couple is prepared to fight over everything, including the sort of non-profit being contemplated, even though nothing has officially been unveiled. While the Buckingham Palace (BP) statement says, “It has been therefore agreed that their non-profit organization, when it is announced this spring, will not be named Sussex Royal Foundation,” Harry and Meghan’s statement pointedly rebuffs that wording: “The Duke and Duchess of Sussex do not plan to start a ‘foundation,’ but rather intend to develop a new way to effect change and complement the efforts made by so many excellent foundations globally.”

We could have done it, you know.

While the BP statement includes, “The Duke and Duchess of Sussex do not intend to use ‘Sussex Royal’ in any territory post spring 2020,” that agreement must have been a big sticking point for the couple, who wanted to use that valuable brand. They begin their paragraph on this point with, “While there is not any jurisdiction by the monarchy or Cabinet Office over the use of the word ‘royal’ overseas…” In other words, they could have used the “royal” branding in the lucrative United States market and elsewhere but have magnanimously decided not to. Left unsaid is that multiple names for one’s brand in multiple markets breaks all the rules of Marketing 101.

They also conveniently ignore the country they are currently living in, namely Canada. Because, under Canadian law, federal government permission “has to be obtained by the applicant where the word ‘Royal’ is used as a prefix in a corporate name and where it suggests royal patronage.” And just being the sixth in line to the throne isn’t enough to get you a royal moniker for your non-profit

Let’s take a swipe at dutiful William and Kate, shall we?

As the Sussexes announced they wanted to leave their royal roles, they applied for worldwide “Sussex Royal” trademarks on everything from clothing to stationery.

Now, those applications are being removed. Yet while the BP statement said the trademark applications were filed “as protective measures, acting on advice from and following the same model for [William and Kate’s] Royal Foundation,” the Sussex Royal website draws William and Kate into the dispute by using the full name of their non-profit, the Royal Foundation of the Duke and Duchess of Cambridge, in its own wording, leaving the impression that the Cambridges had asked for similarly extensive global trademarks for their own foundation. They hadn’t.

What else is in Harry and Meghan’s update?

Their 1,114-word update went well beyond the “royal” name tiff. It’s enough to make for a tense family dinner for the House of Windsor:

a) “While there is precedent for other titled members of the royal family to seek employment outside the institution, for the Duke and Duchess of Sussex, a 12-month review period has been put in place.” In other words, some royals get to do what Harry and Meghan wanted in their initial request to undertake some royal duties while also making money, yet it’s the Sussexes who are unfairly on probation. Though they don’t name names, the likely target is widely assumed to be HRH Princess Michael of Kent, who uses her royal styles and titles on her non-fiction books as well as novels. Yet, she’s also a relatively unknown royal (her husband is No. 48 in line to the throne). Neither she nor her husband undertake full-time duties, and indeed, for the longest time, her husband wasn’t in the line of succession as he’d married a Catholic. So that’s hardly a fair comparison to the most famous couple in the world.

b) “During this 12-month period of review, the Duke’s official military appointments will not be used as they are in the gift of the Sovereign. No new appointments will be made to fill these roles before the 12-month review of the new arrangements is completed.” This seemed designed to squash the report in the Times that Harry’s leadership of the Royal Marines was being transferred to his dutiful, loyal and hard-working aunt, Princess Anne. Yet, it also leaves those military organizations in limbo as “the Duke will not perform any official duties associated with these roles.”

c) “It was decided in January that their institutional office would have to be closed, given the primary funding mechanism for this official office at Buckingham Palace is from HRH the Prince of Wales.” It’s a conspicuously passively phrased sentence for the laying off of 15 staff members because of the Sussexes’s own decision. Indeed, it implies that it was Prince Charles who was really responsible, as the funding from his Duchy of Cornwall was cut. As Harry’s dad is still financing their endeavours, it’s hard to see how this phrasing will engender warm and fuzzy feelings.

Who else should we criticize?

“We hope that you use this site as the source [italics added] for factual information,” ends the Sussex update. In other words, listen to us, not Buckingham Palace, that hotbed of anti-Harry and Meghan sentiment. Or the media. Yeah, never trust the media.

What wasn’t in either message?

While many assume the phrasing “the Duke and Duchess of Sussex do not intend to use ‘Sussex Royal’ in any territory post-spring 2020” applies to the account name, that isn’t explicitly clear, especially as that sentence is in the middle of three sentences all devoted to the title of a non-profit. Also unknown is the fate of their sussexroyal.com website.