Harry and Meghan's first big royal tour: Here's what you need to know

The royal couple will travel more than 50,000 km and complete 76 official engagements as they work their way from Sydney to Suva to Rotorua 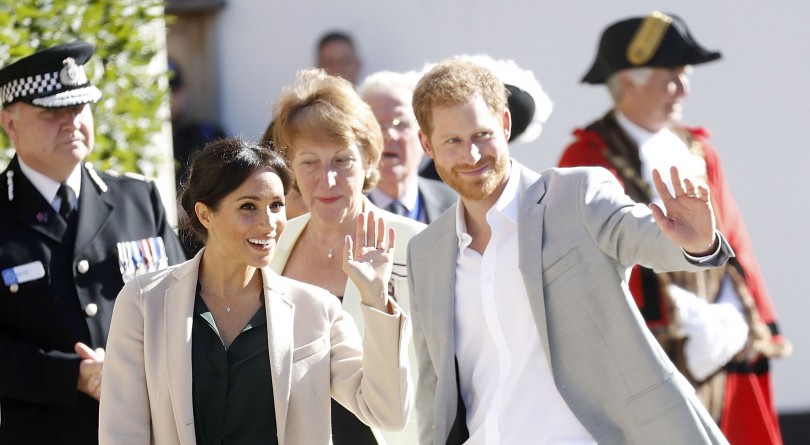 Meghan, Duchess of Sussex and Prince Harry, Duke of Sussex wave during an official visit to Sussex on October 3, 2018 in Chichester, United Kingdom. The Duke and Duchess married on May 19th 2018 in Windsor and were conferred The Duke &amp; Duchess of Sussex by The Queen. (Chris Jackson/Getty Images)

The laid-back life that Prince Harry and his bride, Meghan, Duchess of Sussex, have enjoyed since their May wedding comes to a sudden end on Tuesday. That’s when they will touch down in Sydney, Australia for the start of a high-profile royal tour. In 16 days, they will complete some 76 engagements in Australia, Fiji, Tonga and New Zealand. The itinerary has something for everyone, including petting koalas and their joeys at a breeding programme at the Taronga Zoo in Sydney to travelling to Tonga to have a dinner with King Tupou VI and Queen Nanasipau’u.

Many of the events will focus on “youth leadership, and projects being undertaken by young people to address the social, economic, and environmental challenges of the region” according to the royal communications department. In particular, the couple will attend Sydney’s Invictus Games, spending time with the athletes and their families, just as they did a year ago in Toronto. It was at a wheelchair tennis semi-final match that Harry and Meghan went public with their relationship, appearing hand-in-hand to cheer on the Australian and New Zealand competitors.

Meghan will take part in events that focus on her own nascent charitable areas of interest, including meeting female vendors at the Suva Market in Fiji who have been helped by a UN project, Markets for Change. In New Zealand, the royal couple will celebrate 125 years of women’s suffrage in that nation.

Like the post-wedding tour of Canada by Prince William and the former Kate Middleton in 2011, this will be a baptism by fire as the newlyweds are plunged into a detailed, intense tour filled with a dizzying array of formal and informal events. And, like the Cambridges’ nine-day hop-scotch visit to Canada, this two-week journey will be conducted under the full glare of the world’s media — virtually all of London’s royal press corps is flying to Sydney after covering Princess Eugenie’s wedding.

If that wasn’t enough, this tour will be a challenge for a couple known to blow through carefully timed schedules by shaking more hands than expected, hugging lots of kids and plunging into conversations while on walkabouts. Except for a 24-hour blitz visit to Dublin, they’ve done relatively few engagements since their wedding. Indeed, from the May wedding to October 10, Harry has done 52 engagements, including 33 with Meghan. (The newest royal undertook her own first solo engagement in September when she opened an art exhibition at the Royal Academy.) For the year, Harry is in 11th place when it comes to the busiest royals. By contrast, since the beginning of May, Prince William completed 105 engagements, while the Duke of Gloucester, the 74-year-old cousin of Queen Elizabeth II undertook 121.

What few moments Meghan and Harry have away from the public will largely be consumed by travel. From their arrival in Sydney to their departure from Auckland, New Zealand, they will travel around 15,275 km. Add their trips to and from London (another 35,300 km) and the grand total comes to more than 50,000 km — more than the circumference of the Earth.

Regardless the pressures of undertaking a large-scale tour to four Commonwealth nations a few months after their marriage, the couple have known that such challenges were in their future. “Both of us have passions for wanting to make change, change for good,” Prince Harry said on the day their engagement was announced last year. “And you know with lots of young people running around the Commonwealth, that’s where we’ll spend most of our time hopefully.”